US president Donald Trump said mental health, not guns, were to blame for one of the deadliest mass shootings in the US. 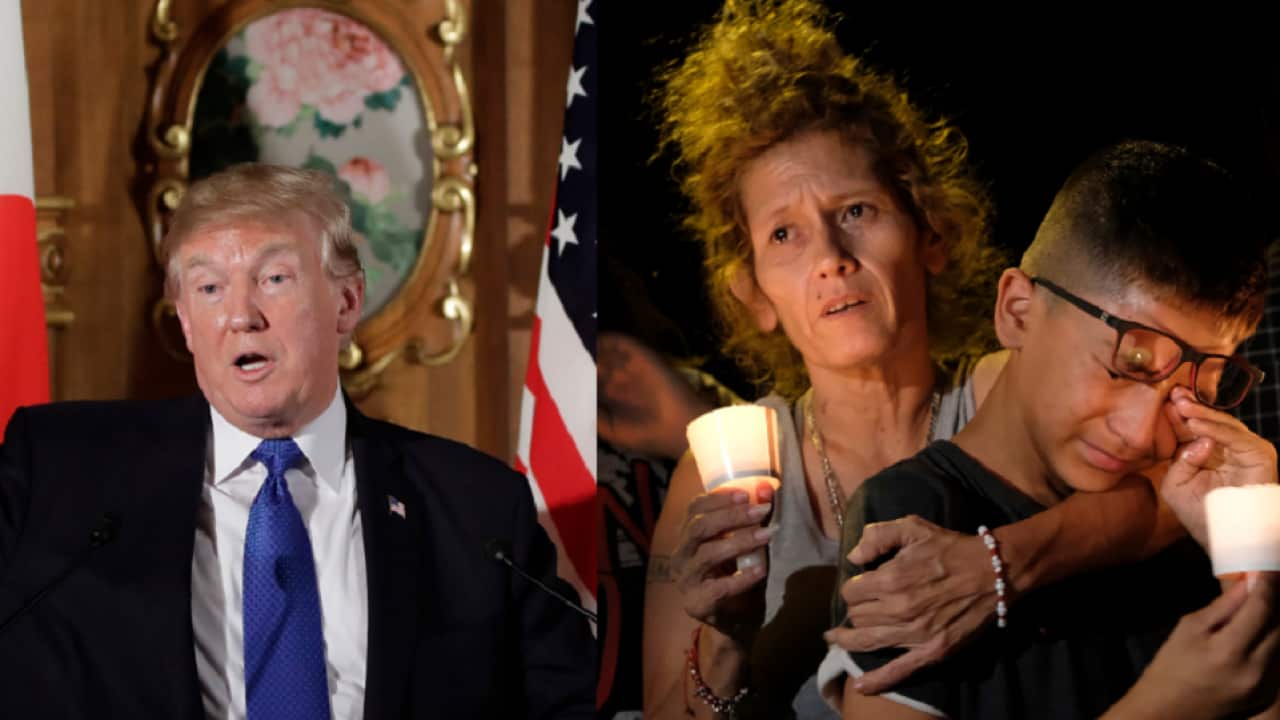 US president Donald Trump said the "horrific shooting" inside a Texas church that killed 26 people was a "mental health" issue and guns were not to blame for Sunday's carnage, which came just five weeks after the worst mass shooting in modern US history.

"We have a lot of mental health problems in our control, but this isn't a gun situation," he said on Monday.

"I think that mental health is your problem here. This was a very - based on preliminary reports - a very deranged individual."

Advertisement
But many Democrat politicians and celebrities have taken to social media calling for tighter gun control.

Former US president Barack Obama, who responded to 14 mass shootings during his presidency, expressed his condolences and called for action to stop gun violence.

"We grieve with all the families in Sutherland Springs harmed by this act of hatred, and we'll stand with the survivors as they recover. May God also grant all of us the wisdom to ask what concrete steps we can take to reduce the violence and weaponry in our midst," he tweeted.

Democrats leader Nancy Pelosi said: "As we mourn the lives that were cruelly cut short today, we must resolve to drive violence from all our communities."

But it was not just politicians who were lending their voice to the debate.

Hollywood stars, comedians and musicians expressed their want of change.

"When a plane crashes, air travel becomes exponentially safer [because] of the lessons learned.  But 1 mass shooting after another...nothing," comedian Sarah Silverman tweeted.

US pop star Lady Gaga wrote: "Prayers for #SanAntonio and all the families who are suffering the loss of loved ones. I’ll pray also for #GunControl."

And Netflix talk show host and long-time gun control advocate Chelsea Handler wrote on Twitter: "I don't know how these poor people are supposed to accept that their government watches these mass shootings and does nothing. It's so sick."


Their call for change came after a gunman stormed into a Baptist church during Sunday morning services and killed at least 26 people.

The shooter, whose motives were not immediately clear, was dressed all in black and wearing a ballistic vest, authorities said.

Though officials did not identify the gunman, multiple media outlets named him as Devin Patrick Kelley, 26, adding that he had been dishonorably discharged from the Air Force.

He was also found dead after the assault.

Earlier Mr Trump pledged his administration would provide "its full support to the great state of Texas and all local authorities investigating this horrible crime".

"We cannot put into words the pain and grief we all feel," the president added.

Mr Trump's host, Japanese Prime Minister Shinzo Abe, tweeted his "deepest condolences", saying: "I wish to express heartfelt solidarity with the people of the United States during this difficult time."

He added: "My thoughts are with those who suffered injuries in the incident."