As a parliamentary inquiry into online safety is due to report back on its findings, those trying to use social media for good are speaking out. 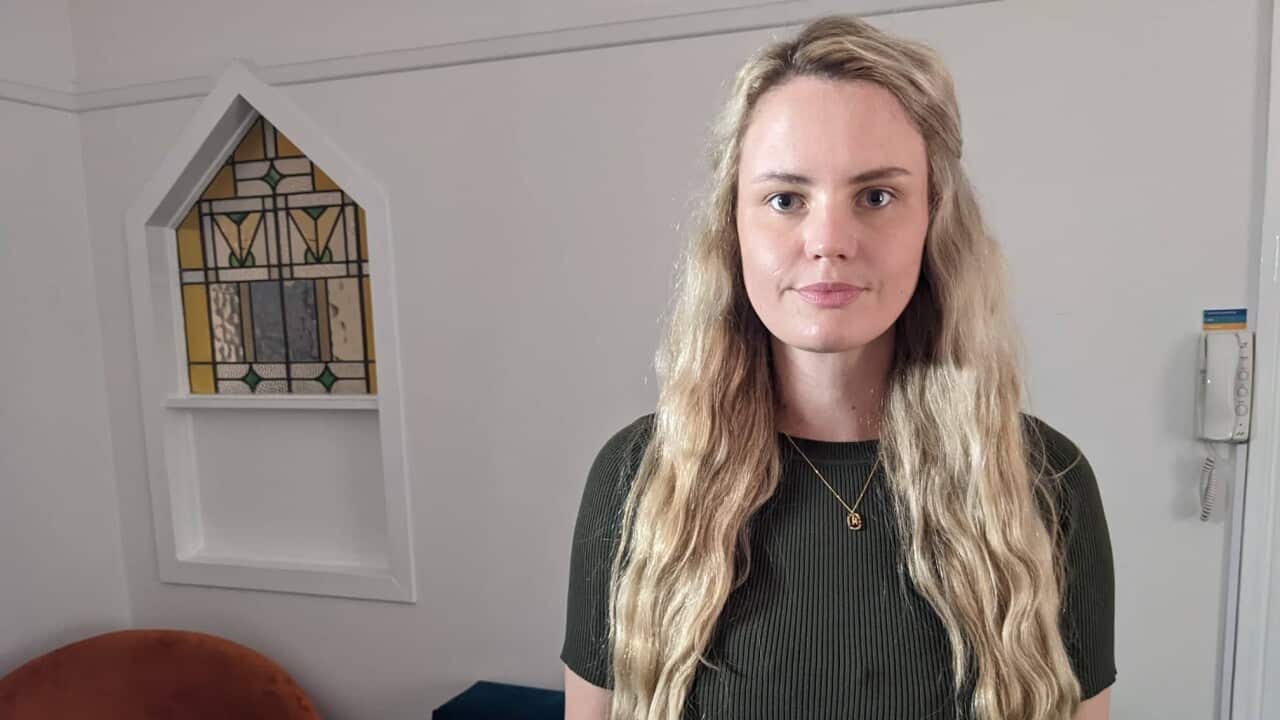 For nearly a decade, Mia Findlay has been dedicated to helping empower people to overcome their eating disorders.

The 34-year-old from New South Wales is a recovery coach whose business Beyond Body sees her provide support to people anywhere from Sydney to Sweden.

It is an issue that lies close to Mia’s heart. She developed an eating disorder when she was 19.

Advertisement
“I really suffered very quietly for six years. Nobody knew I had an eating disorder,” she says.

Nobody knew I had an eating disorder.
Mia Findlay

“I always had a very problematic relationship with my body and food for as long as I can remember. It was sort of sitting there, waiting to come to the surface.”

She was diagnosed with anorexia nervosa and overcame her illness after accessing treatment services. Now, she says, she offers others the support she previously needed.
“I think of it like every time I help somebody - whether it's responding to a DM on Instagram, or it's a client session where someone really gets it and the light bulb goes off - I got one against the eating disorder.”

“The eating disorder took a lot from me but all these years later I've ended up taking a lot more from it."

The age of influencers

Social media plays an integral role in Mia’s work. Her Instagram page and YouTube channel, What Mia Did Next, have 80,000 followers and subscribers.

“I can honestly say that social media made an enormous difference to the success of my recovery, in a positive way, because of the way I used social media and seeking out positive influencers, being able to identify things that were having a negative impact or pulling me in a negative direction,” she says.

But in the age of digitally altered photos, Mia says she has since seen an escalation in cases of body image distress.

“It’s having a very real impact,” she says when asked if social media was driving the surge.
“We used to look at magazines and we all had a level of awareness that there was photoshopping at play, and these images were being distorted, that then trickled down to celebrities on social media and now we are doing it to ourselves.

“We're all just not questioning this huge shift in perception of what we should look like and what makes us beautiful or acceptable or loveable.”
Stylist Deni Todorovic lives in Geelong, Victoria, and is a prominent social media user also known as a ‘creator’. Their Instagram page is filled with body-positive messages.

Deni has more than 60,000 followers on the platform and says it played a profound role in helping them come out as non-binary.

But, like Mia, Deni says they see a “direct link” between social media and body image distress.

“When I look just in my own home ... or my family members who are under the age of 17 ... The way that they already see themselves, the filters they use, the way that they think they should look based off the people they follow on Instagram can be really frightening because you think, 'well, what happened to a world before filters?'

“We were all awkward teenagers running around with acne and wearing braces and now we live in this world where we all think we should look like Kylie Jenner.”

We were all awkward teenagers running around with acne and wearing braces and now we live in this world where we all think we should look like Kylie Jenner.
Deni Todorovic

Around one in every 20 Australians has an eating disorder according to The Butterfly Foundation, one of the country’s leading support services for which Mia and Deni are ambassadors.

Sixty-three per cent of those with eating disorders are women and they are most prevalent in young people; the average person affected is aged between 12 and 25.

“Eating disorders do not discriminate. They can impact absolutely everyone,” says The Butterfly Foundation's Alex Cowen.
INSIGHT
'You’re just too old for this': What it's like to have an eating disorder later in life
For years, magazines and catwalks have been criticised for creating false expectations around body image and contributing to cases of eating disorders. As of 2009, it has been an issue subject to an industry code of conduct in Australia – albeit a voluntary one - but, since then, social media has boomed.

“Over the last five years, Butterfly has seen a 275 per cent increase in calls to our helpline,” Ms Cowen says.

Deni says they do not digitally alter any photos posted to their social media in an effort to spread authentic messages.

Body image was looked at as part of a recent Australian parliamentary inquiry scrutinising social media and online safety, with a strong focus on cyberbullying. Its findings, set to be released on Tuesday, will likely be used by Prime Minister Scott Morrison in his battle against the big tech companies, which he's repeatedly vowed to crack down on.

The Butterfly Foundation wants a national inquiry solely focused on body image. It believes the issue won’t be fixed without greater collaboration between social media companies, NGOs and the government, as well as heavy investment in prevention programs.

“We really need to better equip young people with the social media literacy skills to navigate the platform safely and in a way that leaves them feeling body positive.”
The Butterfly Foundation this month teamed up with Instagram and five popular creators, including Deni, to launch a campaign promoting body-positive social use. Source: Supplied
Both Mia and Deni believe social platforms and creators should face tighter regulations, to help keep channels honest and protect vulnerable users.

Mia adds: “I find it frustrating when it comes down to money over morals - when we have creators, but also companies, contributing to this trend and not making responsible changes or holding themselves accountable.”

“We're kind of fed up of seeing faces without pores, of totally made-up kind of bodies as if they've been stitched together. We're kind of getting sick of it. And we want real, we want authentic.”

How to get help

In February 2021, Instagram said it was introducing new ways to support users affected by eating disorders.

"We don't want anyone on Instagram to feel marginalised, particularly people with eating disorders or body image issues. While we already work in partnership with experts to understand how to support those affected by eating disorders, there’s always more we can learn," the company said in a statement.

Instagram's
help pages
list a series of tips to help users build body confidence, along with contact details of local eating disorder support organisations.
READ MORE
People with hidden eating disorders in Australia are being urged to seek help
Mia says she doubts social platforms will significantly change their practices, so the change needs to come from those using them.

"It's about empowering people with knowledge and reminding them that they, at the end of the day, are the gatekeepers.

"I once heard somebody say 'you need to treat your social media as if you are the editor of your own magazine'. You get to decide what ends up on those pages. These things should be educating us, they should be empowering us, inspiring us."

For help with eating disorders in Australia, call The Butterfly Foundation's national helpline on 1800 33 4673. You can also chat online or contact the organisation via email. More information can be found at butterfly.org.au.

If you have a story you would like to share with SBS News, email yourstory@sbs.com.au
SHARE
7 min read
Published 13 February 2022 at 5:27pm
By Omar Dehen
Source: SBS News
Tags
Mental HealthLife