The two leaders entered a spat on social media after Senator Cruz, a Texan Republican, responded to the chief minister's announcement of a vaccine mandate for workers in the Territory. 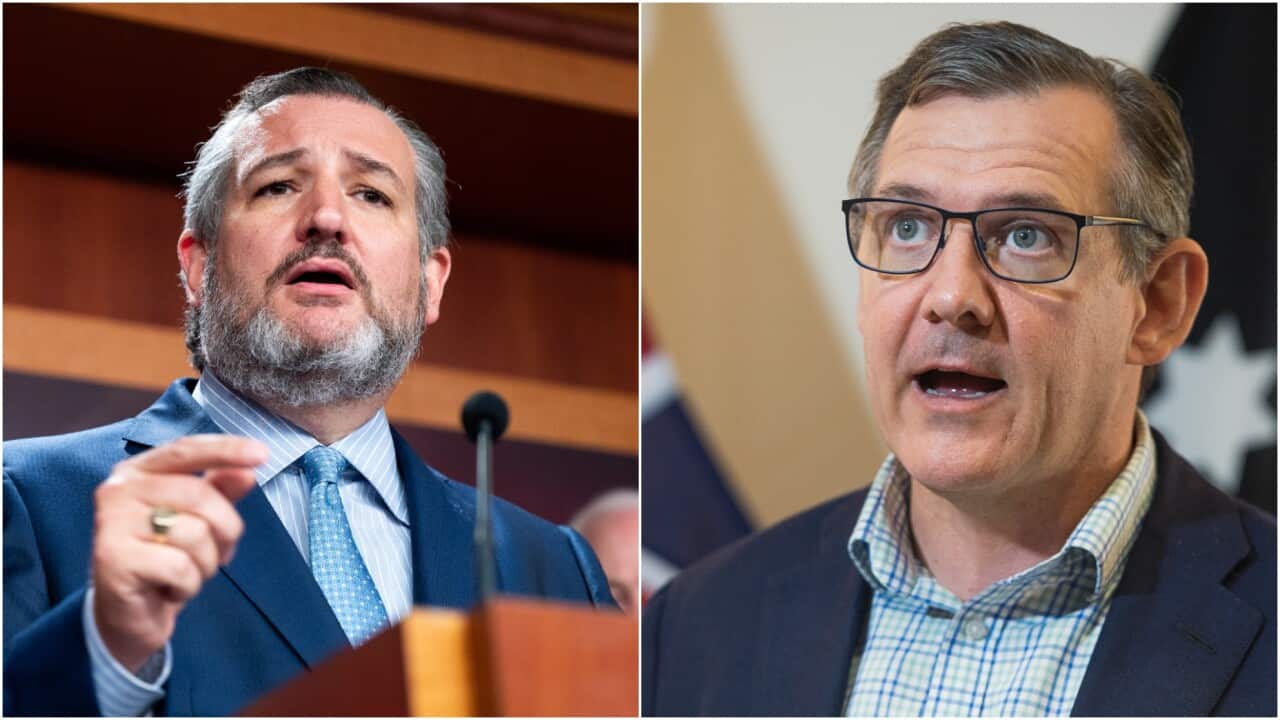 Northern Territory Chief Minister Michael Gunner has sensationally hit back at US Senator Ted Cruz for criticising the region's COVID-19 vaccine policies, saying "I'm glad we are nothing like you."

Senator Cruz, a Texan Republican, last week responded to the chief minister's announcement of a vaccine mandate for many workers in the Territory.

Sharing a video of Mr Gunner's announcement on Twitter, he said the "Covid tyranny of [Australia's] current government is disgraceful and sad."

Advertisement
"I love the Aussies. Their history of rugged independence is legendary; I've always said Australia is the Texas of the Pacific," he wrote, before going on to say "individual liberty matters."

"I stand with the people of Australia."

On Monday, Mr Gunner hit back on Twitter by sharing "a few facts about COVID down here" and tagging the US senator.

"Nearly 70,000 Texans have tragically died from COVID. There have been zero deaths in the Territory. Did you know that?" he wrote.

"Vaccination is so important here because we have vulnerable communities and the oldest continuous living culture on the planet to protect. Did you know that?

"We've done whatever it takes to protect the Territory. That's kept us safe AND free. We have been in lockdown for just eight days in 18 months. Our businesses and schools are all open. Did you know that?"

"We don't need your lectures, mate," the chief minister continued, "you know nothing about us."

"And if you stand against a life-saving vaccine, then you sure as hell don't stand with Australia.

"I love Texas (go Longhorns) but when it comes to COVID, I'm glad we are nothing like you."

The Territory's mandate requires workers in public-facing roles - including retail, hospitality and education - to have received one vaccine dose by 12 November, and to have booked in their second dose by 24 December. Otherwise, they will not be permitted to return to work and could face a $5,000 fine.

As of Monday, 80 per cent of people in the NT have had their first vaccine dose and 69 per cent are fully vaccinated.

Conversely, Senator Cruz has publicly opposed vaccine mandates in the US. Earlier this month, he criticised President Joe Biden for ordering the US Labor Department to impose one on businesses with more than 100 employees.

"The federal government has no authority to force businesses in Texas and across the country to mandate their employees get vaccinated."

Senator Cruz said while he supports the vaccine and has received it, "Americans have the right to exercise personal choice when it comes to their health."