Fortescue had government permission to clear the land in Western Australia's Weelumurra Creek area, on condition that community elders were present to perform salvage and cultural rites. 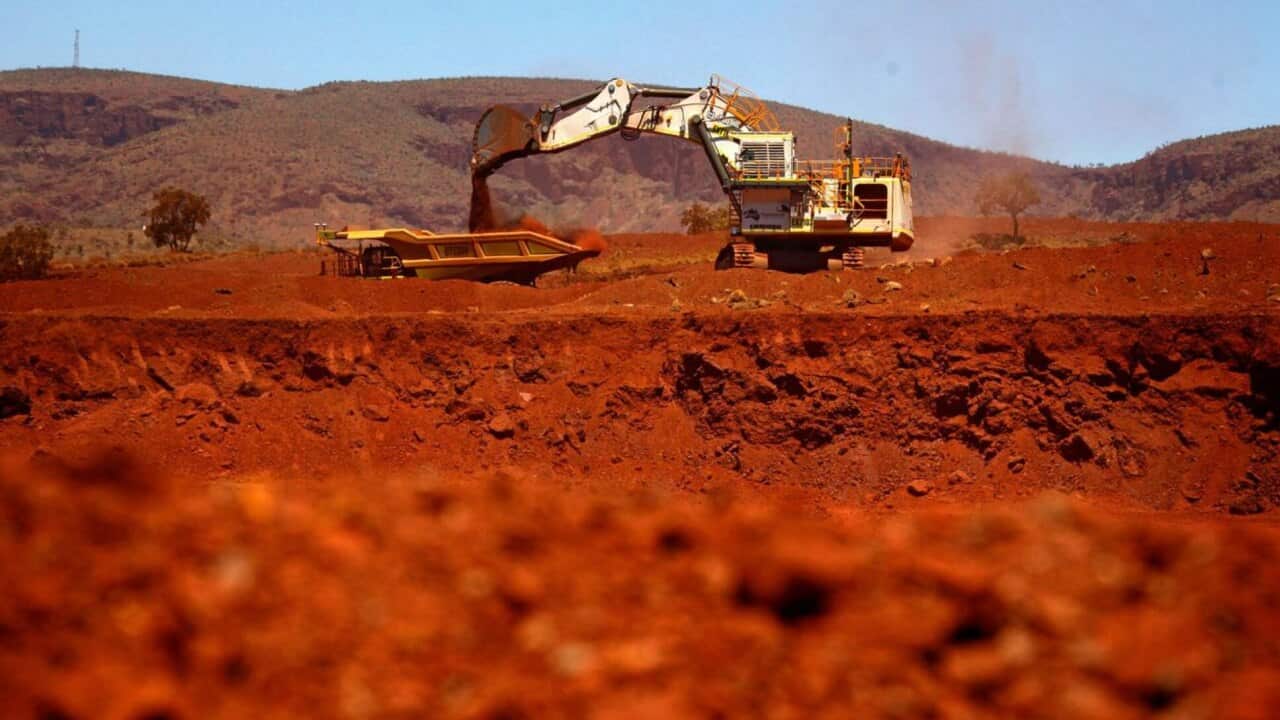 A giant excavator loads a mining truck at the Fortescue Solomon iron ore mine located in the Sheila Valley, around 400 km south of Port Hedland. Source: REUTERS/David Gray

Australia's Fortescue Metals Group has apologised to an Aboriginal group for clearing land on a heritage site while failing to meet a government condition for representatives of the community to be present when the damage took place.

It is the week's second such incident, despite pressure on Australian iron ore miners to show they have improved practices to manage important sites after Rio Tinto destroyed two sacred rock shelters for a mine expansion last May.

Fortescue had state government permission to clear the land in the Weelumurra Creek area registered as sacred to the Wintawari Guruma people, on condition that community elders were present to perform salvage and cultural rites, four documents reviewed by Reuters showed.

But an administrative error led to land clearing works earlier than scheduled on 1 February in the absence of the representatives, Fortescue Chief Executive Elizabeth Gaines said in a statement.

"I have spoken to Wintawari Guruma Aboriginal Corporation (WGAC) Chairman Glen Camille regarding this incident to personally express my regret and sincere apology on behalf of Fortescue," she said.

"We have carried out a full investigation into the matter which has shown that this unfortunately occurred as a result of an administrative error... We have paused all clearing works at this site as we work with WGAC on the matter."

Ms Gaines did not provide detail on the nature of the administrative error.
Fortescue Metals Solomon mine in Western Australia's Pilbara Source: AAP

In a statement, the community corporation said, "WGAC members are disappointed by FMG’s actions, particularly after investing so much time negotiating an outcome with them that included elders being present during the destruction.

It added, "WGAC is concerned by yet another example of poor conduct by a mining company and the apparent disregard for Aboriginal cultural heritage."

Mr Camille requested that the Western Australian government prosecute Fortescue, in a letter to the Minister for Aboriginal Affairs Ben Wyatt, reviewed by Reuters.

"We sincerely hope that you and the next Minister for Aboriginal Affairs decide to send a message to the mining industry about the importance of protecting our Indigenous heritage."

Mr Wyatt, an Indigenous man, has said he will step down from his role as Aboriginal Affairs Minister and Treasurer at the state election next month.

In a statement, he said that he had been advised that an alleged breach was under official investigation.

"The matter is being treated very seriously and with utmost priority by the department. I trust that the investigation will be managed expeditiously and concluded swiftly."

Earlier this week, BHP Group said it was investigating how a rock fall damaged a registered site at its South Flank operations that was not part of active mining operations.

SBS also publishes news in 68 languages online and on radio. Find your language at
sbs.com.au/language
and specific health information about COVID-19 at
sbs.com.au/coronavirus
.