Cabinet minister Josh Frydenberg has urged Tony Abbott to stop criticising the Turnbull government and focus instead on helping win the next election. 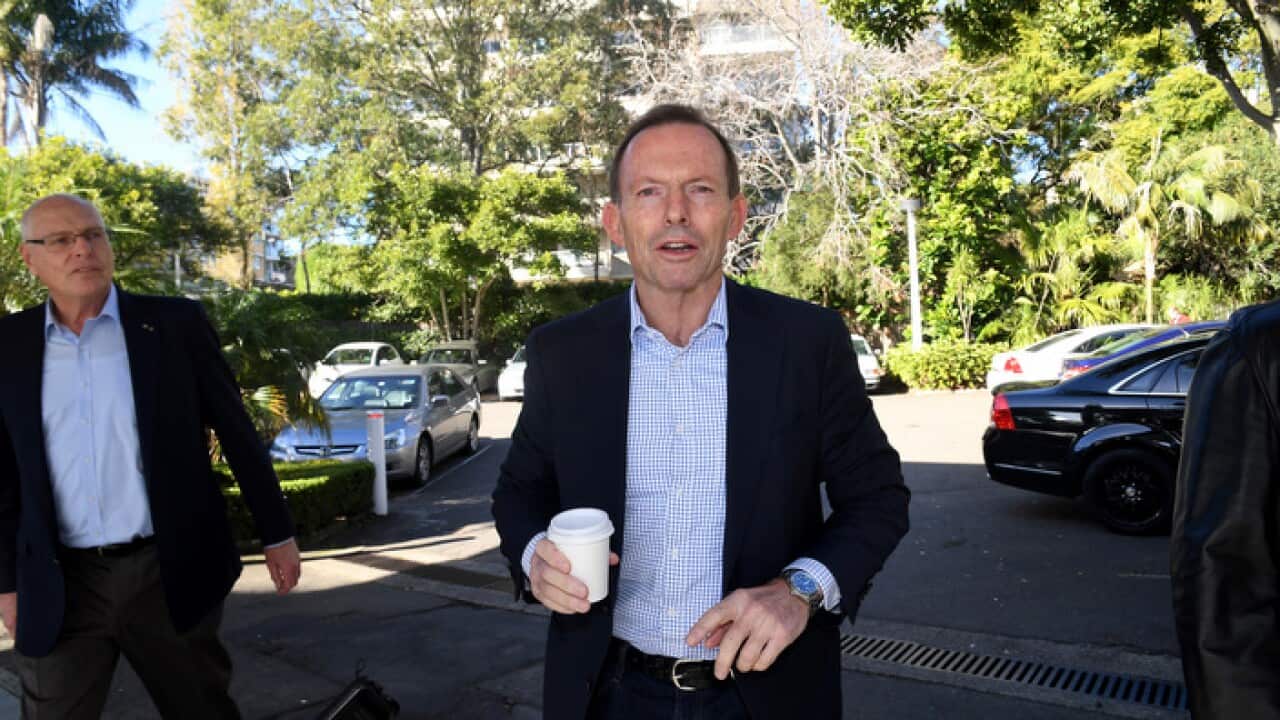 A senior cabinet minister has delivered a stinging rebuke of Tony Abbott, urging the former prime minister to cease his constant criticisms of the Turnbull government and help win the next election.

Energy Minister Josh Frydenberg - once considered a staunch Abbott loyalist - offered a scathing assessment of his old boss when asked whether he was proving a help or a hindrance.

Mr Frydenberg says the former prime minister must ask himself who benefits most from his endless critiques.

Advertisement
"Is it the party members, who want to see a continuation of the Liberal government? The answer is no," he said on Thursday.

"Is it my parliamentary colleagues - who want to see them retain their own seats and the government stay in office - the answer is no."

Nor was it the Australian people, who wanted to see the government talk about health and education, protecting people with disability and national security.

"Or is it Bill Shorten, the alternative prime minister? He's the one who's benefiting most, unfortunately, from Tony Abbott's constant interventions," Mr Frydenberg said.

It was not yet time for Mr Abbott to resign, but despite his "special status" in the Liberal Party, he must focus on delivering good government.

"That means continuing the good work that Malcolm Turnbull has already undertaken and has underway," Mr Frydenberg later told reporters in Melbourne.

Asked why Mr Turnbull refused to refer to his predecessor by name during an interview on Wednesday, the minister said the government's focus had to be on delivering for Australians.

"When we get questions about Tony Abbott or indeed other members of our team, that distracts from the main game and it actually helps Bill Shorten," he said.

"If we get on with the job of governing, then that is going to be what pleases Australians most, rather than the discussion about personalities."

Acting Labor Leader Tanya Plibersek delighted in the prime minister avoiding uttering Mr Abbott's name, dubbing him the Lord Voldemort of the Liberal Party, after the main antagonist from the Harry Potter novels.

Mr Abbott this week told party faithful, the Liberals were at "a bit of a low ebb" and described the coalition's "taxing and spending" budget as second best.

Acting Prime Minister Barnaby Joyce gave his old boss a clip around the ears, reminding him the need to negotiate over key budget measures existed when Mr Abbott was in charge.

Mr Joyce pointed out the Turnbull government was having far more success with its budget, thanks in no small part to the capacity of the prime minister and his leadership team to negotiate with the Senate.

As the infighting drags on, Liberal defector Cory Bernardi is preparing to headline a party fundraiser with a speech on the topic: "Is the party over?"

Despite the potential for inflaming tensions, Liberal frontbencher Craig Laundy is nonplussed, saying he deals with Senator Bernardi on a range of policy issues irrespective of the fact he's deserted the party.