A new book by journalist Niki Savva describes some the intrigue behind the axing of one of Malcolm Turnbull's signature policies. 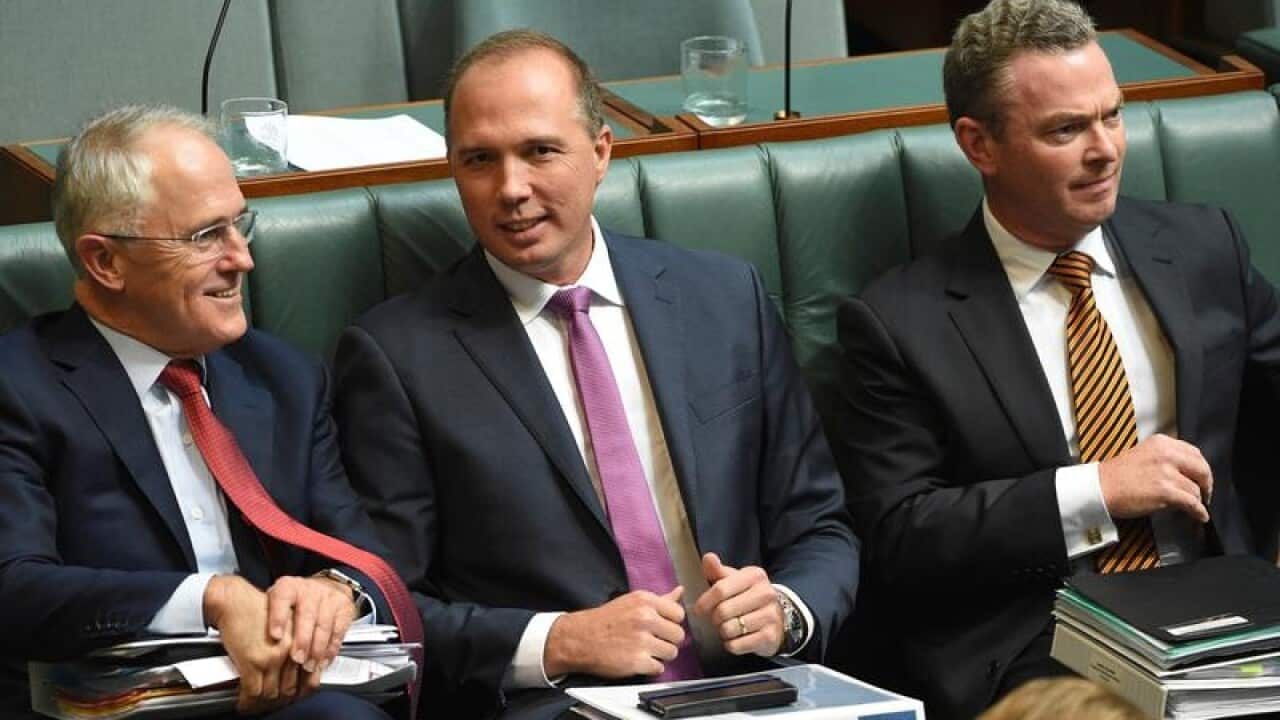 Journalist Niki Savva's new book on the Turnbull government, Plots and Prayers, released on Monday sets out some of the backroom strategy behind the axing of one of the former prime minister's key policies which eventually led to his downfall.

News reporting at the time pointed to deep divisions between conservative and moderate wings of the Liberal party over the national energy guarantee, also known as the NEG.

Advertisement
Moderates were in favour - as it balanced climate action with energy reliability and getting power prices down - while conservatives believed it positioned the coalition too close to Labor and the Greens.

But Savva reveals there was cross-factional opposition to the policy, represented by Mr Dutton from the conservatives and Mr Pyne from the moderates.

'Turnbull's plan was to bring the NEG on (in Parliament)," Mr Dutton is quoted as saying.

"(Christopher) Pyne and I went nuts."

Mr Dutton tells Savva the then prime minister's plan was to get the states to agree through the Council of Australian Governments and then have them pressure Labor to support the laws.

"It was never going to happen. There were 20 people on our side who were not going back to their electorates with photos of them sitting next to Tanya Plibersek voting on a motion supporting climate change," he told the writer.

"It would have been a complete disaster for the government. We effectively had the bill pulled."

However, Mr Turnbull believed he had the support of the party room and had the then energy minister Josh Frydenberg lodge the legislation with the parliament's table office.

Policy changes proposed by Mr Turnbull and leaked to the media were dismissed as the unrest gathered steam and it appeared the NEG would be dumped.

At a cabinet meeting just before the leadership coup week, Mr Pyne was quoted as saying: "We can keep dragging our bloodied stump across the political firmament, leaving a trail of gore behind us, or we can cut our losses and move on (from the NEG)."

Mr Turnbull then announced to reporters that the emissions component of the plan would not be legislated or regulated and the states would roll out the reliability guarantee, while the federal government focused on prices.