A long-running fight to ease intellectual property protections for COVID-19 vaccines at the World Trade Organization has ended, but experts are concerned the final outcome won't go far enough. 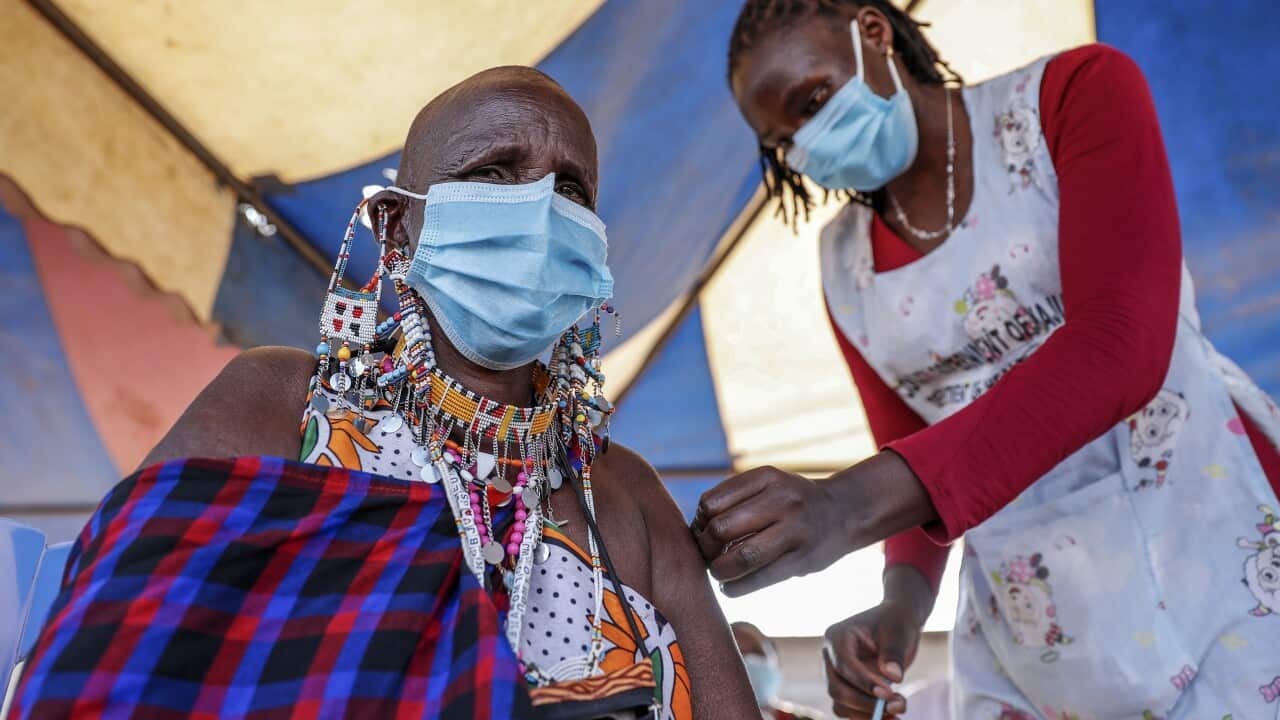 Developing countries have been let down by the limited scope of a World Trade Organization (WTO) decision to ease intellectual property protections on
COVID-19 vaccines.

Experts said the final outcome has fallen short of what is really required to combat the pandemic.

After nearly two years of negotiations, the 164-member body struck a deal last Friday over a push to allow a partial waiver on intellectual property protections. The decision means developing countries will have the chance to manufacture generic versions of COVID-19 vaccines for five years.
Advertisement
READ MORE
Australia seeks to ‘unlock’ discussions on global COVID-19 vaccine waiver
Some experts warned the response comes too late and won't go far enough to improve the health outcomes of developing nations against COVID-19.

The concerns hinge on the waiver not applying to the manufacture of COVID-19 tests and treatments, and its remit not covering trade secrets of making the vaccines.

Dr Patricia Ranald, convener of the Australian Fair Trade and Investment Network, said the agreement might not meet the needs of developing nations.

“We were disappointed with the final agreement because it’s a considerable watering down of the original temporary waiver, proposed by India and South Africa,” she said.

"Our concern is that this will not enable the actual production of more vaccines and treatments and we’ll still have a situation where the majority of low-income countries have very low rates of vaccination ... which will prolong the pandemic."

The bid to change WTO rules had initially been spearheaded by India and South Africa to overhaul restrictions preventing manufacturers from overriding patents on the vaccines aimed at making them more accessible.

The previous government led by Scott Morrison had thrown its support behind the move last September, after it also received the backing of US President Joe Biden's administration.
READ MORE
Australia has pledged another $85 million to the COVAX scheme, but experts say it's still not enough
But the WTO negotiations had also faced initial opposition from countries with major pharmaceutical producers, such as the United Kingdom and Switzerland.

Vaccine inequality has been a prevailing concern during the COVID-19 pandemic, with the take-up rates in high-income countries far outpacing their low-income counterparts.

According to the United Nations Development Programme, around one in five (18.25 per cent) of those in low-income countries have been vaccinated with at least one dose as of 15 June.

This compares to high-income countries where three in four people - or 72.07 per cent - have been vaccinated with at least one dose.

In Australia, over 95 per cent of people are double vaccinated.

The WTO’s agreement outlines it will make another decision within the next six months about extending the waiver to include COVID-19 treatments and tests.

But Dr Ranald is concerned the protracted negotiations to secure the vaccine agreement show any further deal would also likely face delay.

Australia’s Trade Minister Don Farrell responded with a more optimistic view of the agreement, describing it as a “powerful signal of global solidarity in fighting COVID-19”.

“It will support equitable access to vaccines for developing countries, including across the Indo-Pacific region,” he said in a statement.

But the European Federation of Pharmaceutical Industries and Associations (IPFMA) has voiced its concern, warning the deal could undermine the response to future global health threats.

It has said the decision sends a “dangerous signal”, claiming intellectual property should be protected as it helped enable the fast-paced development of vaccines.

The IFPMA, the body representing biopharmaceutical companies in Geneva, has also expressed deep disappointment with the decision saying intellectual property had not been a barrier to vaccine scale-up.
READ MORE
The WHO wants 70 per cent of the world vaccinated by mid-2022, but can we get there?

Concerns over impact on developing countries

Tim Costello, campaign director of the End COVID for All said he was “pleased” a final outcome had been achieved by the WTO, but a steep challenge continued to face developing nations.

“We in our minds think the pandemic is behind us and largely are getting on with our lives but for poor nations that’s the case,” he said.

“Poor countries are still fighting for their lives, their economic future - it hasn’t moved on for them.

“What we know is the fragility of the health systems of poor nations means that even when we get vaccines there, getting them into arms is extraordinarily difficult."

COVAX, a vaccine-sharing initiative to get COVID vaccine doses to low and middle-income nations has pledged 2 billion shots but is running behind schedule.

Australia has contributed more than 40 million doses to the initiative and intends to deliver a total of 60 million for the Indo-Pacific region.

But while the supply of vaccines is a challenge, obstacles also remain for low-income countries with the distribution challenges of getting jabs into arms.
READ MORE
Dan Tehan says nations must set aside 'self-interest' to fight vaccine inequity
Health Minister Mark Butler met with his G20 counterparts on Monday and Tuesday to discuss continued efforts to address concerns over global vaccine inequality.

“None of us is protected until all of us around the world are protected through vaccination,” he told reporters.

“We know there is substantial supply now across the world.

"But one of the challenges is getting them through health systems that might not be as developed as they could be in richer countries.”
Health Minister Mark Butler speaks to the media during a press conference at Parliament House in Canberra. Source: AAP / LUKAS COCH/AAPIMAGE
Simon Eccleshall, head of programs at Médecins Sans Frontières Australia, an international group that provides emergency medical aid, said distribution concerns remained.

“The practical problems and delays mean that people are not getting vaccines that are arriving in countries,” he said.

Liam can't afford to move out of home. He hopes the minimum wage increase will change that