The Australian Bureau of Statistics estimates it's received 10 million same-sex marriage surveys with less than a month to go until the cut-off. 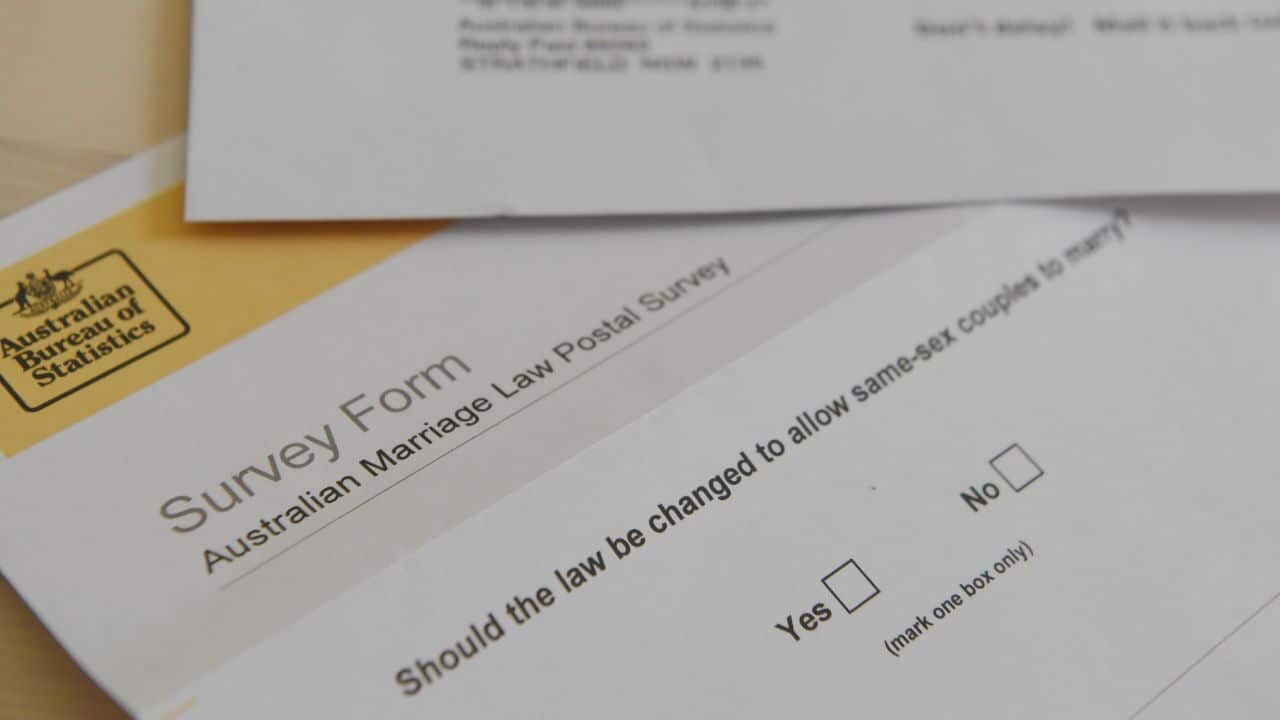 Ten million Australian have had their say in the same-sex marriage survey, with less than a month to go in the national poll.

As of Friday, 62.5 per cent of the voting papers had been received, up 800,000 forms from the previous week, the Australian Bureau of Statistics said on Tuesday.

The numbers are an estimate based on bulk containers and not a count of individual or processed forms.

With the survey due to close on November 7, both sides of the campaign have been rallying behind their causes.

The Equality Campaign has released a video encouraging all Australians living overseas to take part by nominating a trusted person in Australia to fill in the form on their behalf, or they can use a unique 16-digit secure access code to submit a response online or by phone.

The video features award-winning Harry Potter actor Miriam Margolyes, who divides her time between the UK and Australia with partner Heather Sutherland, telling voters "your participation is vital".

"There are still millions of surveys that need to be posted back to the ABS, we want every Australian to have their say and post YES for marriage equality," Equality Campaign Co-Chair Anna Brown said in a statement.

From the 'no' camp, news has emerged that the Anglican Diocese of Sydney donated $1 million to the Coalition for Marriage's campaign.

Coalition spokesman Lyle Shelton said the increase in returned ballots was "encouraging" and volunteers would continue to campaign "at full speed".

"A change to the definition of marriage will affect everyone, including those who might not vote," he said in a statement.

Just a couple of hours before the ABS released its latest figures, a giant NO was written in the sky above Melbourne by a group who turned to crowdfunding to publicise their anti-same-sex marriage stance.

The same group paid for "Vote No" to be written above Sydney in September.

The sky writing group are not a part of the Coalition for Marriage, who distanced themselves from the stunt.