The pill will be distributed to 105 less-developed nations, including India, Indonesia, Pakistan, and Nigeria. 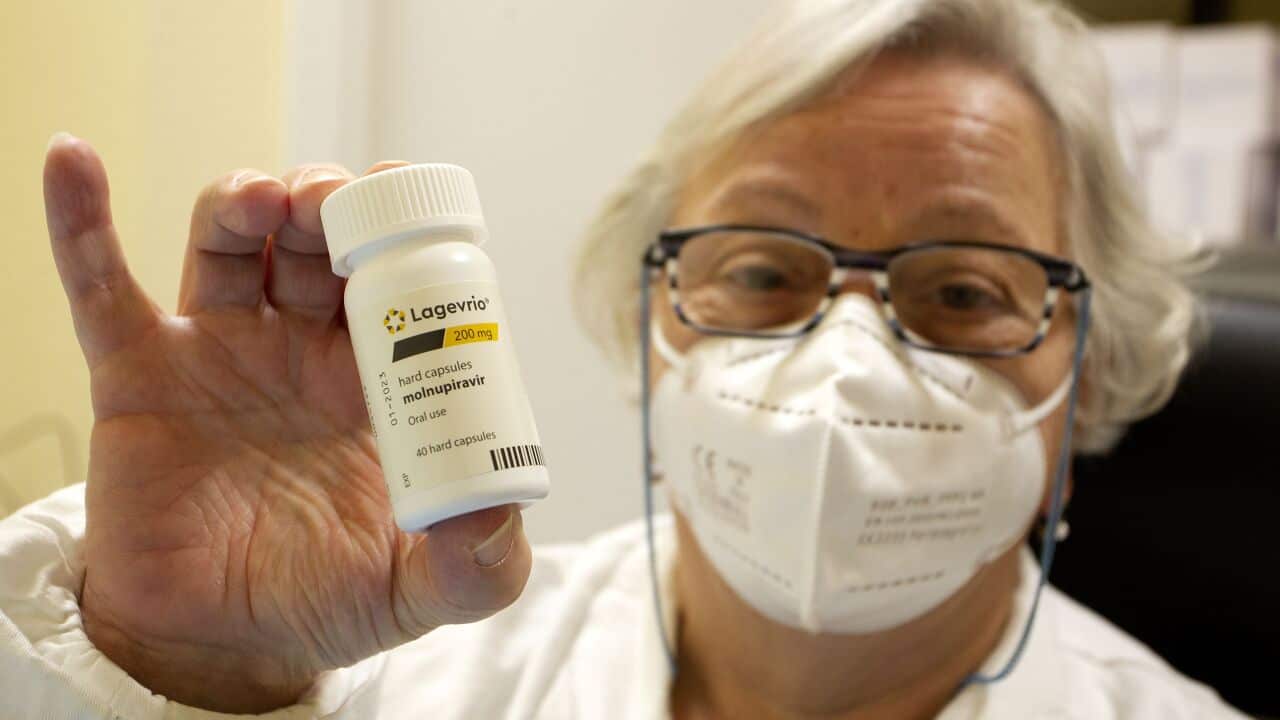 Both Pfizer and Merck antiviral drugs have been hailed as potentially revolutionary in the fight against Covid-19. Source: Getty

Nearly 30 generic drugmakers in Asia, Africa and the Middle East will make cheap versions of Merck & Co's COVID-19 pill, under a landmark UN-backed deal to give poorer nations wider access to a drug seen as a weapon in fighting the pandemic.

Merck's early greenlight to production of its anti-viral pill molnupiravir by other companies during the pandemic is a rare example in the pharmaceutical sector, which usually protects its patented treatments for longer periods.

However, there are questions about molnupiravir which has shown low efficacy in trials and has raised concerns for side-effects, and lengthy procedures for approvals may delay supplies in many poorer nations for months.

Advertisement
Under the deal, negotiated by the UN-backed Medicines Patent Pool (MPP) with Merck, the US company will not receive royalties for the sale of the low-cost version of the pill while the pandemic continues.

The MPP said the deal stipulated the pill would be distributed to 105 less-developed nations, including India, Indonesia, Pakistan, Nigeria, Bangladesh, Ethiopia, the Philippines and Egypt.

A molnupiravir course of 40 pills for five days is expected to cost about A$28 in poorer nations, an MPP official involved in the talks with drugmakers told Reuters, citing initial estimates from drugmakers, which are subject to change.

That is far below the A$965 per course the United States agreed to pay for an initial delivery of 1.7 million courses, but twice as high as first estimated by the World Health Organization (WHO)-backed programme to procure COVID-19 drugs and vaccines for the world.

The new agreement allows 27 generic drugmakers from India, China and other countries in Africa, Asia and the Middle East to produce ingredients and the finished drug.

An MPP spokesperson said deliveries from some firms covered by the deal could start as early as February subject to regulatory approval.

While molnupiravir is in use in the United States after approval in December, some other Western countries have cancelled or are reconsidering orders after the drug showed low efficacy in trials.

Molnupiravir has also not been approved by the World Health Organization, which makes its sale at the moment not possible in most developing countries with limited regulatory resources for national authorisations.

The drug can already be sold in India, after it received emergency approval from the national regulator, but it is not currently recommended for use because of safety risks.

The developers of molnupiravir, which alongside Merck are US firm Ridgeback Biotherapeutics and Emory University, will not receive royalties for the sale of the low-cost versions made by generic drugmakers while COVID-19 remains classified as a Public Health Emergency of International Concern by the WHO.

The MPP spokesperson said there was no firm estimate yet of the likely output from generics makers covered by the deal, but that poorer nations' demand was expected to be largely covered.

The MPP works to increase access to life-saving medicines for poorer countries. It also has an agreement with Pfizer for the sub-licensing of its COVID-19 pill paxlovid to generic drugmakers.