The new prime minister has taken little time to announce a new frontbench which keeps experience in place while promoting new talent. 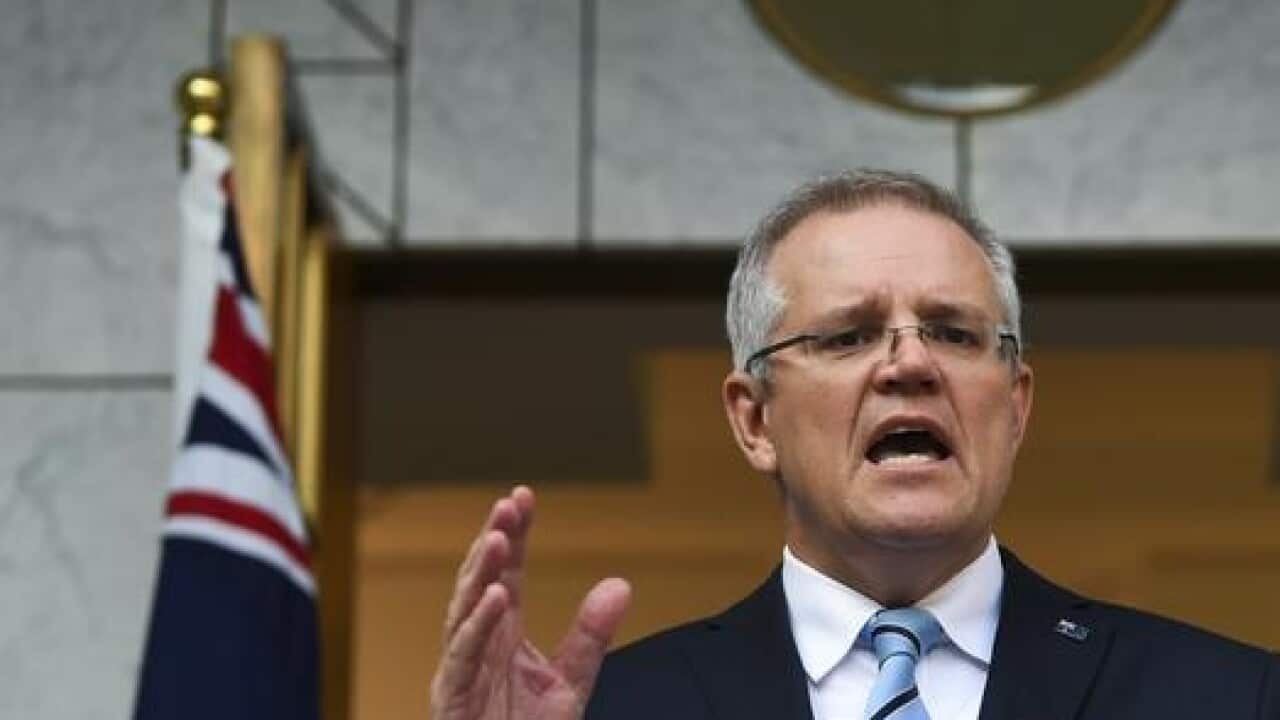 Scott Morrison says his new ministry will prepare the government for an election. Source: AAP

Scott Morrison is hoping to move on quickly from the political circus of last week by bringing together some of the coup instigators and Turnbull backers under the one tent.

But before his new 23-member cabinet and wider ministry is sworn in on Tuesday, he will tour western Queensland to get a first-hand picture of the drought.

Later in the week he will head to Jakarta as the final touches are put to the Indonesia-Australia comprehensive economic partnership agreement.

Mr Morrison said his new ministry - which includes some of those behind the toppling of Malcolm Turnbull - would bring healing to the coalition and prepare the government for an election due by May 2019.

It includes six women - up from five under Mr Turnbull - but three-quarters of his full ministry is male.

"This new Liberal-National team is a next-generation team," Mr Morrison told reporters on Sunday, noting that it would also bring "healing" after a divisive week in which Mr Turnbull was dumped.

It will enable Mr Taylor to come up with a policy to cut power prices and provide reliable electricity, while Ms Price focuses on emissions and issues such as the Great Barrier Reef.

"We need a strong focus on our immigration program so it brings the skills and the harmony and the unity that we want from the program," Mr Morrison said of the change.

"The minister for home affairs will focus on everything from cybersecurity to law enforcement to border protection, security agencies, and will focus more principally on security tasks."

Victorian MP Alan Tudge will take on population and infrastructure, which Mr Morrison said was "one of the larger challenges that I know is burning in the minds and conversations of Australians."

"Alan Tudge is the minister for congestion busting."

Marise Payne will take over from Julie Bishop as the new Foreign Affairs Minister. Source: AAP
\

With Julie Bishop going to the backbench and expected to retire from parliament at the next election, former Defence Minister Marise Payne takes on Foreign Affairs.

Dan Tehan has been moved into the troubled education portfolio while his predecessor Simon Birmingham moves to trade and tourism.

Mathias Cormann has been returned as finance minister and Senate leader.

Mr Morrison has brought back the old portfolio of Industrial Relations, handing it to Kelly O'Dwyer who will oversee the coalition's attacks on union misconduct while also taking a fresh look at productivity gains from workplace reform.

David Coleman will have the new responsibilities of immigration and citizenship. Source: AAP

But Mr Joyce was made special envoy for drought assistance and drought recovery, ahead of Mr Morrison visiting drought-hit western Queensland on Monday.

Brisbane-based former frontbencher Jane Prentice will retire at the next election.

Barnaby Joyce has been appointment as the special envoy for drought assistance. Source: AAP

Who's who in the new cabinet