A NSW woman has brought the charred remains of her house to Parliament House to demand action on climate change. 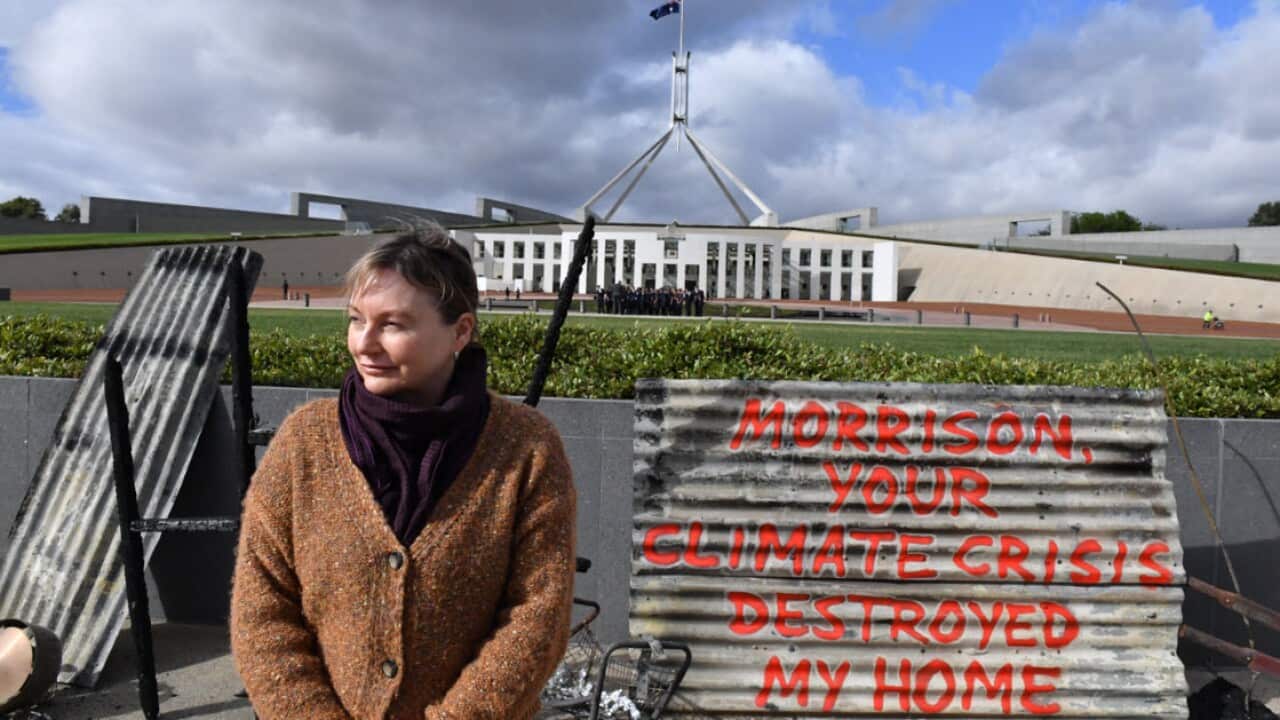 Melinda Plesman stands with the remains of her burnt-out house, outside Parliament House in Canberra, Monday, 2 December 2019. Source: AAP

Melinda Plesman wanted Prime Minister Scott Morrison to see what she says is the result of his government's inaction on climate change.

So she carted the charred remains of her family home of 35 years from Nymboida, 45 kilometres south-west of Grafton, to Parliament House in Canberra.

"Morrison, your climate crisis destroyed my home," is written on a blackened sheet of corrugated iron.

Advertisement
Ms Plesman's home was one of 600 properties burnt down in bushfires that raged across NSW and Queensland last month.

She and her husband Dean Kennedy are now living in an "altered reality" in a hotel in Grafton.

She said she has no need for the Prime Minister's thoughts and prayers and rejected his comments that the bushfire crisis was not the time to discuss the link to climate change.

"That was like the tipping point, this is just not good enough. What we need is climate action and we need it now. We need to stop opening up coal mines, we need to move towards 100 per cent renewable energy."

Mr Morrison dodged questions about the link between the unprecedented bushfires and climate change for days, despite scientists and a coalition of former fire chiefs making the case.

He finally responded to their criticism, arguing there was no direct link between Australia's greenhouse gas emissions and the severity of the early bushfires.