In the largest study since the deadly outbreak began, Chinese health officials have published the details of more than 40,000 conoravirus cases. 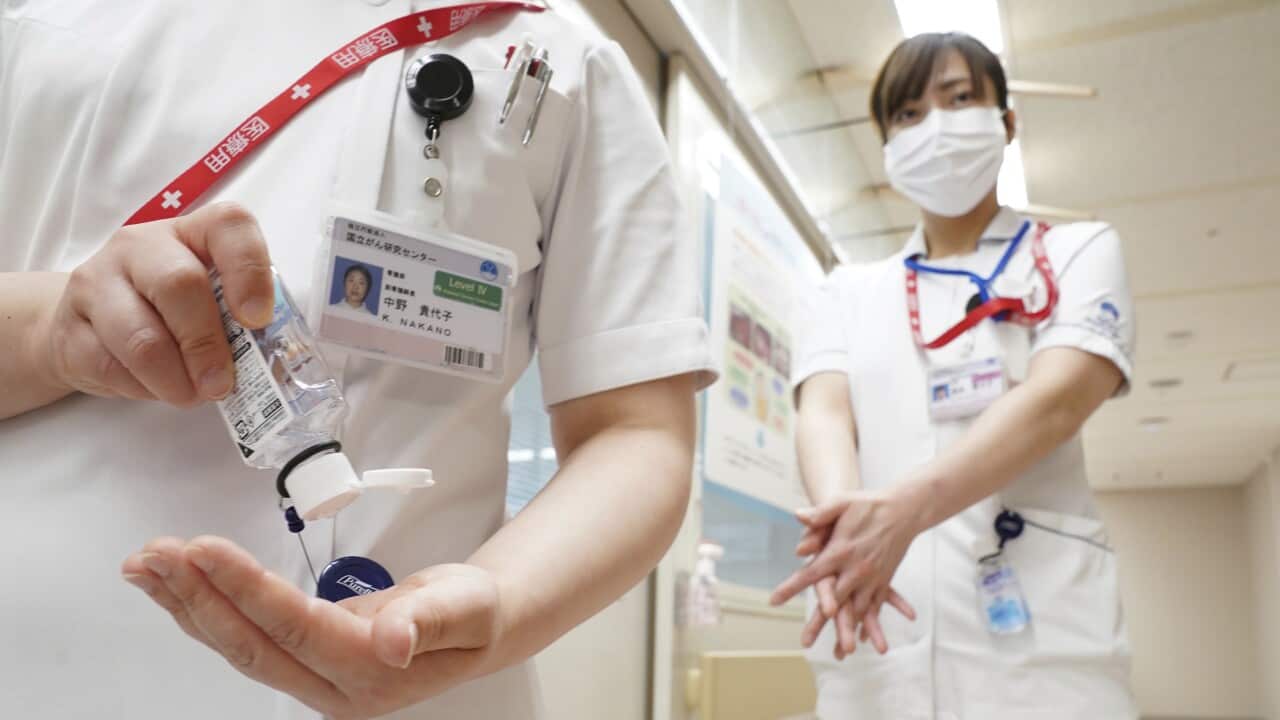 The number of coronavirus-hit patients has reached to 72,436 and the death toll has been confirmed 1868 so far as of 18 February in China. Source: AAP

Most people infected by the new coronavirus in China have mild symptoms, with older patients and those with underlying conditions most at risk from the disease, according to a study by Chinese researchers.

The disease has now killed nearly 1,900 people and infected more than 72,000 in China since it first emerged in the central city of Wuhan late last year.

Workers produce 26000 protective clothing every day and sent them to Wuhan in 24 hours in Shijiazhuang, Hebei, China. Source: AAP

Advertisement
A paper published in the Chinese Journal of Epidemiology looked at the 72,314 confirmed, suspected, clinically diagnosed, and asymptomatic cases of the virus across China as of 11 February.

It is the biggest study on novel coronavirus patients since the outbreak began in late December.

Here are the main findings from the paper by the Chinese Centre for Disease Control and Prevention (CCDC):

Some 80.9 per cent of infections are classified as mild, 13.8 per cent as severe and only 4.7 per cent as critical.

A nurse carries a portable antiseptic solution for cleaning hands at the National Cancer Centre in Tokyo, Japan. Source: AAP

The highest fatality rate is for people aged 80 and older, at 14.8 per cent.

The study finds that patients with cardiovascular disease are most likely to die of complications from the novel coronavirus, followed by patients with diabetes, chronic respiratory disease and hypertension.

There were no deaths among children aged up to 9, despite at least two cases of newborn babies infected through their mothers.

Police and medical workers stop vehicles on the highway road blockade for a health check in Guangzhou, China. Source: AAP

The overall death rate from the virus stood at 2.3 per cent.

While the Severe Acute Respiratory Syndrome (SARS) outbreak of 2002-2003 affected fewer people, the fatality rate was nearly 10 per cent.

The US Centres for Disease Control says between 26 million to 36 million Americans contracted seasonal flu between October 2019 and February 8 this year, and there were between 14,000 to 36,000 deaths - a fatality rate of around 0.1 per cent.

Nearly 86 per cent of those who have contracted the illness had either lived in or travelled to Wuhan, where a seafood market that illegally sold wild animals is believed to be the original source of the virus.


The city in central China's Hubei province has been under lockdown since 23 January.

A total of 3,019 health workers have been diagnosed, 1,716 of whom were confirmed cases, and five had died as of February 11, the report said.

An analysis of 1,688 severe cases among medical staff showed that 64 per cent of them were working in Wuhan.

A woman at the Galanz factory in Foshan, China. According to media reports, some factories are resuming operations after shutting down because of the virus. Source: AAP

"The percentage of severe cases among Wuhan medical staff has gradually decreased from 38.9 per cent at the peak (on January 28) to 12.7 per cent in early February," the report said.

A hospital director in Wuhan died from the illness on Tuesday.

Earlier this month Wuhan ophthalmologist Li Wenliang, who had been punished by authorities for sounding the alarm about the virus, also died.

The epidemic reached its "first peak" between January 24 and 26, the report said.

It suggests there is has been a "downward trend" in the overall epidemic curve since February 11 - meaning the spread of the disease, especially outside Hubei province, was slowing.

On February 13, China broadened its definition of confirmed cases to include those who were clinically diagnosed through lung imaging, in addition to those with a positive lab test result.

The report hints that China's decision to lock down Wuhan - a city of 11 million people - and impose strict transport curbs in other affected areas may have paid off.

The virus spread as millions of people crisscrossed the country for the Lunar New Year holiday in late January.

Nuanphan Sukho wears a protective mask at her shop outside the Grand Palace in Bangkok, Thailand. Source: AAP

The authors warn that with many people returning from the holiday, the country needs to brace itself for a "possible rebound of the epidemic".

Coronaviruses may continue to "adapt over time and become more virulent", the report warns and urges doctors to "remain vigilant".