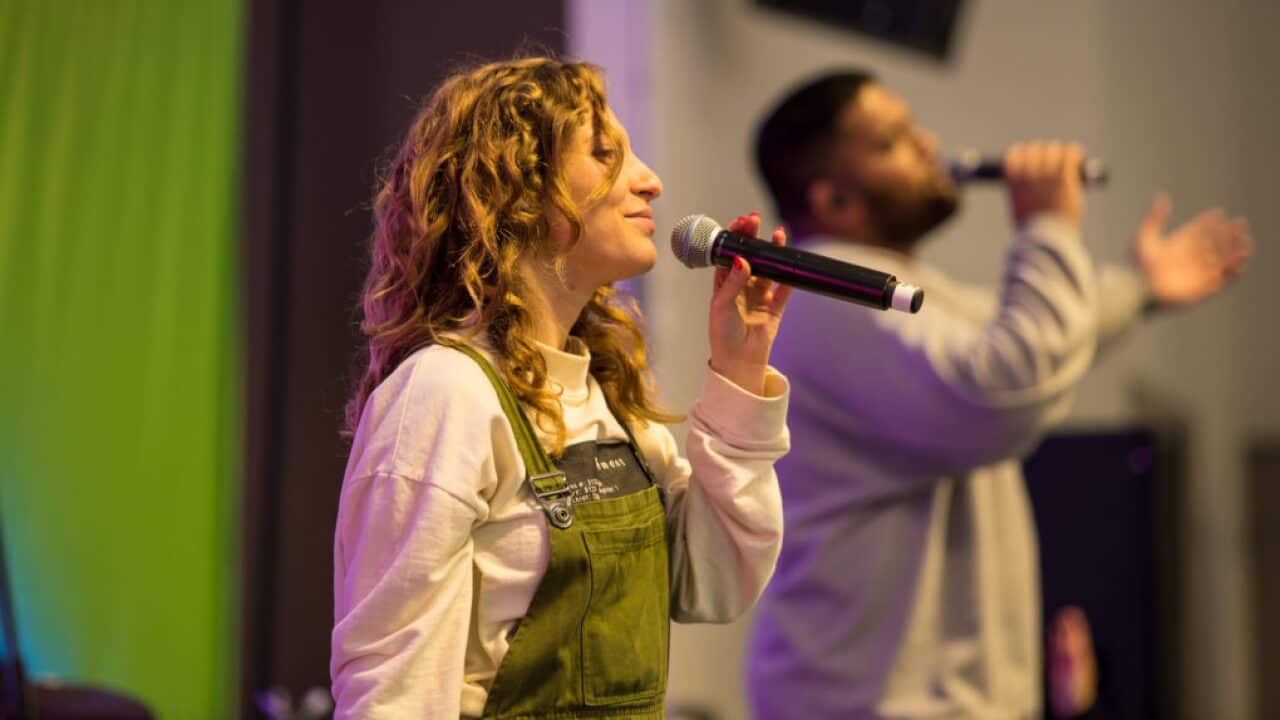 A Melbourne mother has launched a campaign to ban Hillsong Church's youth pastors from running sessions in public schools as part of a planned national tour next year.

Fiona Newton started the petition calling for the ban, saying she was alarmed by Hillsong's 2020 Schools Tour's plan to expand and "proselytise" in non-religious schools.

Ms Newton, who is in a same-sex relationship, said Hillsong had opposed same-sex marriage and she did not want her young son exposed to anti-LGTIQ+ messages.

Advertisement
"I want my son to be able to go to a school without being affected by messages like that," Ms Newton told SBS News.

"Their mission is to recruit people to their organisation and I also want to feel safe that my son's not going to school to be indoctrinated into a religion."

Fiona Newton (right) with her partner and son shortly after the announcement that the majority of Australians voted 'Yes' to same-sex marriage. Source: Supplied

More than 13,500 people have signed the online petition this week.

On Wednesday, the website for Hillsong Schools Tour appeared to be disabled, with the page replaced with an error message: "Oops! We're having trouble finding that page".

Hillsong material distributed to schools offers to run a scripture seminar for non-religious schools as well as an optional outdoor festival.

"Last year, Schools Tour reached over 34,000 students. This year, we are hoping that the Schools Tour reach extends, and more young people will be able to hear life giving messages about our Lord," Peter and Laura Toggs write in the brochure.

In a statement to SBS News, a church spokesperson said the sessions, aimed at high school students, were optional.

"Hillsong – like many other outside organisations – has for many years created programs that provide students with positive values and in many situations these don’t even mention Christianity.

"We have never had a complaint and our involvement is totally at the discretion of each school."

Ms Newtown said it was not enough for parents to have the right to request their child not attend.

"I could say 'no I don't want my son to attend these sessions' but his best friend at school might attend and he can be influenced still by some of his friends who might be under the influence or getting indoctrinated by that group," she said.

"It's just not something we want in our public schools full stop."

Ms Newton plans to present the petition to state and federal education ministers and is urging parents to contact school principals to express their concern.

Hillsong does not charge to run sessions as part of the national Schools Tour, relying on donations to fund travel and expenses.