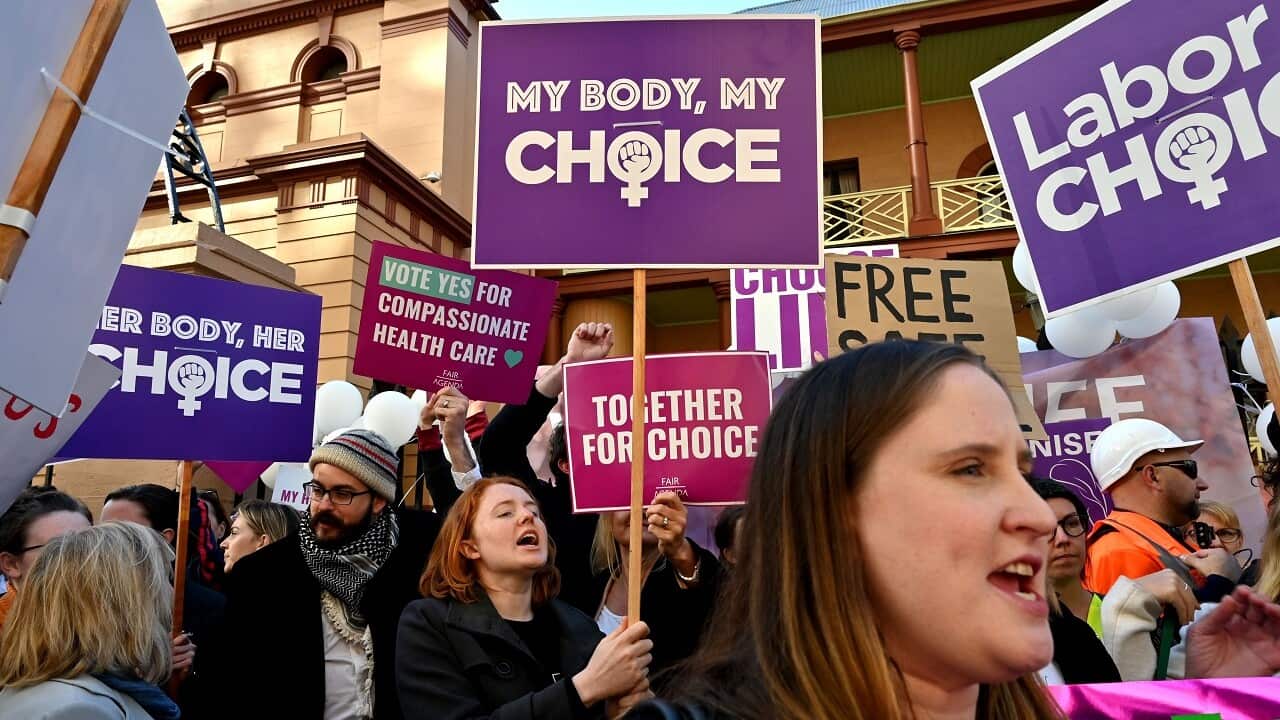 Police have stepped in after at least two MPs who voted against NSW's abortion bill received death threats.

A spokesperson for NSW Police Force told SBS News on Wednesday it was now "conducting inquiries into threats made against NSW MPs".

Advertisement
"As the matters are currently being investigated, it's inappropriate to discuss the circumstances further,' the spokesperson said.

The office of Minister for Counter-Terrorism and Corrections Anthony Roberts confirmed to SBS News the MP received a death threat "earlier in the week" but would not provide further detail.

"I'm a mother, I've got a young family and I'm simply standing up for what I believe in and for working hard to get this bill into a more humane and compassionate framework," Ms Davies told the newspaper.

Both MPs have claimed the bill was rushed and could allow for sex-selective terminations.

MPs voted in favour of the bill 59 to 31, with many cheering and clapping after the bill was passed.

The Reproductive Health Care Reform Bill allows terminations up to 22 weeks, as well as later abortions if two doctors considering all the circumstances agree the termination should occur.

The first public hearing for the inquiry into the Reproductive Health Care Reform Bill is being held on Wednesday.

Religious leaders are among those giving evidence, including Sydney's Catholic and Anglican archbishops, as well as Jewish, Maronite and Coptic Orthodox representatives.

The committee must report back their findings by August 20. The bill will then go to the Legislative Council for consideration and a vote.

Open to ban on sex-selection abortions

Premier Gladys Berejiklian has urged her upper house colleagues to put forward any changes they believe will "strengthen" the laws, namely an explicit ban on abortions based on gender.

Several MPs raised the issue during the debate on the bill.

Ms Berejiklian, who is in Europe on a trade mission, said the state's chief obstetrician had advised her that sex selection terminations were "not an issue in NSW".

"The chief obstetrician already gave us advice that there is no evidence [gender selection] is occurring in NSW," she told reporters in London overnight on Wednesday.

"But if there is more we need to do to actually allay concerns of the community, of course, we will," she said.

"Everybody regards that as an abhorrent practice."

"This is a black and white issue. The people of NSW, the parliamentarians of NSW do not support sex-selection abortions."