Anthony Mundine says he's deep in negotiations over a rematch with Danny Green, as he recovers from successful hip surgery. 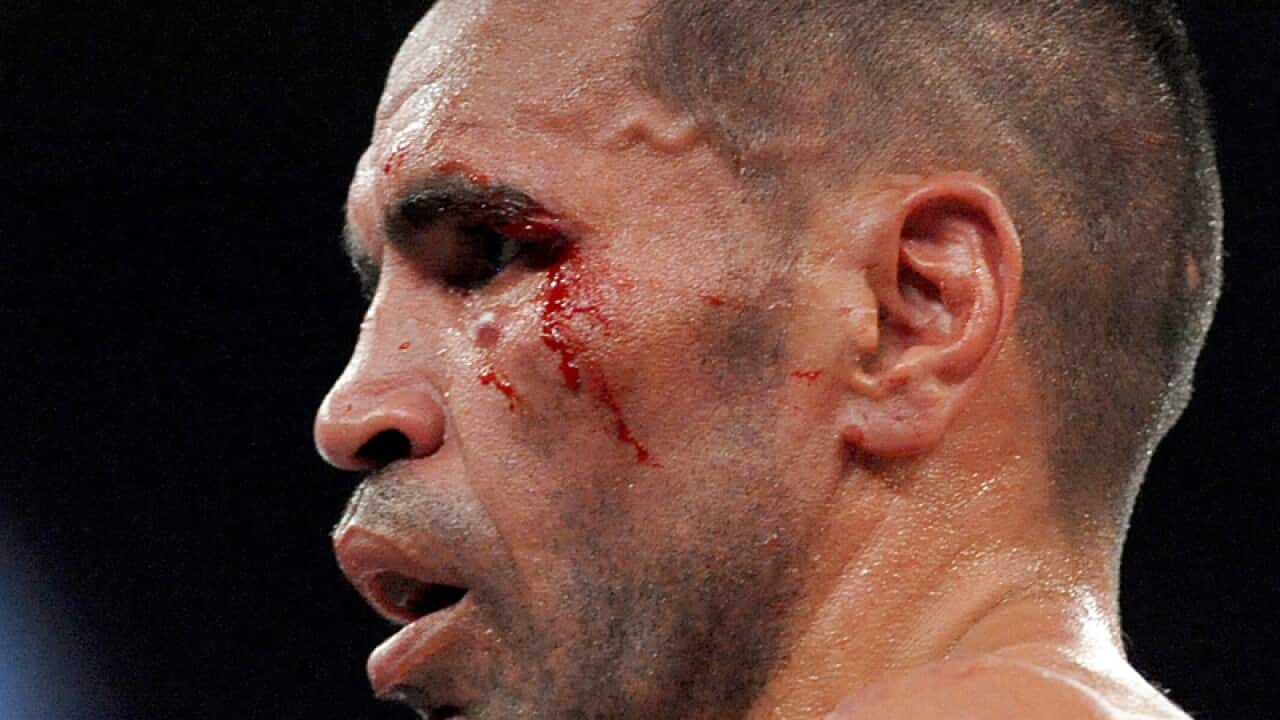 In-rehab Anthony Mundine (pic) has declared he should be ready to fight Danny Green early next year. (AAP)

In-rehab Anthony Mundine has declared he'll be ready to fight Danny Green early next year, with the rematch now looking more likely than ever and talk of an Australia Day bout even emerging.

A big-money rematch has been spoken of on and off ever since Mundine beat Green in a unanimous points decision in Sydney 10 years ago.

Rather than get back in the ring, the bitter arch-rivals have quarrelled over terms of a potential multi-million-dollar bout.

Advertisement
But Mundine said they were now deep in negotiations following his successful hip surgery four months ago, and reiterated he's prepared to fight significantly lighter than Green.

It's understood there's even been a push to stage the highly anticipated clash on Australia Day, deemed by many indigenous Australians as a day of mourning.

And while the 40-year-old would still love the bout to be held at the sacred site of Uluru, he'd fight Green anywhere and on any date for "the biggest payday out there".

"I reckon another three months I'll be right and then just prepare for the fight, I need six months to prepare to get my body right," Mundine told AAP in Sydney at a basketball clinic for disadvantaged children.

"The Green and Mundine fight is unique because of our first fight, the build-up and rivalry between two camps and him blaming it on weight and stuff - that's why I'm going to erase that claim.

"But the telling factor is the white system getting behind him.

"And me being who I am and speak the way I speak, and stand up for my plight being an Aboriginal man, race comes into it.

"That's what's going to make this fight so big."

Mundine has previously said he'd be prepared to fight at catchweight set at 83kg - meaning he would have to gain about 10kg while Green would have to drop around 6kg - but only if `The Man' gets a 60-40 share of the purse.

However he appeared to have softened his stance, only saying the money "fluctuates".

"He's going to have the advantage because I'll give away all that weight," said Mundine, who had recently been keen to fight boom Brisbane boxer Jeff Horn.

"He'll be probably 90kg by the time he gets into the ring.

Regardless, Mundine backed himself to win and drew further confidence from his ever-improving hip since his career-saving operation in England in February.

"My range of movement is just crazy now," Mundine said.

"I've never had it in six, seven, eight years - that's how long it's been.

"I'm really excited and that's why I'm confident I can beat Green no matter what."

The clinic on Tuesday was to launch Charity Bounce, a not-for-profit charity developing a community program to inspire Aboriginal, Torres Strait Islander and culturally diverse youth.