My Australia: Gladys Berejiklian - 'I stood out in class for being different'

The New South Wales Premier says she has always been deeply proud of her Armenian heritage. 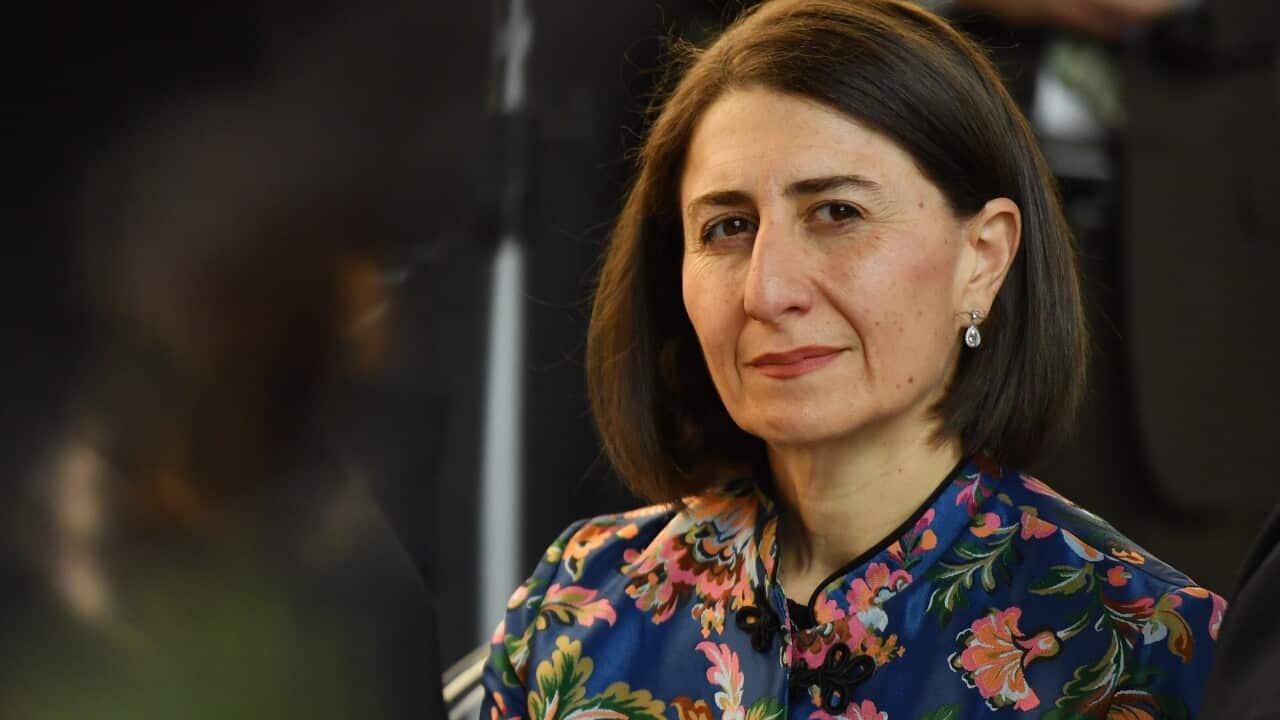 As the daughter of Armenian migrants, she says her cultural background has always been a point of pride.

Advertisement
"I never felt embarrassed, never felt ashamed, I was always very proud of my background and I guess that came from my parents instilling in us the proud traditions that our culture had, as well as being Australians,” she told SBS News ahead of Australia Day 2018.

At 47, she is the eldest of three siblings and grew up speaking only Armenian at home. When she started school aged five she didn't know a word of English.

“I can't remember how I learned it, but it obviously didn't cause me any stress. I seem to have picked it up quite quickly,” she said.

Gladys grew up only speaking Armenian at home. Source: Supplied

Her father worked on the Sydney Opera House and Ms Berejiklian attended public school in Sydney's North Ryde - now a very multicultural suburb - but not so a few decades ago.

“I stood out in the class for being different and for speaking another language, and not knowing English very well when I first started, but that's the norm these days,” she said.

“Things have changed a lot in 40 years.”

Gladys went to school in the Sydney suburb of North Ryde. Source: Supplied

She entered the banking and finance world – with a successful career at the Commonwealth Bank of Australia as an executive – before moving into politics.

She was elected as the member for Willoughby in 2003 and was appointed Transport Minister in 2011.

She served as Deputy Leader of the NSW Liberal Party from 2014 and as Treasurer from 2015, before stepping up the top job.

Her younger sister Mary said at times during their childhood, Gladys had to step into a parenting role at home.

"Because our parents were always working, Glad was always the one looking after for us. She was the one that was bringing us up,” she said.

And for Gladys, she says being Australian is about the life opportunities afforded to everyone.

Ms Berejiklian (centre) with her parens and sisters after her swearing-in ceremony in Sydney on 23 January 2017. Source: AAP

"For me, being Australian is having the opportunity to be your best. This country, this state, gives us every opportunity we could hope for. If you work hard you can make anything of yourself,” she said.

According to a report in The Australian, Ms Berejiklian will say in her Australia Day address: “To this day, my father hangs the Australian flag on the veranda of the family home in North Ryde every Australia Day. This is his way of demonstrating his gratitude and loyalty to our nation.”