My Health Record security to be tightened after backlash 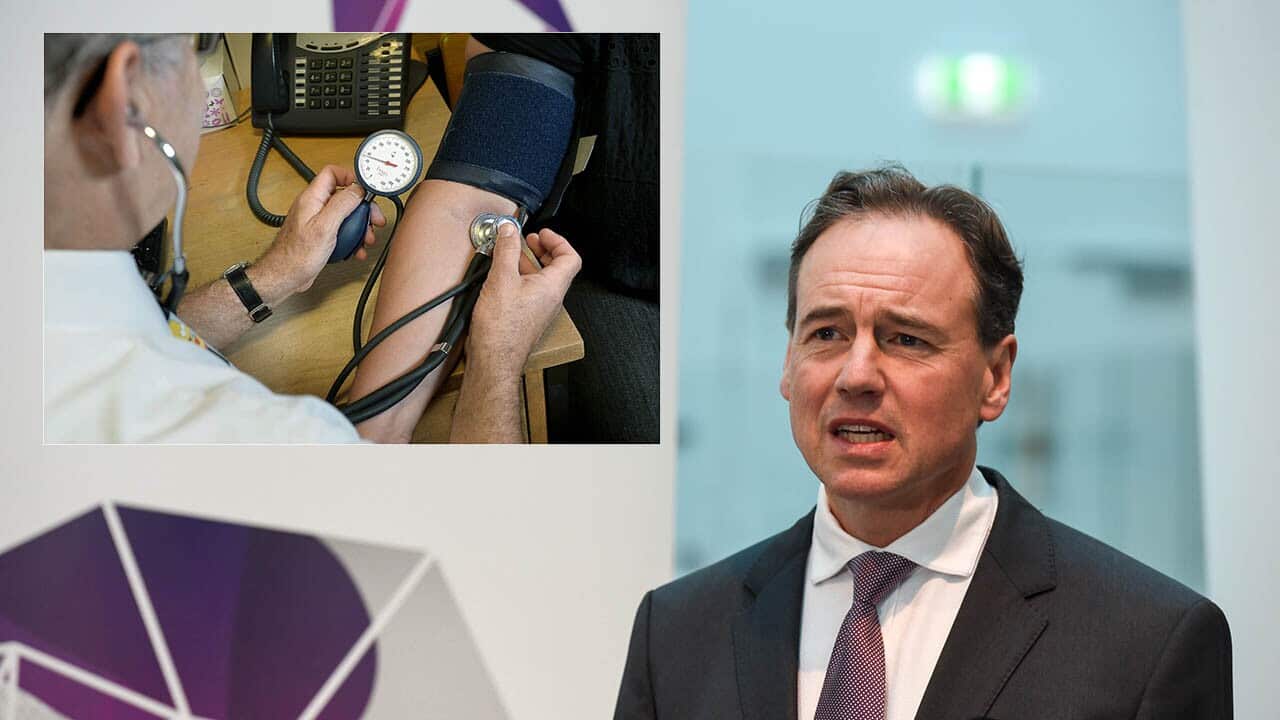 Health Minister Greg Hunt will make another round of changes to the My Health Record laws Source: AAP

Police and government agencies will not be able to access Australians' online health records without a specific court order under new rules announced by the Turnbull government, which come following weeks of backlash over the My Health Record and crisis talks with medical bodies.

Privacy provisions for the record will be strengthened so that a court order is needed for information to be released without consent - although the government stressed no records had ever been released without one.

AMA President Tony Bartone told SBS News the minister had also agreed to consider extending the opt-out period by a month from the October 15 deadline, to allow people enough time to make their decision.

"The amendment will ensure no record can be released to police or government agencies, for any purpose, without a court order," he said.

Mr Hunt said no documents have been released in more than six years under the agency's policy and no documents will be released without a court order.


"This change to the My Health Record Act will, therefore, remove any ambiguity on this matter," he said.

"In addition, the government will also amend Labor's 2012 legislation to ensure if someone wishes to cancel their record they will be able to do so permanently, with their record deleted from the system."

The changes will be made "as soon as possible".

The My Health Record Act will be brought into line with the existing Australian Digital Health Agency policy.

Opposition leader Bill Shorten has been vocal on the issue in the days after the Super Saturday by-elections, saying voters were coming forward with concerns.

"I support digitising health records, the principle of it," Mr Shorten said yesterday.

Bill Shorten: "this government is really bungling it". Source: AAP

"This government has a long way to earning the trust of Australian citizens when it comes to handling personal information, but this is a good first step for the minister to take," Digital Rights Watch Chair Tim Singleton Norton said on Wednesday.

Mr Hunt said the government will continue to advocate to the public about the benefits of the digital health record system.

The electronic database allows important health information - including prescriptions, allergies and medical summaries - to be securely shared between clinicians and their patients.

It aims to improve treatment and reduce duplication of medical tests.

But the system has faced heavy backlash over cybersecurity and privacy concerns.

Dr Bartone said the move would "remove any ambiguity" around the issue of privacy.

"Patients can now rest assured that access to their medical files remains protected by the strongest privacy guidelines and [this] will ensure that the doctor-patient relationship and sharing of patient information can continue at the most appropriate level," he said.

"The other important thing to note is that the minister has agreed to ensure that there is a robust additional information campaign to the wider Australian community to ensure full information is imparted to allow them to make a full and informed decision."

"This is excellent news and vindication for the privacy experts, medical practitioners, concerned public and even members of the minister's own government, who have all outlined their privacy concerns with this rollout," said Digital Rights Watch chairman Tim Singleton Norton.

"This government has a long way to earning the trust of Australian citizens when it comes to handling personal information but this is a good first step for the minister to take."