Prominent survivors have responded to the prime minister’s speech to the National Summit on Women's Safety, warning his words don’t match the government’s action to address these concerns. 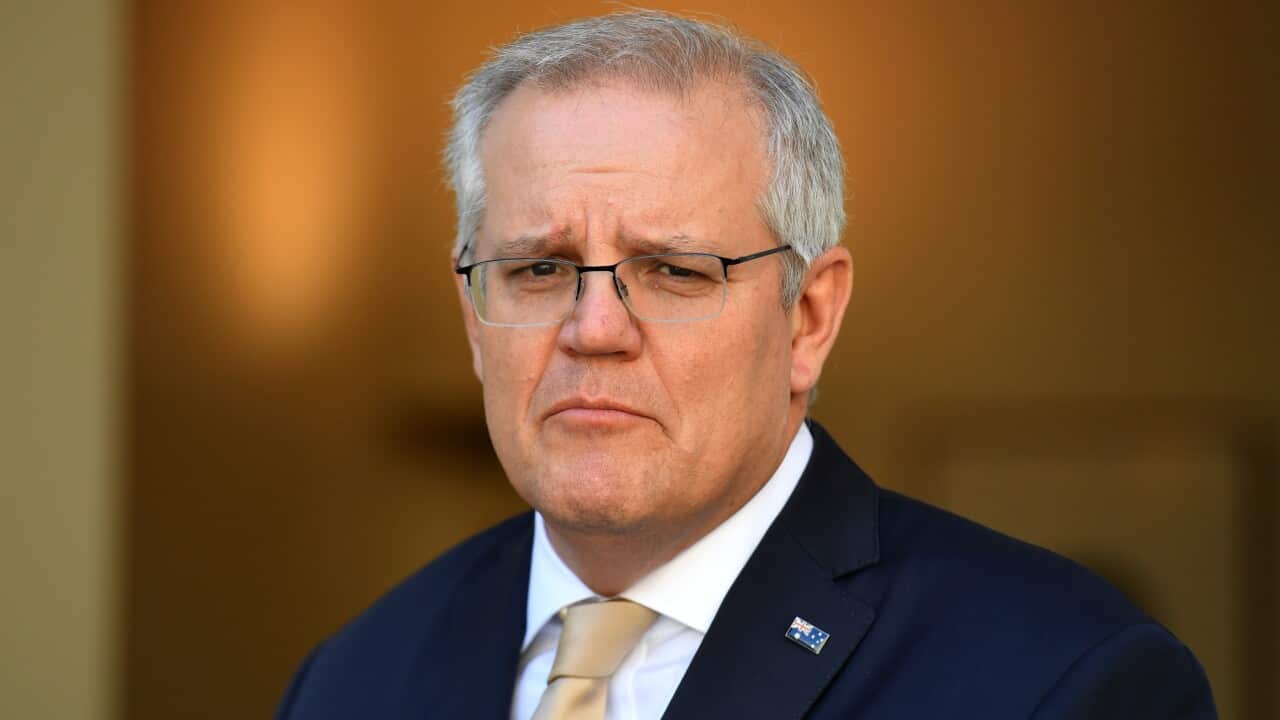 Prime Minister Scott Morrison has conceded to the National Summit on Women’s Safety that Australia is failing to do enough to protect women from domestic and sexual violence.

The virtual two-day summit is aimed at bringing together women’s advocates and experts to help shape the next national plan targeting violence against women.

Advertisement
In his address to the summit, Mr Morrison said more must be done to combat the scourge of domestic violence across Australia.

"It is not a new problem and it is not a simple problem. But Australia does have a problem," he said on Monday.

“Too many Australian women do not feel safe and too often, they are not safe and that is not OK. There is no excuse, and sorry doesn't cut it.

“There is still an attitude, a culture that excuses and justifies, ignores or condones gender inequality that drives ultimately violence against women and that is on all of us.”

On average, one woman is killed by her current or former partner in Australia every nine days and approximately one quarter of women have experienced at least one incident of violence by an intimate partner.

"That is a national shame," Mr Morrison said.

During his speech, the prime minister recounted stories of women who have suffered sexual violence and said he had heard their outrage.

He told the online summit about some of the hundreds of letters and emails he's received from survivors.

One was from a 74-year-old Queensland woman who spoke of 60 years of suffering following her rape at age 14.

"Through all the letters and emails, I felt that outage rage, the dread and the frustration that our culture is not changing," he said.

But some survivors have criticised what they described as the gap between the prime minister's comments and actions.

Former Liberal staffer Brittany Higgins tweeted that she "can't match this government's actions with the platitudes and warm sentiments they are all extending today".

Ms Higgins earlier this year ignited a wave of anger and protests after going public with her alleged rape by a colleague in a minister's office in 2019.

Australian of the Year and sexual assault survivors advocate Grace Tame said Mr Morrison had "appropriated private disclosures from survivors to leverage his own image".

"Gee, I bet it felt good to get that out," she added, echoing what she has said were the prime minister's words to her following her award speech earlier this year.

The government last week passed
a bill adopting to this point only six of the 55 recommendations of Ms Jenkins landmark Respect at Work report.

“The PM speaking at the Women’s Safety Summit acknowledging that women are not safe at work,” she tweeted.

“Yet his government votes against a majority of the Respect@Work report? He clearly doesn’t believe a word he’s saying so why should we."

The two-day summit will canvass topics including preventing and responding to violence, the specific needs of Indigenous women and financial independence.

The federal government has pointed to amended sexual harassment laws, a two-year trial starting in October of payments for women fleeing violence, and changes to superannuation disclosure in family law proceedings, as evidence of progress.

But a groundswell of anger remains, including over a failure to implement all the changes recommended by Sex Discrimination Commissioner Kate Jenkins and a stalled departmental investigation into who knew what and when about Ms Higgins' case.

Mr Morrison told the summit he wanted all women and girls to live without fear, and he labelled federal spending on the issue so far as a "down payment" on developing the next national plan.

"I want their humanity, their dignity, their innate worth as a human being and the freedoms to which they're entitled to be respected," he said.

Opposition Leader Anthony Albanese has also urged men to step up and hold themselves accountable.

"We have a long way to go, and we need federal leadership that is prepared, in both word and deed, to catalyse lasting change," he said.

The existing 12-year strategy to reduce violence against women and their children was drawn up more than a decade ago and is due to be replaced next year.