An Australian doctor working with asylum seekers has been deported from Nauru over claims she breached rules at the island's regional processing centre. 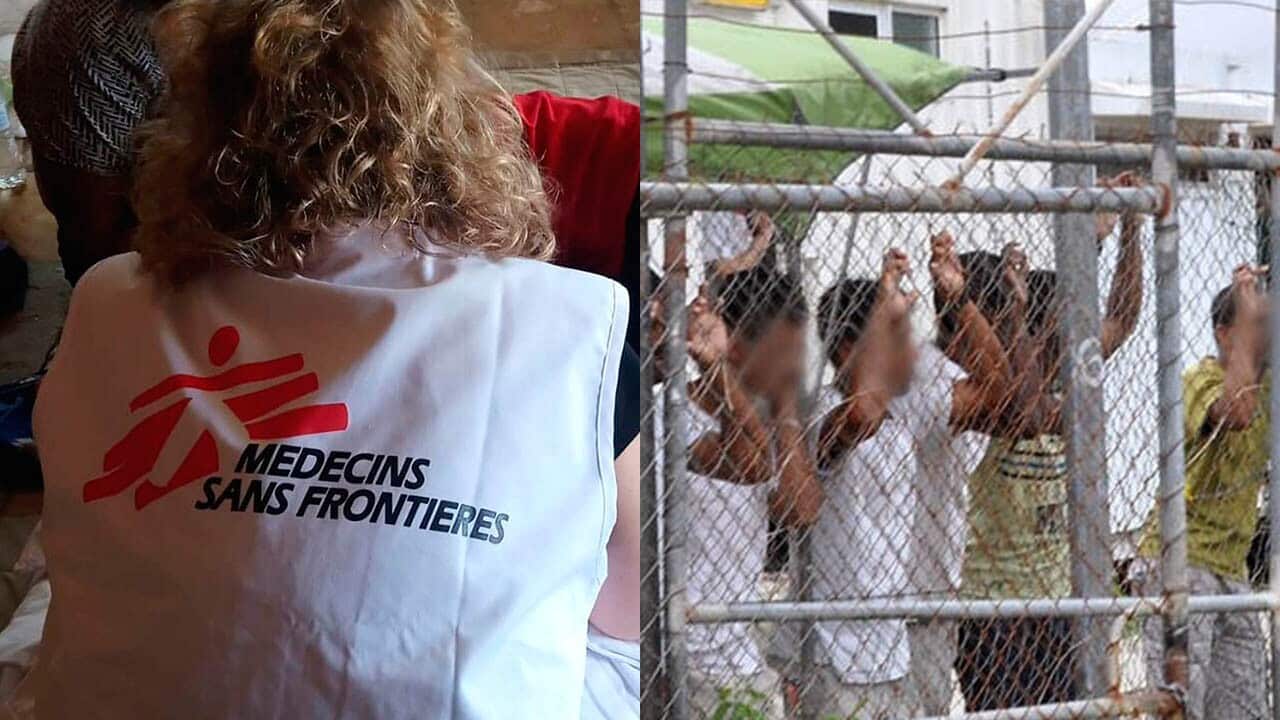 An Australian doctor working with asylum seekers has been deported from Nauru over claims she breached rules at the island's regional processing centre. Source: AAP

A senior medical officer contracted by the Australian government to look after the health of asylum seekers and refugees on Nauru is being deported from the Pacific island.

Nicole Montana, from IHMS, will be put on a plane back to Australia on Wednesday.

Her replacement is already in Nauru.

Advertisement
A spokesperson for the health contractor said Dr Montana was stood down on Tuesday for breaching the rules of the regional processing centre.

"A replacement senior medical officer is already in Nauru, there has been no impact on the services provided to transferees," the IHMS spokesperson told AAP.

A spokeswoman for the Department of Home Affairs said her removal was a matter for the government of Nauru and IHMS.

The deportation comes as thousands of Australian doctors, government backbenchers and opposition parties all express serious concerns about the health of refugees and asylum seekers on Nauru.

Three Liberal backbenchers have taken the extraordinary step of demanding Prime Minister Scott Morrison evacuate children and their families from the island.

Labor has drafted legislation aimed at speeding up the medical transfers of sick children from Nauru to Australia.

Amid the heightened health concerns, Mr Morrison signalled he is willing to accept New Zealand's offer to resettle 80 asylum seeker children and their families from offshore detention on Nauru.

But there's one condition - that they be legally blocked from ever setting foot in Australia.

Under proposed laws being refloated by the federal government, any refugee settled in a third country would be banned from ever entering Australia, even under a tourist or business visa.

The Labor opposition says the bill is an unworkable overreach, given immigration minister can already use their powers to stop individuals entering the country.

The bill has been stuck in parliament since November 2016.

Independent senators have now asked for an urgent briefing on the bill.

Mr Morrison is talking down the prospects of putting the bill to the vote this week.

"There is no support for that bill at present," he said.

New Zealand has long held the view that any such arrival bans are a matter for Australia.

"Our offer still stands. Who Australia allows across their borders is a matter for the Australian government," New Zealand Immigration Minister Iain Lees-Galloway told AAP.