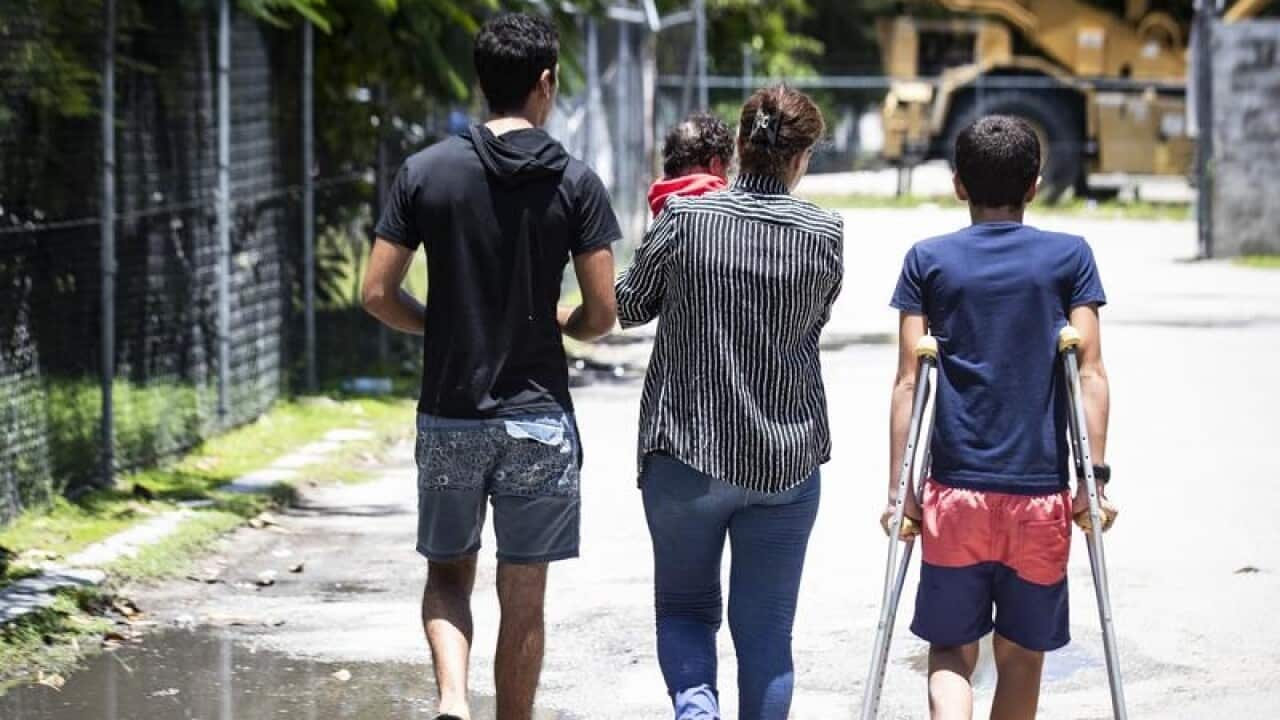 Doctors kicked off Nauru say the boat people Australia put on the island nation are suicidal and "devastated" children have lost all hope.

The group, also known as Doctors Without Borders, say they treated 78 refugee patients who either attempted suicide, had suicidal thoughts or inflicted self-harm.

Advertisement
"Five years of indefinite limbo has led to a radical deterioration of their mental health and wellbeing," MSF Australia executive director Paul McPhun told reporters in Sydney on Thursday.

"Separating families, holding men, women and children on a remote island indefinitely with no hope of protection except in the case of a medical emergency, is cruel and inhumane."

Doctors without Borders in Nauru have been told to cease their mental health service. AAP Source: AAP

He said many children are suffering traumatic withdrawal syndrome and are unable to eat, drink and talk.

The Nauru government last week suddenly kicked MSF off the island, which has a population of about 13,000 people, after it had been working there since November 2017.

But MSF later confirmed the memorandum of understanding with the Nauruan government was clear that refugees and asylum seekers would be provided services.

"Beneficiaries of the project: People suffering from various mental health issues, from moderate to severe, members of the various communities living in the Republic of Nauru, including Nauruan residents, expatriates, asylum seekers and refugees with no discrimination," the agreement stated.