The government’s move to introduce a $1,500-a-fortnight wage subsidy has been widely applauded, but casual workers who have worked for less than 12 months have been left out. 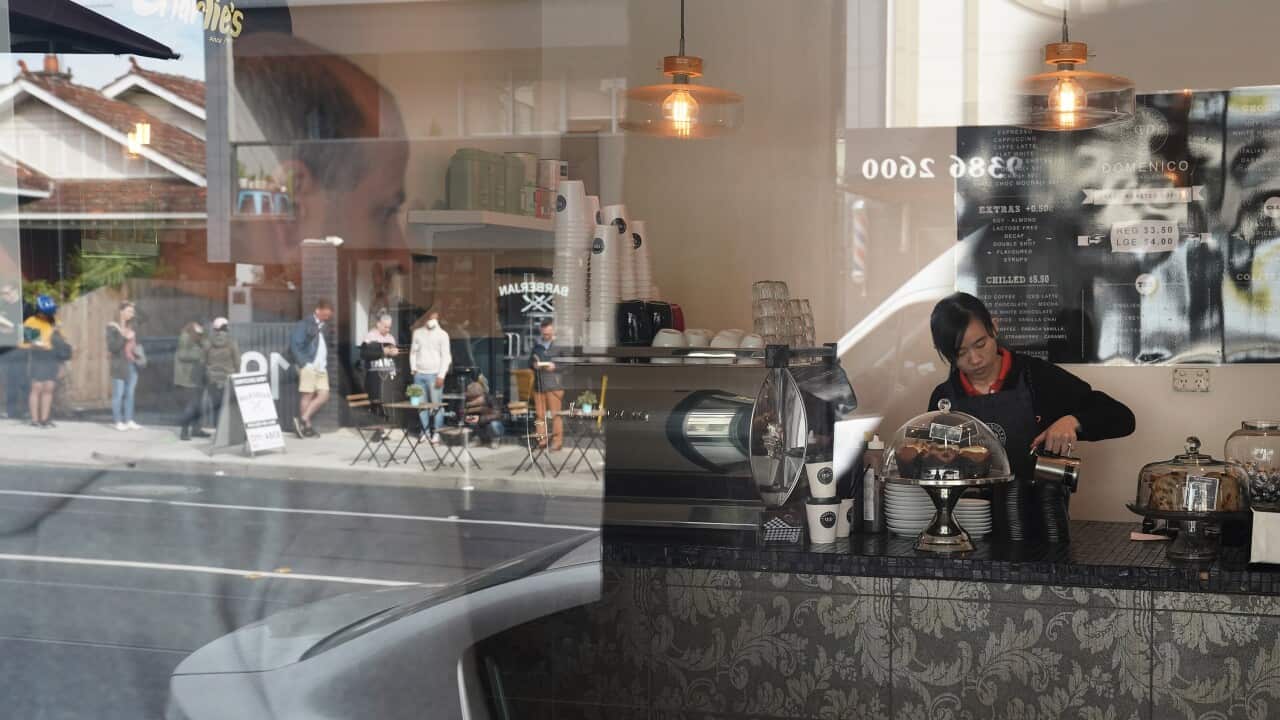 A barista makes coffee in a Brunswick cafe while across the road people queue outside a Centrelink office. Source: AAP

Nearly one million Australian casual workers will miss out on the new wage subsidy designed to encourage businesses to keep people in jobs.

The Federal Government on Monday announced it will spend $130 billion to subsidise the wages of an estimated six million Australians facing losing their jobs as more businesses close or scale back due to the coronavirus pandemic.

While the $1,500-per-fortnight flat payment covers casual workers, it only applies to those who have been in their job for over 12 months.

When hospitality worker Aamir Ashraff heard about the new measure he was initially relieved.

But reading through the fine print the 30-year-old Indian national and Australian permanent resident discovered that he would be excluded from the payment.

“I was trawling through the criteria trying to find where I fit in, this is the third stimulus package so where do I fit in here?” he told SBS News.

Hospitality worker Aamir Ashraff will not be eligible for the JobKeeper wage subsidy. Source: Supplied

Mr Ashraff has only worked in his job as at a tea shop in Melbourne's north since January so is not be eligible for the payment.

There are about 2.6 million casual workers in the Australian economy and Australian Bureau of Statistics show more than 955,000 have been employed for less than 12 months.

The majority of casual employees who have been in their current job for less than 12 months are in the food and accomodation sector which have high rates of staff turnover.

Mr Ashraff said he feels as if the government has forgotten him.

“The government is doing what they think is reaching every corner of the workforce, but really they are missing huge spots of it,” he said.

“We know that hospitality is such a high turnover industry, so the majority of the people you come across have worked in their workplace for a very short time,” Mr Ashraff added.

'Wage subsidy for all'

Head of the Australian Council of Trade Unions, Sally McManus, on Tuesday called for the government to reconsider leaving short term casuals off the wage subsidy program.

Tim Kennedy, national secretary of the United Workers Union which represents some hospitality workers, said there was a lot of concern among members about the government’s plan.

“The arbitrary definition of when a casual can access this payment seems quite nonsensical on the basis of that everyone has to live,” he said.

He called on the government to revise their initial announcement to include workers in other categories.

“Our view is that the payment needs to go to all workers, casuals, labour hire, freelancers, contractors and gig workers, irrespective of their citizenship as well,” Mr Kennedy added.

“We just cannot have a crisis where some are more privileged than others."