Xiao Qian has described his role as a "noble mission" and "great responsibility" amid heightened tensions and a diplomatic freeze between Canberra and Beijing. 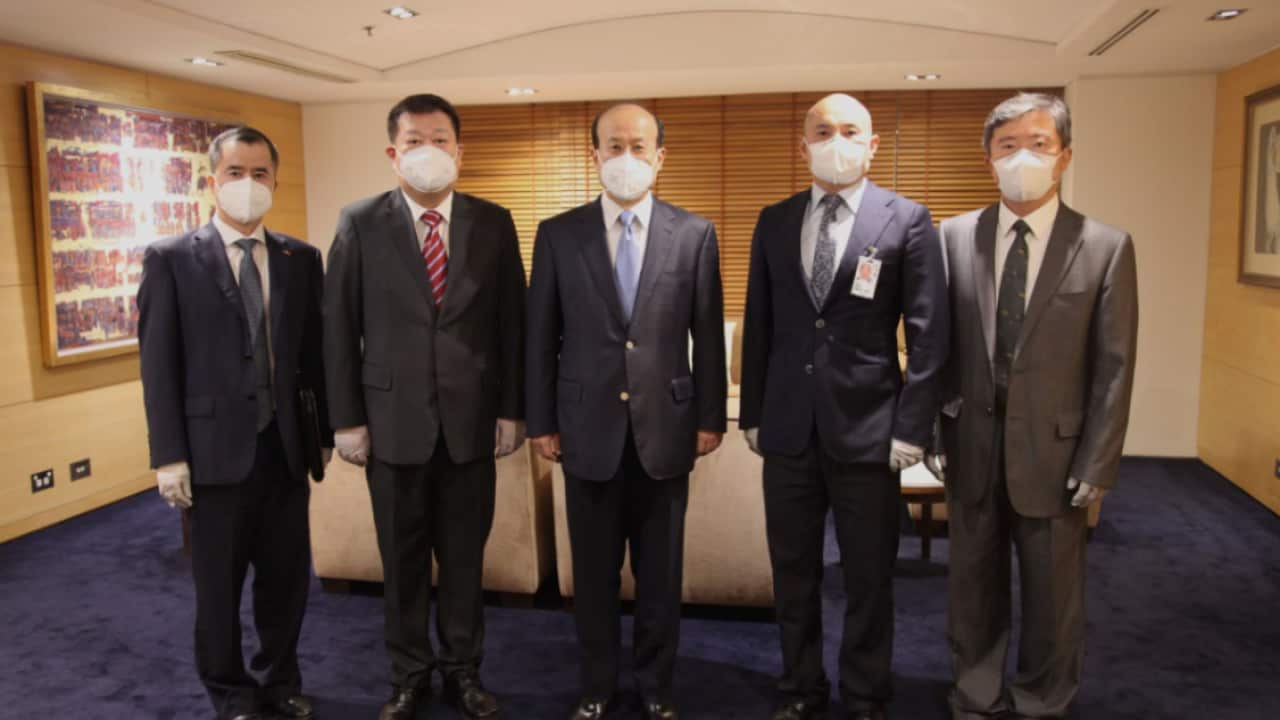 China’s new ambassador to Australia Xiao Qian has expressed a willingness to repair strained relations between Beijing and Canberra, which he says are at a “critical juncture”.

The apparent olive branch has been extended in a written statement provided to media alongside Mr Xiao’s arrival in Sydney on 26 January to assume the role.

Advertisement
His remarks strike a conciliatory tone, calling to “jointly push the China-Australia relations back to the right track”, but come as relations have descended into a diplomatic freeze amid heightened tensions.

“I see my ambassadorship as a noble mission and, more importantly, a great responsibility,” the statement provided to Chinese and Australian media said.

READ MORE
'Australia is being Australia': Scott Morrison makes no apologies to China over list of grievances

Mr Xiao replaces former ambassador Cheng Jingye whose tenure had been marked by poignant criticisms made against Canberra’s handling of the relationship.

During Mr Cheng’s leadership, this included the Chinese embassy issuing a list of 14 grievances with Australia, which it claimed were reportedly “poisoning bilateral relations”.

Among the concerns were Australia's foreign investment rules, banning Huawei from Australia's 5G network and the push for an inquiry into the origins of COVID-19.

The extraordinary leaking of the complaints in November 2020, reflected the severe deterioration in diplomatic ties with Canberra, alongside Beijing's refusal to communicate with senior ministers.

Mr Xiao’s statement speaks of the need to “increase engagement and communication, enhance mutual understanding and trust” with the Australian government.

It also calls to “eliminate misunderstanding and suspicion, promote mutually beneficial exchanges and cooperation in all areas between the two sides.”

In a statement, a spokesperson for Foreign Minister Marise Payne said: “The Australian Government welcomes the new Chinese Ambassador-designate to Australia and looks forward to engaging with him.”

“I’ve said on many occasions we want a good strong friendly relationship with China,” he told 2GB radio.

“But at the moment China is in conflict - not just with us - where they are cutting off markets and the cyberattacks and the other activities that’s going on.

"[It's] with many, many other countries, it’s a belligerent approach and it’s unacceptable."

Mr Dutton said he hoped the ambassador was "sincere" in his words, but concerns like "human rights issues", including the treatment of ethnic minority Uyghurs needed to be addressed.

Natasha Kassam, director of public opinion and foreign policy at the Lowy Institute said Mr Xiao's "cautious" remarks indicated a "holding pattern in the relationship," particularly ahead of a federal election.

"I certainly wouldn’t consider the statement to be conciliatory, only an effort to perhaps halt the decline rather than improve," she told SBS News.

"You look at the defence minister’s response to the ambassador’s statement, you can see there is not going to be any thaw in the relationship any time soon."

Mr Xiao is a former Chinese ambassador to Indonesia and Hungary and has also held diplomatic roles in Ethiopia, the US and the Philippines.

He also spent two years as Beijing’s deputy representative for the Ministry of Foreign Affairs for the Korean Peninsula.

His arrival in the country also follows attempts by the Australian government to bolster its defence capability in the region.

The AUKUS defence pact with the United States and the United Kingdom, and stronger engagement with the QUAD alliance of the US, India and Japan both prompted fury from Beijing.

While the Australian government has refrained from singling out China, it has consistently pointed to the increasingly tense strategic environment.

Prime Minister Scott Morrison told the Davos Economic Forum last week the world was becoming “fragmented and contested particularly here in the Indo-Pacific, which has become the world’s strategic centre of gravity”.

Mr Morrison also pointed to concerns over “economic coercion” in the speech, amid continued concerns over trade disruptions enforced by Beijing.

“Our world is undergoing profound changes unseen in a century,” he said.

“The development of the China-Australia relations is also at a critical juncture, facing many difficulties and challenges as well as enormous opportunities and potentials.”

Mr Xiao, the 15th person to have served as Chinese ambassador in Australia, said the Chinese side believes a “sound and steady China-Australia relationship serves the fundamental interests of the two countries”.

He called on both sides to engage in "mutual respect, equality, inclusiveness and mutual learning" saying this would help ensure "China-Australia relations will keep moving forward and make further progress."