There will be no private security guards in Victoria's new-look hotel quarantine program, with hundreds of police and defence personnel to take on the task. 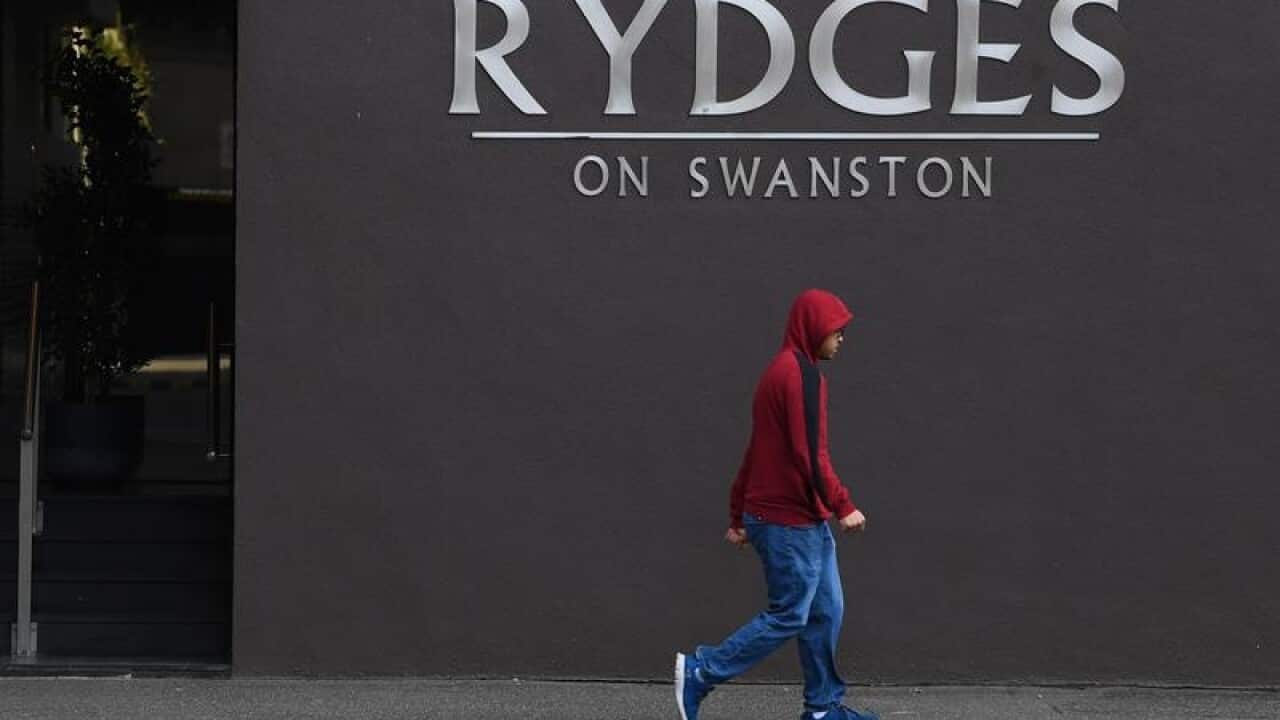 Private security guards are absent from Victoria's new-look hotel quarantine program, which Premier Daniel Andrews describes as the "strongest and safest" scheme in the country.

Mr Andrews on Monday announced a dedicated agency, COVID-19 Quarantine Victoria (CQV), has been established to oversee the program, which restarts on December 7.

It will be led by Corrections Commissioner Emma Cassar, who will report to Police Minister Lisa Neville.

Advertisement
There will be no private security guards involved, with all staff employed or directly contracted by CQV, with the exception of cleaning staff, who are on fixed-term contracts with Alfred Health.

About 300 Victoria Police officers and 220 Australian Defence Force personnel will be embedded in the hotels each day.

"There are no private security engaged, it will be only Victoria Police performing those roles as well as ADF," Mr Andrews said.

"No moonlighting, no second jobs, no subcontracting ... it is all direct and obvious and clear."

All staff involved in the program will be tested daily and will work in "bubbles" to ensure they have contact with a limited number of people during their shift.

Families and household members will also be offered tests weekly.

Returned travellers, meanwhile, won't be able to leave their rooms for fresh air or exercise breaks, while food and care packages will no longer be permitted.

The premier said the new program would be the "strongest and safest quarantine program in the country", but warned there were risks involved.

"The key point here is to make sure you've got the strongest system in place to lock down any outbreak ... we're very confident that we'll be able to do that."

He said returned travellers will pay about $3500 per adult for the mandatory two-week stay, which was in line with other states.

Arrivals will initially be capped at 160 travellers a day.

In June, Victoria's hotel quarantine program was suspended and an inquiry was called after security guards and hotel staff at the Rydges on Swanston and Stamford Plaza contracted COVID-19.

The outbreaks sparked Victoria's second wave, which resulted in more than 18,000 infections and 800 deaths.

The inquiry, headed by retired judge Jennifer Coate, received final submissions on Monday, after a tranche of new statements and phone records were made public on Friday.

Lawyers assisting the inquiry maintain there was no clear decision to engage private security guards in the program but there was a "starting assumption" they would be used.

They point to phone records from March 27, the day the program was set up, showing Victoria Police Chief Commissioner Graham Ashton received a call from Department of Premier and Cabinet secretary Chris Eccles at 1:17pm.

Neither man can recall the conversation, which lasted for 136 seconds, but the lawyers argue an inference "can and should be drawn that private security was mentioned".

Lawyers for Victoria Police said the evidence supports a finding that there was a decision that private security would be used, arising out of the national cabinet meeting earlier on March 27.

Mr Ashton has since retired and Mr Eccles has resigned.

Counsel assisting also invited Ms Coate to accept the assurance of Victoria's Chief Health Officer Brett Sutton that he did not become aware of the use of private security until May.

The lawyers said the relationship between those in charge of hotel quarantine and Professor Sutton's public health team was "(at best) poorly conceived and understood and (at worst) dysfunctional and undermined by confusion and dissatisfaction".

The Department of Health and Human Services disputes this.

The inquiry has made 69 interim recommendations to improve the program, including allowing some returned travellers to quarantine at home.

Mr Andrews said the home-based quarantine model had been ruled out, largely due to the worsening situation in Europe, parts of Asia and the US.

The inquiry will hand down its final report by December 21.