Cricket Australia, the NRL and AFL, and Tennis Australia are among 20 signatory bodies that have backed new guidelines released by the Australian Human Rights Commission. 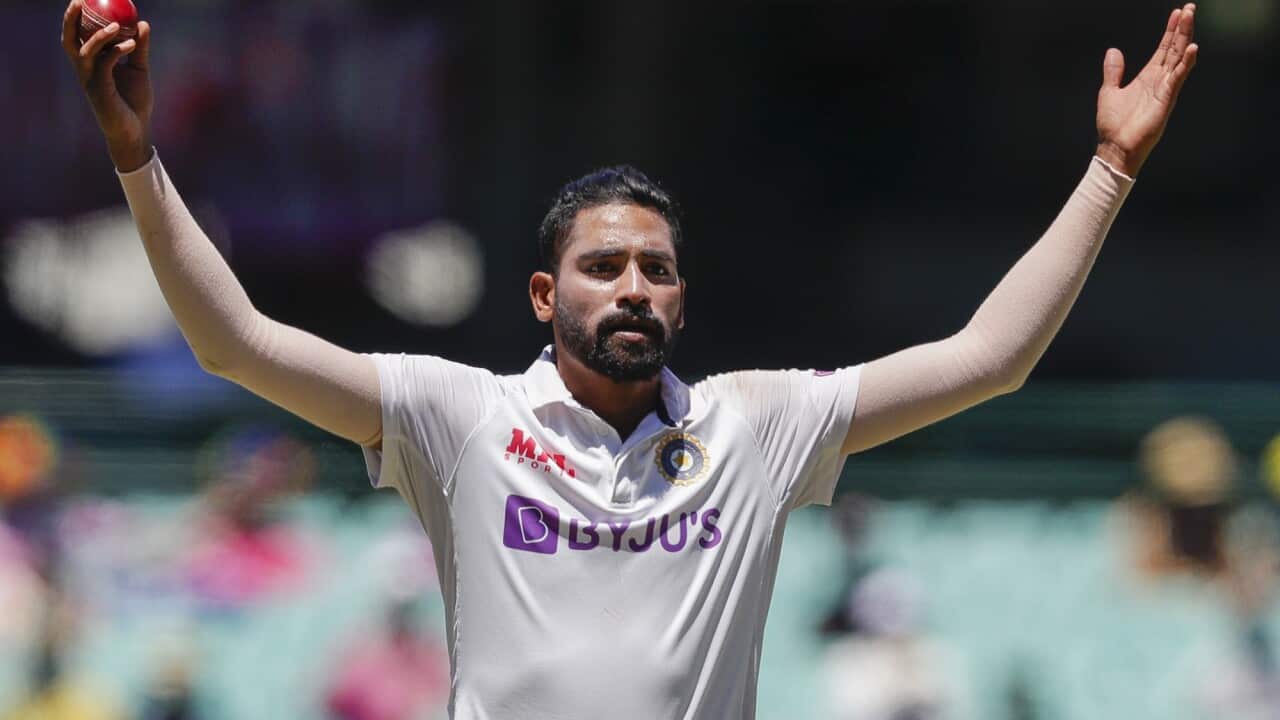 The new guidelines arose after Indian cricket player Mohammed Siraj became the subject of racial abuse as the SCG in January. Source: AP

The AHRC on Tuesday released the
Guidelines for Addressing Spectator Racism in Sport
with suggestions for organisations to implement in line with existing policies to provide a zero-tolerance approach to racism.

Advertisement
“When racist incidents happen, they can have a long-lasting impact on those affected, and damaging social consequences. There is no place for racism anywhere, and that includes sport," race discrimination commissioner Chin Tan said.

The creation of these guidelines was spurred on in the wake of
allegations of racial abuse against Indian test player Mohammed Siraj
during a test match against Australia at the SCG in January this year.

Cricket Australia, NRL, AFL, Tennis Australia and Golf Australia are among the 20 signatory bodies that have signed up to implement the guidelines.

Diversity and inclusion consultant Tasneem Chopra says these guidelines offer a positive step forward to allow all Australians to feel safe when watching and playing sport.

She says the guidelines "shift the onus" to the sporting organisations to handle complaints of racism, rather than making it each affected individual's problem.

"It shouldn't be the burden of those who who have been vilified to then be responsible for educating the masses," Ms Chopra said.

"That really should stand with the majority institutions who have the resources and the capacity and the obligation to create safe spaces for all for all spectators."

The guidelines include suggestions for the codes to implement game pauses when racist incidents take place, reporting complaints via a text messaging system, anti-racism training for accused spectators and more.

But it is yet to be known how these guidelines will be used practically, and how effective they'll be at promoting "cultural safety" in sport.

"It's what they are going to do about that position beyond the nominal that is important," Ms Chopra said.

"It's one thing to say you're going to have a zero-tolerance approach [to racism], but then let there be consequences if there is a breach. Let those consequences be known."

Former Australian cricket legend Steve Waugh says Cricket Australia endorsing the guidelines is a positive step for them to "stamp out" any tolerance of racism.

"It's a good thing that people know where they stand. Now, if they make a comment on the wrong side of the ledger, then that they're going to pay the price and rightly so," Mr Waugh said.

"We've just got to realise that there's no place for racism and if it's happened in the past, apologise for it, move on and do it differently going forward."

The announcement of the guidelines comes as former English cricket player Azeem Rafiq shared an emotional testimony about the racist abuse he was subjected to between 2008 and 2018 at the Yorkshire club.

"There were comments such as 'You lot sit over there near the toilets' and 'elephant washers', and the word 'Paki' was used constantly," Mr Rafiq said at the British parliamentary inquiry.

"There just seems to be an acceptance in the institution from the leaders and no one, no one ever stamped it out.

"I should have never, ever been treated the way I got treated. When I spoke, I should have been listened to ... There is no two sides to a story when it comes to racism."