Evidence of massacres of Indigenous Australians has lead to a long campaign to rename the Victorian federal electorate of McMillan. 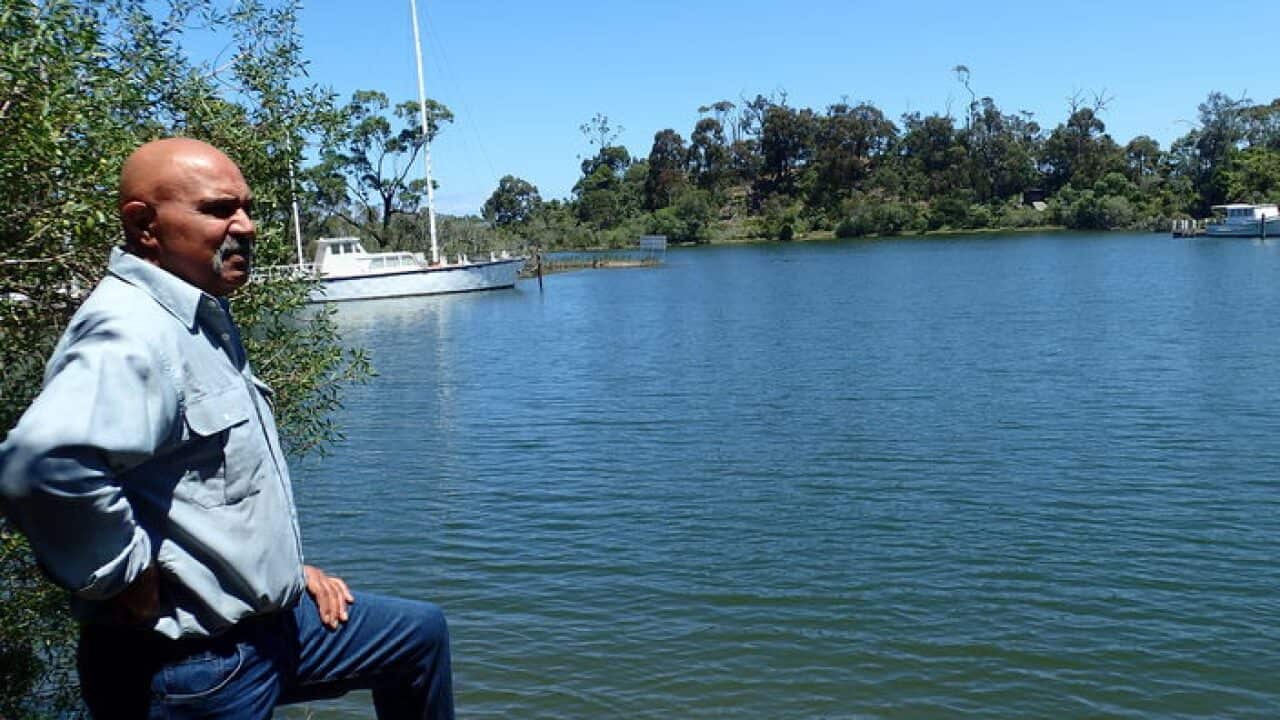 When Kurnai man Russell Mullett visits an Aboriginal massacre site, he listens for the birds.

"If I get out of the car and the birds are singing, I know it's all right," he said.

Boxes Creek, near Metung in eastern Victoria, used to be called 'Butchers Creek'.

Advertisement
"The story goes that there were Aboriginal, Kurnai, people spearing cattle at McMillan's place at Bushy Park and they chased them all across the Avon, the Mitchell, the Nicholson, theTambo (Rivers) here to Metung," Mr Mullet said.

"They chased them over the edge there and shot them."

Dozens are believed to have died in the 1841 massacre.

Russell Mullet said the violence was committed by a group of men on horseback called 'The Highland Brigade', including prominent Scottish pastoralist Angus McMillan.

One of Australia's 'founding fathers', McMillan was credited with 'opening up' Victoria's Gippsland region to white settlement.

He left the island of Skye in 1838, landing in the fledgling colony in NSW.

He then pushed south into Victoria, clearing the way for many others.

"I found out that actually this story was a lot more difficult and dark than any of us had any clue."

Feted as a hero in Melbourne, he was later elected to the Victorian parliament and named a 'Protector of Aborigines'.

The Federal Victorian electorate of McMillan was named after him.

Gippsland Historian Peter Gardner has been on his trail for the past 40 years.

He's labelled him 'the Butcher of Gippsland'.

"The big massacre was at Warrigal creek in South Gippsland and the estimates there are from 60-150 killed," Mr Gardner told SBS.

"When you look at these numbers, you have to realise they are talking about men, women and children as well."

At the time of white settlement in Gippsland, an estimated 3000 Aboriginal people lived in the area, but by 1860, Mr Gardner said the figure is likely to have been less than 250.

He has authored several books on the subject, including the provocatively titled 'Our Founding, Murdering Father'.

He estimates McMillan was involved in up to five massacres.

Evidence of massacres in the so-called 'Frontier Wars' has lead to a long campaign to rename the Victorian federal electorate of McMillan.

Federal Liberal MP, Russell Broadbent, currently holds the seat and is working to rename it.

"It has been raised with me, not only with Indigenous people, but by people who care about the history of this nation," Mr Broadbent told SBS.

"There are a number of books now that catalogue massacres from Queensland all the way to Gippsland, and other atrocities, and I'm not walking away from that," Mr Broadbent said.

He's written to the Australian Electoral Commission, asking them to consider a name change.

"It's a matter of actually doing something...when you see that there is a wrong," Mr Broadbent said.

Some historians have disputed the extent of McMillan's involvement, but Mr Broadbent said he believes McMillan was involved in the many killings of Aboriginal people.

"He lived in a different time and I understand, I get arguments from both sides of the fence," Mr Broadbent said.

"I also get arguments like 'why aren't you concentrating on the economy and stay off issues like this'."

"It's because sometimes issues like this are important," he said.

"We have an opportunity here, to address the past, recognise the past, but do some practical reconciliation that takes us into a new future."

Edinburgh-based author Cal Flynn discovered she was related to Angus McMillan when she began researching her family history.

But she had no idea he had been implicated in the deaths of Aboriginal Australians.

"It was after finding out that I had this family link with a man that sounded like he was a great hero that I did a bit of digging," Cal Flyn told SBS.

"I found out that actually this story was a lot more difficult and dark than any of us had any clue," Cal Flyn said.

She found monuments, roads, halls and even Scout groups named after McMillan, tracing his pioneering route through the region.

"To begin with that was a great source of pride," she said.
"Then I thought, it's very strange to put this name out there to commemorate this hero, who was not really a hero at all."

Cal Flyn's book 'Thicker than Water' was published this year, ensuring the issue got international recognition, with
international media
reporting on the campaign to change the electorate name.

A spokesman for the Australian Electoral Commission said a name change could be considered in early 2018, when the electoral boundaries for Victoria are redrawn.

Commission guidelines state that divisions should be named after deceased Australians who have rendered outstanding service to their country.

A similar campaign has now been launched to change the Victorian electorate of Batman.

Organisers behind that move said John Batman should not be honoured because the treaty he signed with the Wurundjeri people on the banks of Merri Creek in 1835 lead to the widespread dispossession of Aboriginal people.

"We're a minority in a big electorate," he said.

"If enough people say yes to it, fine, if they say no, we just got to live with it."

"(We shouldn't) deny history," he said. "Push on and make history."