New Year's Eve restrictions are in place around Australia. Here's a state-by-state guide to what you can and can't do

Fireworks displays have been cancelled in several major cities, and social distancing restrictions are in place in most states and territories. 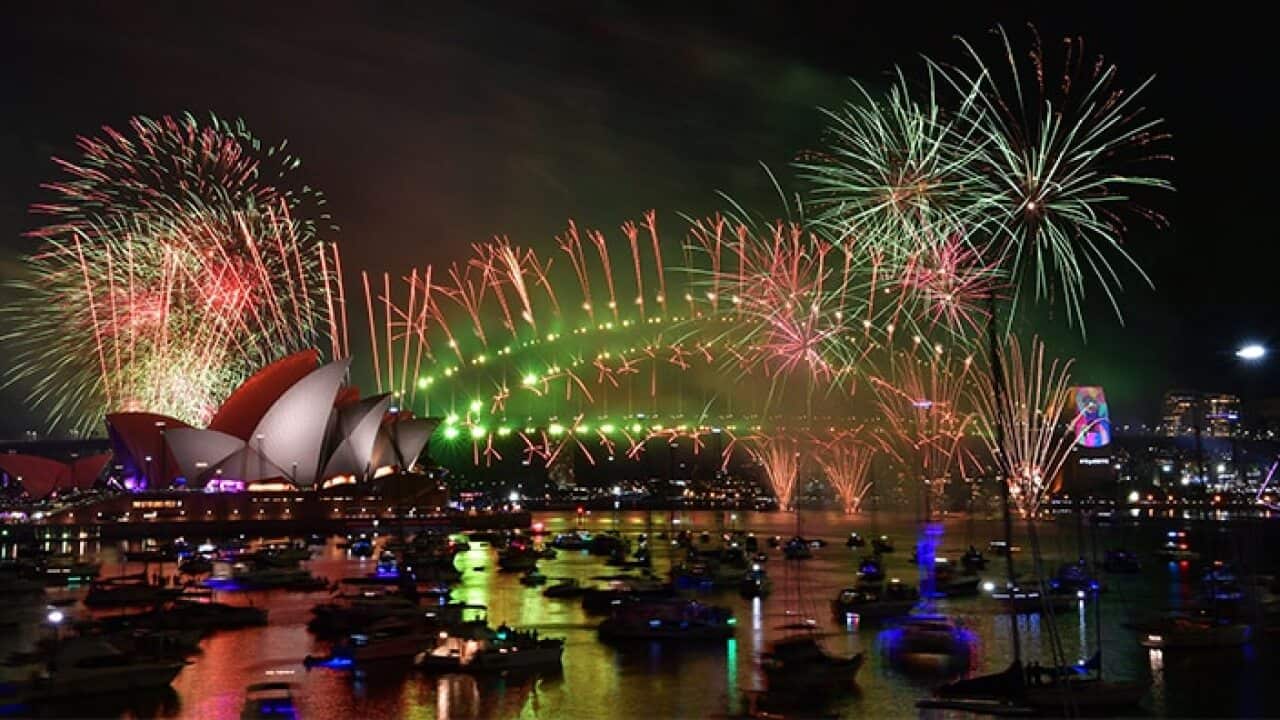 Australians will face more subdued New Year's celebrations this year, with the coronavirus pandemic keeping restrictions in place across much of the country.

Many fireworks events have been cancelled, limits on guests in households are in place and people have been told not to kiss or hug others as they celebrate the end of what's been a horror year for many.

With a slew of restrictions, here’s a guide to what you can and can’t do today.

There will be no 9pm family fireworks around Sydney Harbour, but there will be a short fireworks event from the Harbour Bridge at midnight. It’s best to catch this on the telly because access for the general public will be closed to all areas of the ‘Green Zone’.

Exceptions are those who are residents of the Green Zone, people with restaurant bookings or workers.

A ‘Yellow Zone’ is also being established around the Green Zone.

Entry to the Yellow Zone is not restricted to residents or visitors, but people gathering in these areas in large numbers may be moved on by police, NSW Health says.

If you live in Greater Sydney (which includes Wollongong, Central Coast and Blue Mountains) you’ll only be allowed to have five guests, including children, in your home.

You’ll also only be allowed 30 people for outdoor gatherings, down from the previous 50.

Residents living in the northern zone of the Northern Beaches remain under strict stay-at-home orders until at least 9 January, however residents are getting an exemption on New Year’s Eve that allows them to host up to five people, including children, in their home from the same region.

Those in the southern zone of the Northern Beaches will also be allowed to host up to five people, including children, in their home, also from the same zone, but will not be allowed guests from Greater Sydney.

Bars, restaurants and venues in both zones of the Northern Beaches will remain open for takeaway only.

Outside of Sydney, check with your local council to see what they have planned and what restrictions and guidelines are in place.

Brisbane’s main fireworks have been cancelled, and kissing and hugging strangers has also been advised against.

“We all like to on New Year’s Eve give the closest person a kiss or cuddle, I would suggest you limit that to your known close friends and family,” the state’s chief health officer Dr Jeannette Young said earlier this week.

Households can have up to 50 guests, including the occupants of the house.

Outdoor gatherings of up to 100 people are also allowed.

From 5pm today Victorians will have to wear a mask indoors if they’re outside their homes.

Victorians will also only be allowed 15 guests in their home with household gathering limits halved from 30 people.

Victorians in Wollongong or the Blue Mountains or Wollongong who travelled from 27 December may have to cancel their plans entirely and will have until 11.59pm tonight to return to Victoria.

Travellers will also have apply for a new travel permit to return, get tested within 24 hours and self quarantine at home for 14 days.

Melbourne’s annual fireworks display over the Yarra River has been cancelled and the state government has urged people to stay away from the Melbourne CBD saying that only those with bookings at a venue in the city would be allowed in.

Bars, restaurants and other venues such as nightclubs are open, but with a limit on the number of patrons.

There will be various fireworks displays across the state from 8pm onwards - the full list can be viewed
here
.

The state has no maximum on the number of people allowed to gather, provided there is no more than one person for every two square meters.

Fireworks have been cancelled in Adelaide but they’ll still be held in the local councils of Murray Bridge, Whyalla, Victor Harbour and Port Lincoln.

Household gatherings of up to 50 people are allowed, provided there is no more than one person for every two square meters.

Up to 200 people can gather at a venue for a private function, if they comply with the same square meter rule.

Hobart will ring in the new year with both the 9.30pm and midnight fireworks in the River Derwent. This year, however, the fireworks will be displayed much higher than usual to it’s visible from more vantage points.

Tasmania has a two square meter rule, but with an upper limit of 250 people for an undivided space in an indoor premises.

Outdoors, 1,000 people are allowed to gather in spaces or premises.

There won’t be a fireworks display this year in Australia's capital for a second year in a row (last year they were cancelled because of the bushfires).

Instead, residents are being urged to celebrate at local eateries with festive lighting displays on different venues.

The ACT doesn’t have any restrictions on the number of visitors people can have in their home.
Outdoor gatherings in the capital Canberra are limited to a maximum of 500 people, where the two square meter rule can be observed.

There are no limits as to how many people can gather indoors or outdoors in the Northern Territory, but it is still recommended people stay 1.5 meters from people they don’t live with at all times.