NZ MPs have voted through a bill providing the terminally ill in palliative care a legal defence when using illicit cannabis products. 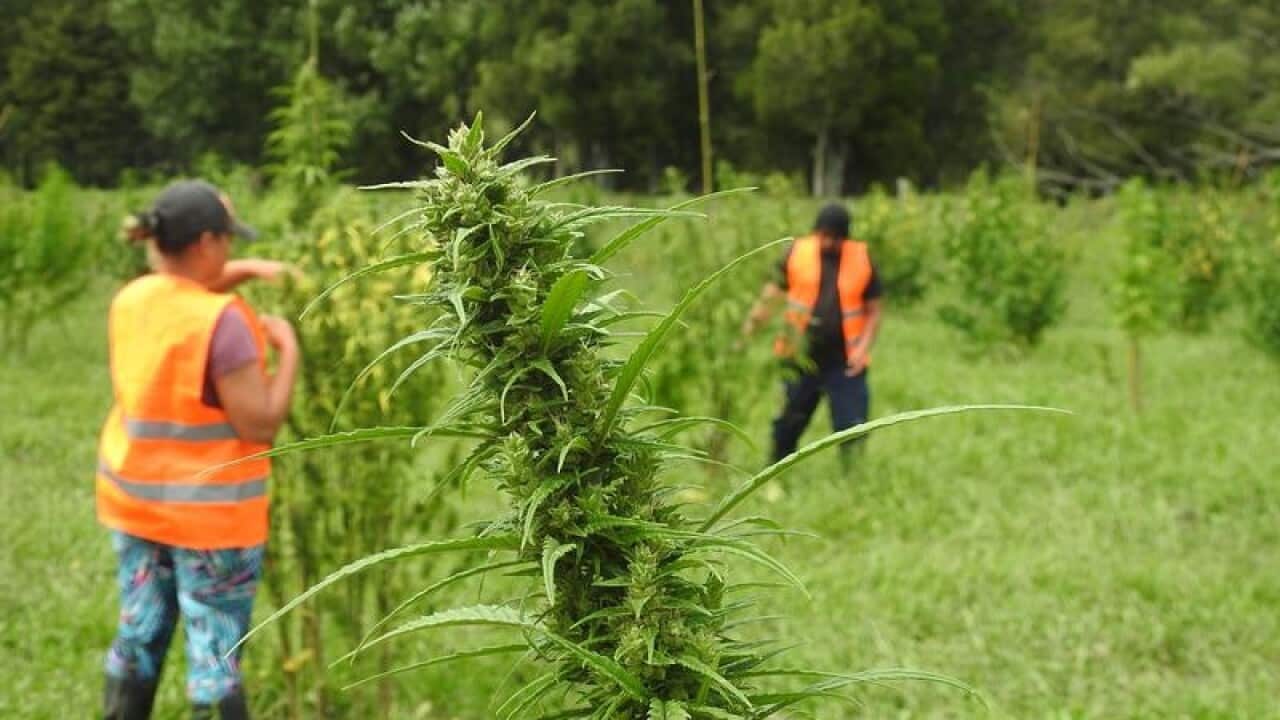 Kiwi MPs have voted to license the cultivation and export of medical cannabis. (AAP)

A bill that provides terminally ill people with a legal defence for using illicit cannabis passed its third reading in New Zealand parliament on Tuesday.

Kiwi MPs voted through a bill on Tuesday which will also see a licensing scheme set up for the research, growing and export of medical cannabis products.

The bill, supported by Labour, the Greens and NZ First, sets up a statutory defence which allows those close to death in palliative care to consume illicit cannabis with a legal defence.

Advertisement
During the bill's second reading, last month, changes were made to expand the legal defence to all people in palliative care, rather than those who just have a year or less to live.

The defence will start as soon as the bill receives royal assent.

“The Government’s Misuse of Drugs (Medicinal Cannabis) Amendment Bill which has passed today allows the smoking of loose leaf cannabis in public and does not provide the details or framework for a permanent medicinal cannabis scheme," the statement read.

“This is lazy and dangerous – this Government is simply ticking the 100-day box that they were forced to by the Greens and it is permitting the smoking of drugs in our communities.

“We support medicinal cannabis but strongly oppose the smoking of loose leaf cannabis in public. Smoked loose leaf is not a medicine."

Growers and advocates are also placing hope in medicinal cannabis to provide a much-needed change of fortune for struggling communities.

Hikurangi Cannabis, based in the small, remote North Island town of Ruatoria, this year became the first of a handful of commercial ventures licensed to grow for research, as several start-ups vied to get ahead of the competition in a potentially lucrative market.

"It's certainty going to be significant for our part of our country, in terms of job creation," he said.

Local residents, in one of nation's poorest regions, had even invested more than $1 million of their own money in the venture, hoping it would pay back in work, he said.

While the details of the regime will be worked out over the next year, Drug Foundation executive director Ross Bell is optimistic about what the law change may mean for communities where there were already skilled cultivators of cannabis working illegally.

"I would like to see New Zealand allow a domestic industry to flourish and one that is ... employing local people, people with those existing skills, people who are currently operating on the black market, he said.

"I'd like to see those folks move into the legal market and shift out of being criminals."

If an export regime could be formed, growers would be looking to get into Australia for a bigger market, he said.