More than two per cent of New Zealand has been vaccinated in a single day - Super Saturday - as health officials record 41 new cases of COVID-19. 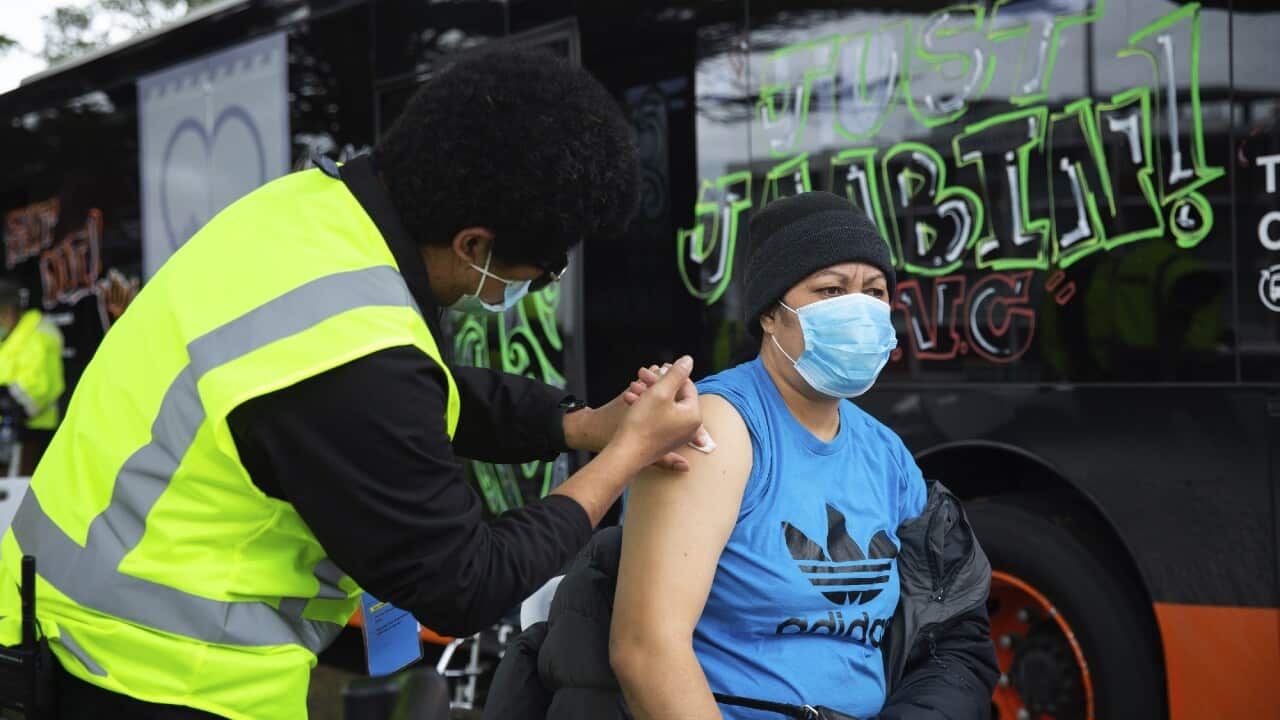 New Zealand's Prime Minister, Jacinda Ardern, says now the 100,000 vaccination target has been achieved, it is time to set a target of 150,000. Source: AAP

New Zealand's Super Saturday is a hit, with record vaccinations and a lower number of daily COVID-19 cases .

Health officials reported 41 community cases on Saturday, down from 55, 71 and 65 in the past three days.

All but one of the new cases are from Auckland, the centre of the Delta outbreak which notched up 60 consecutive days of lockdown on Saturday.

The other case is in the Waikato, a household contact of a previous case and already in quarantine.

Saturday had been dubbed Super Saturday by Prime Minister Jacinda Ardern, with a series of community events and aimed at upping NZ's lagging vaccination rates.

With more than half the population - including greater Auckland, Northland and much of the Waikato - in a form of lockdown, broadcasters also screened a nationwide telethon - or "vaxathon".

The event was publicised using the tagline "Let's get back to doing what we love".

Ms Ardern's ambitious goal was to get 100,000 Kiwis - or two per cent of the population - vaccinated in a single day.

"Already there and more to come. Let's do this. Fantastic effort. Go whanau (family)," he said.

Speaking live on the vaxathon, Ms Ardern called for 150,000 jabs.

The vaccination drive will be a huge help as New Zealand confronts a Delta outbreak which is forecast to worsen.

The government predicted this week case numbers would reach about 140 per day by the end of the month.

Wastewater samples have revealed COVID-19 in Beachlands and Pukekohe in outer Auckland, Wellsford in Northland, and previously in the Waikato's Te Awamutu, suggesting the outbreak is not yet controlled.

As of Saturday, there are 31 Kiwis in hospital with the virus, with six in intensive care.

New Zealand's single-dose vaccination coverage in those aged 12 and over is at 83 per cent. The double-dose coverage is at 62 per cent.