Liberal backbencher Craig Kelly has urged his colleague Julia Banks to remain in politics, dismissing a culture of bullying within coalition ranks 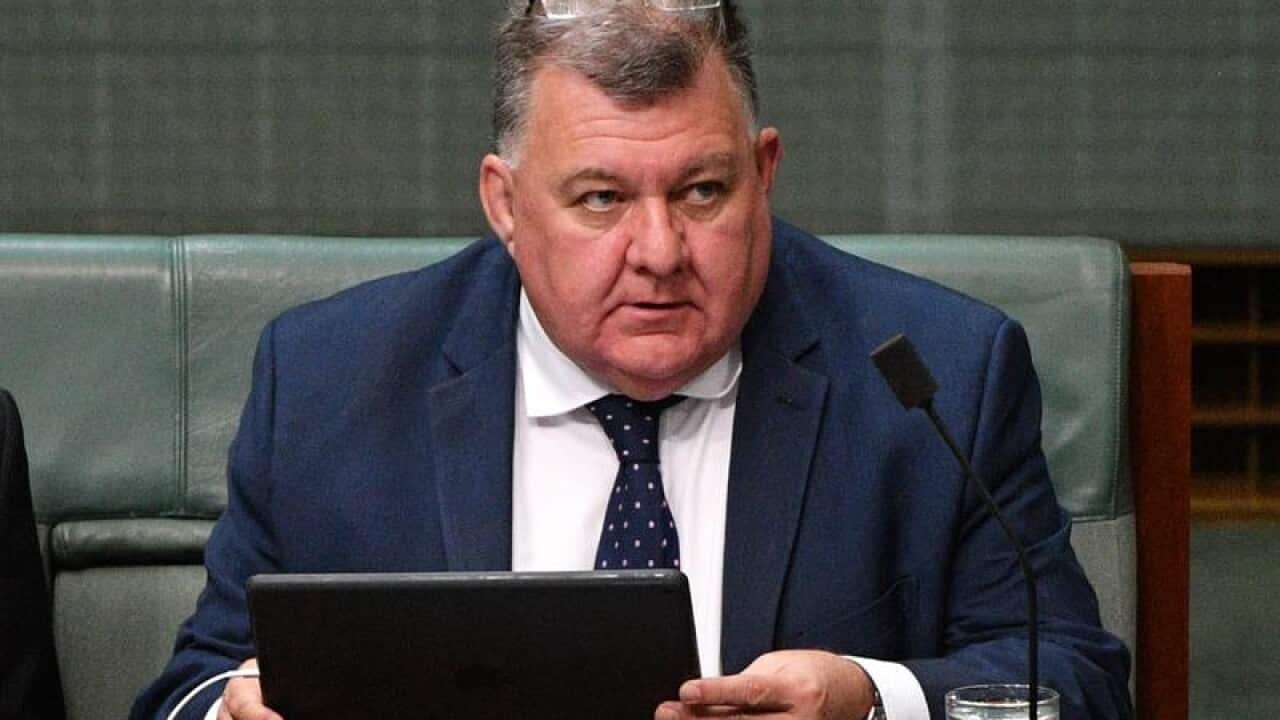 A conservative government backbencher has doubled down on denials that the Liberal Party has a bullying problem.

Advertisement
"There may have been vigorous debates, but I didn't see anyone threatening anyone, or the bullying of anyone."

In an excoriating letter this week, Ms Banks denounced the "scourge of cultural and gender bias, bullying and intimidation" in federal politics.

"In anticipating my critics saying I'm 'playing the gender card' - I say this," she wrote: "Women have suffered in silence for too long and in this last twelve months the world has seen many courageous women speak out."

But Mr Kelly said Ms Banks might reconsider after a week or so, calling federal politics "a tough game."

"Things get taken out of context, spun and twisted around, the moaning, it is a tough job," he said.

"I come in here and get called a dinosaur, a knuckle-dragger. They are the barbs that get thrown at us. It shouldn't be like that."

However, Mr Kelly found no quarter from Labor MP Pat Conroy who singled out the low representation of women in the Liberal's federal parliamentary team.

Nearly half of Labor's federal team are women, compared to only one in five within coalition ranks.

"Where some blokes in the [Peter] Dutton camp were clearly running around threatening preselections, forcing people to sign petitions."