Work is under way to help restore power and communication on the island. 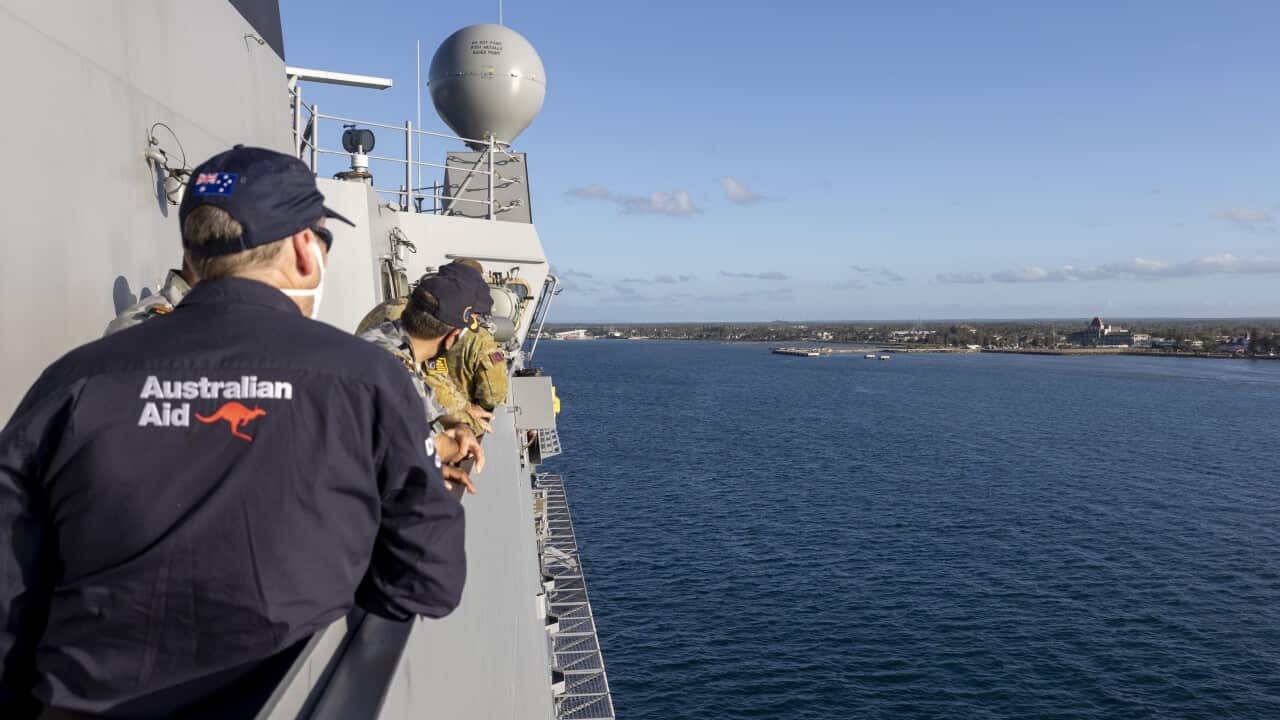 The number of COVID-19 cases on board the HMAS Adelaide - the ship carrying relief supplies to Tonga after the tsunami - has not increased, Defence Minister Peter Dutton said.

The ship was allowed to dock in Tonga on Wednesday and offload supplies, including water purification and hygiene kits, despite 23 crew members onboard the vessel contracting COVID-19 after departing from Brisbane last week.

Mr Dutton said despite the number of cases on the ship, the situation was manageable.

"We haven't had any more cases onboard, and no serious cases," he told radio station 2GB.

"People were triple vaxxed and like most other Australians, it's just been a very mild case for those onboard."

The COVID-19 cases on the HMAS Adelaide were detected despite all crew members being screened and tested before departing.

Mr Dutton said those who contracted COVID-19 were faring well.

"Those people have been isolated and treated and will get back to normal very soon."


The federal government has pledged $3 million in aid to Tonga following the underwater volcanic eruption and tsunami on 15 January.

Australia had already sent C-17 aircraft with critical supplies to the Pacific island nation with supplies.

Work is also underway to help restore power and communication on the island, with a major underwater fibre-optic cable being significantly damaged during the tsunami.

Mr Dutton said Tonga's COVID-free status and the outbreak onboard the HMAS Adelaide had complicated relief efforts, but work was progressing.

"Obviously there's been a lot of deliberation by the Tonga government in their call as to whether that allowed the ship to dock," he said.