Nearly all of an infected hotel quarantine worker's close contacts have tested negative to COVID-19, as Victoria recorded no new cases of community transmission. 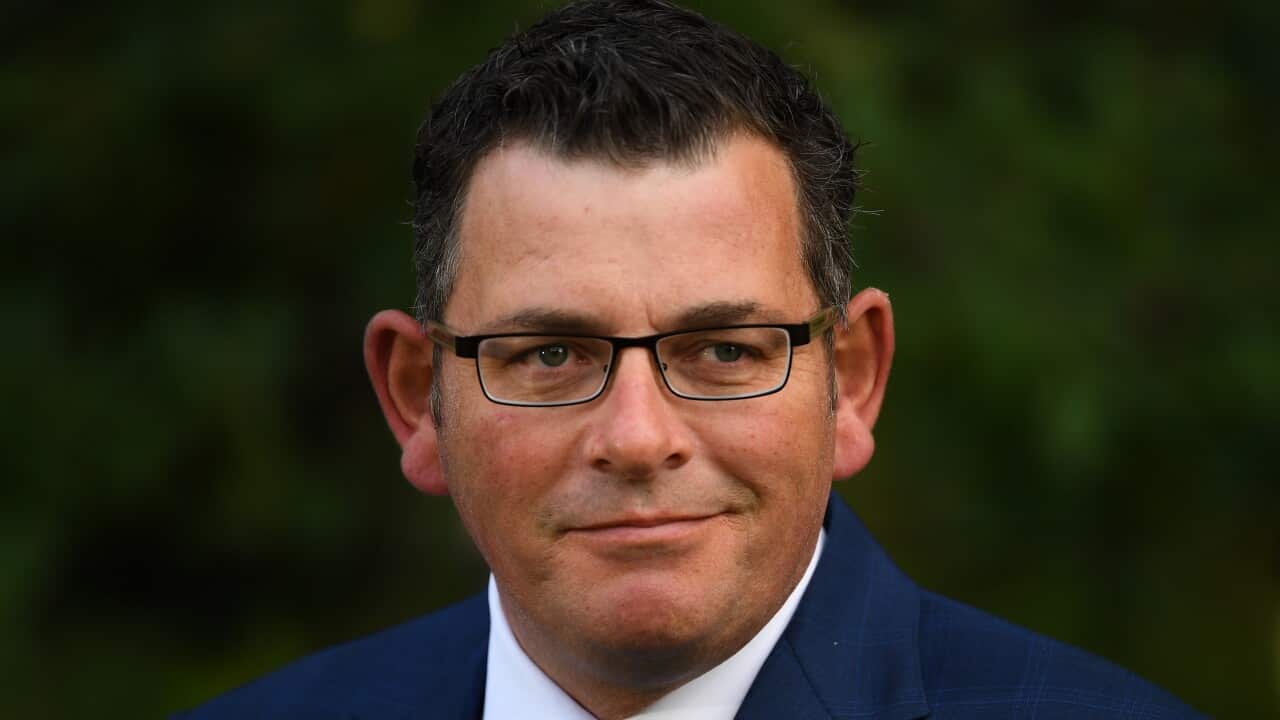 Genomic sequencing has confirmed a hotel quarantine worker in Melbourne was infected with a highly-contagious coronavirus variant as health authorities revealed the state had
recorded no new locally-transmitted cases
.

Two days after the new infection was announced, nearly all close household and social contacts of the 26-year-old man from Nobel Park in Melbourne's southeast have so far tested negative for the virus, with one result still pending.

Authorities said there was little doubt the 26-year-old was infected while working as a support worker at the Grand Hyatt Hotel, one of three locations being used to quarantine Australian Open tennis players, officials and staff.

Advertisement
The Department of Health on Friday confirmed that no new cases of community transmission had been recorded in the 24 hours to midnight, following 14,612 tests in 24 hours. Three returning international travellers had tested positive in hotel quarantine in the same period.

Premier Daniel Andrews said the result was among "the very best outcomes we could have hoped for", but warned that positive cases could still be identified over the following days.

“Those he has spent the most time with during his most infectious period have all, to this point, come back negative,” he said on Friday, with 16 of 17 close contacts testing negative.

The last result is expected to be returned on Friday.

"It doesn’t mean that they might not test positive at a later point and that’s why them completing the isolation and doing as we’ve asked them to do is so important. But these are good signs, very good signs, that we caught this in good time."

READ MORE
Victorian government approves Australian Open crowds of up to 30,000 per day

Chief Health Officer Brett Sutton on Friday confirmed the hotel worker had contracted the "more transmissible" B117 variant of the virus, first identified in the United Kingdom, but the exact source of the virus was still unknown.

He said authorities had been working on the assumption the infection would be the new variant, with four of six residents who had tested positive for the virus in the hotel infected with it.

"As we've said previously, there was no apparent breach in infection prevention and control protocols, or PPE (Personal Protective Equipment)," he said.

"We’re confident at the moment it’s not been picked up in the community but from one of the residents in the hotel."

The state's COVID-19 Testing Commander Jeroen Weimar said a further 743 work contacts have been identified, as have 507 tennis players, officials and staff.

"We're pleased that everyone tested negative," he said.

"The past few days haven't been easy for anyone and I'm incredibly proud of the players and our staff.

"Many of us have had sleepless nights, but that's just how it goes."

Warm-up events were suspended at Melbourne Park on Thursday as nervous players and officials underwent testing and waited for results.

They were given the all-clear by Friday morning, paving the way for play to resume, while the men's and women's Australian Open draws were conducted after being postponed on Thursday.

With stringent health measures already in place, Mr Tiley is adamant the Open will be able to continue regardless of whether more community cases are discovered.

"I have full confidence in (the state government's) decisions. They've got it right so far, and will continue to get it right in our view," Tiley said.

"We work closely with the government and whatever decisions they make, we'll adjust to.

"Regardless of the situation in the community, the event will go ahead because of the number of different scenarios with Plan A, Plan B and Plan C."