It comes as the state is preparing for a large-scale vaccine rollout, dependent on the federal government's vaccine supply continuing to arrive as promised. 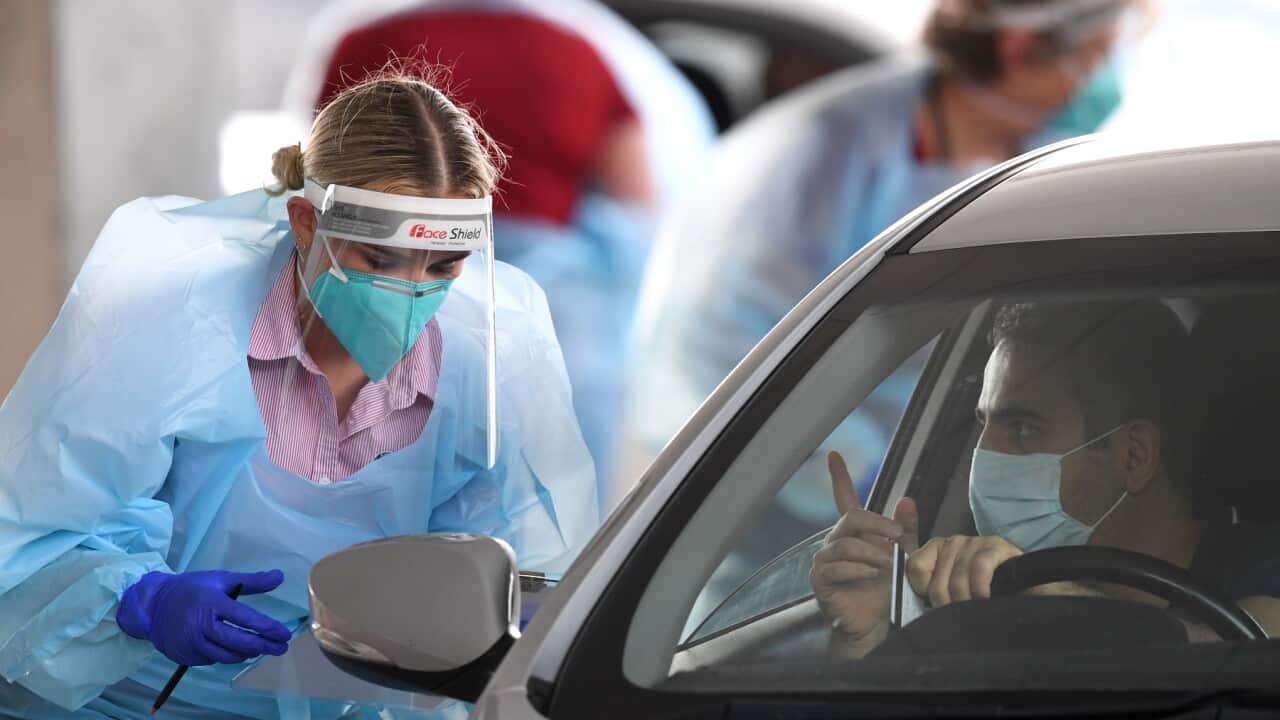 COVID-19 restrictions for northern NSW have been lifted following the fourth day of no locally acquired cases.

About 200,000 residents in the region were last Wednesday ordered to wear masks in most indoor public areas and limit house gatherings to no more than 30.

The directive was cancelled as of 11.59pm on Monday.

Advertisement
The restrictions were put in place after NSW diagnosed its first case linked to two clusters in southeast Queensland following an outbreak at Brisbane's Princess Alexandra Hospital in March.

Testing increased tenfold in the region following the outbreak.

"These efforts have provided us with the confidence to lift the restrictions, but we are still in a period of increased risk and we urge the community to remain vigilant for the next week," NSW Health said in a statement on Monday.

Close contacts of coronavirus cases are required to continue self-isolating for 14 days from their date of exposure and get tested again at the end of this period, the health department said in a statement on Monday.

Meanwhile, NSW Health will open another 36 vaccine clinics during the week, adding to the 79 clinics already up and running, the department said.

It is preparing for a large-scale vaccine rollout, dependent on the federal government's vaccine supply continuing to arrive as promised.

Four million Australians had been due to have jabs by the end of March, a target missed by more than 3.3 million.

"That means there is no further community transmission which is fantastic news," Mr Miles said.

"It underlines how it is better to have to lockdown for three days than for three months."

The state recorded four positive infection cases in hotel quarantine from travellers returning from Papua New Guinea, two from Lebanon and one from India.

There are currently 75 active cases in the state, with health restrictions to remain in place the next fortnight.

They include wearing a mask indoors in public, a 30-person limit on private gatherings and restrictions on visits to hospitals, prisons and aged care and disability facilities.

People have been urged to continue checking the
Queensland Health COVID-19 website
for updates on contact sites, after a historical case was identified as a nurse that contracted the virus from a man who arrived from Europe last month.

The traveller - who became a patient at the Princess Alexandra Hospital in Brisbane - has now been labelled the superspreader who sparked the latest Queensland outbreak.

"On a positive note, it has been a bumper weekend for our tourism operators," he said.

"About 75,000 people flew into Cairns ... largely from ... Sydney and Melbourne, and lots and lots of full flights arrived on Thursday and Friday."

Hotel occupancy surged to a welcome 90 per cent in some areas.

"On the Sunshine and Gold Coast, it was also very busy with Gold Coast Airport having its busiest day for arrivals on Thursday," Mr Miles said.

"So it's wonderful that Queenslanders and southerners have supported our tourism regions."

These two cases are two unrelated men in their 40s. Both acquired their infections overseas and have
been in a medi-hotel since their arrival.

Separately, a man in his 40s remains in the Royal Adelaide Hospital ICU, in a critical condition after contracting what is believed to be the South African variant of the virus.