NSW's parliament has banned vaping in public spaces, bringing the state into line with Queensland, Victoria, Tasmania and the ACT. 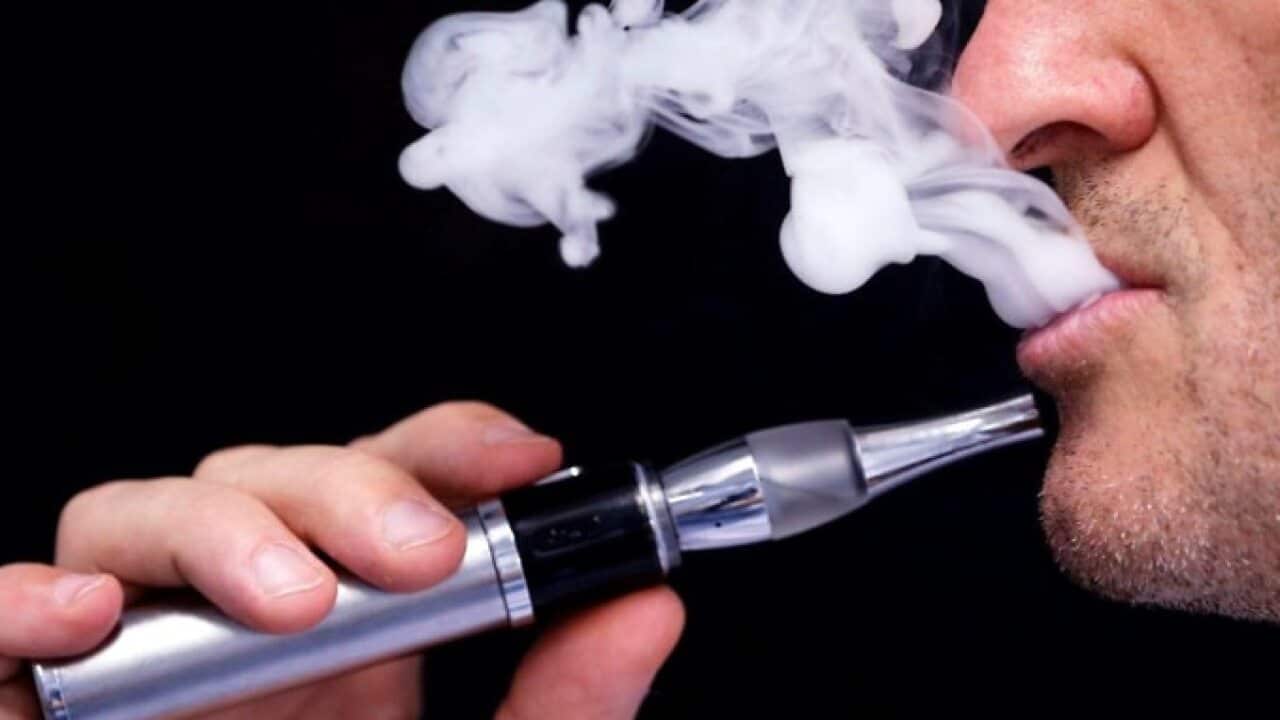 E-cigarette smokers could be fined up to $550 if caught vaping in public spaces or on public transport across NSW under new laws passed on Wednesday night.

The ban will come into effect in July, bringing NSW into line with Queensland, Victoria, Tasmania and the ACT.

"Put simply, where you are not allowed to smoke cigarettes, you now cannot vape either," Health Minister Brad Hazzard said in a statement on Thursday.

NSW's chief health officer said there's evidence of potential health risks from e-cigarette vapours - even if there's no illegal nicotine in the e-liquid.

Vapours can contain chemicals, toxins and metals, and some of these substances, like formaldehyde, are known to cause cancer, Dr Kerry Chant said.

"It is great to see NSW government bringing NSW in line with other states," tobacco control manager Scott Walsberger said.

"There is conclusive evidence that e-cigarette vapour increases particulate matter and nicotine in the air which may be a risk to bystanders who are exposed to the vapour."