More than 530 homes have been destroyed and six people have died so far in the most widespread bushfire season in a quarter-century in New South Wales. 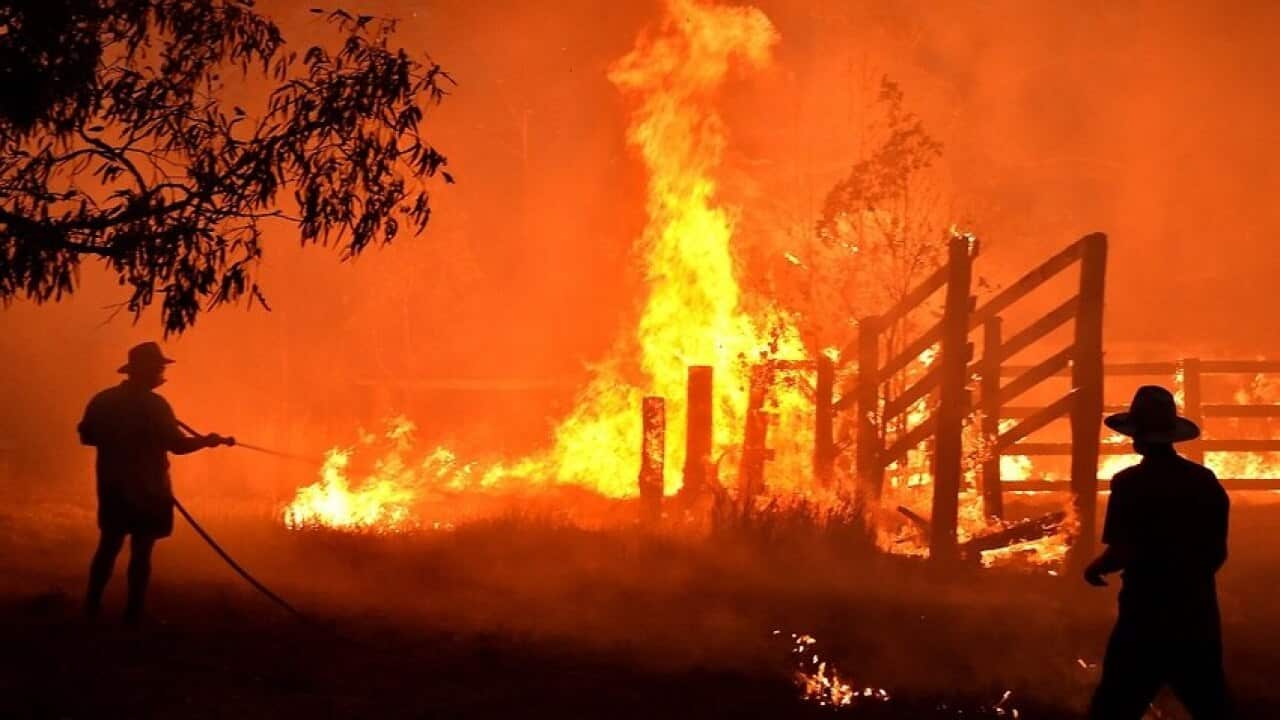 This New South Wales bushfire season has already burnt through more land than any other in the past 25 years, the Rural Fire Service says, as residents are warned to heed a "wake-up call" for difficult months ahead.

Six lives and 530 homes have been lost since the season hit some weeks ago and the state faces at least two "tough days" this week, with temperatures likely to rise into the 40's and little to no rainfall.

"Conditions have eased but there are concerns about conditions on Tuesday and Thursday in particular, and we ask people to continue to listen to... alerts," she said.

"This is a huge wake-up call for all of us that the summer isn't going to be pleasant in terms of the bushfire risk."

More than 420 homes have been destroyed in the past fortnight alone.

"While fires are still burning in some parts of the state, in others we can start the clean-up and recovery process," Ms Berejiklian said.

Firefighters are battling a fire front of some 6000 kilometers, the equivalent distance of a return Sydney-Perth trip, Mr Rogers said on Monday.

"You need to clean your gutters, remove combustibles from your home, have a hose that reaches around your property but most importantly have a bushfire plan so you and your family know what to do this summer," Mr Rogers said.

In a bid to combat fatigue setting in for residents and firefighters, the state has taken possession of a DC10 aircraft water bomber that can hold twice 38 thousand litres of water - twice the amount of the aircraft currently being deployed.

NSW Police and Emergency Services Minister David Elliott announced there will also be teams of New Zealand firefighters flying into the region in coming weeks, to share the load with local emergency services.

The Hillville bushfire burns out of control behind a memorial cross on the Pacific Highway at Possum brush south of Taree in the Mid North Coast region of NSW Source: AAP

"The obvious message from the community to those firefighters is you have given us more than we can possibly ask for... when you consider many of them are turning their back on their own welfare, well being and properties... this is a heroic effort."

The Premier said on Monday she was awaiting advice from the NSW recovery coordinator, to unlock potential funding for victims of fires across the state.

"We've already used considerable resources... setting up the emergency response and coordinating personnel to go to those areas," she said.