A cafe in regional New South Wales is facing forced closure after a number of COVID-19 breaches. 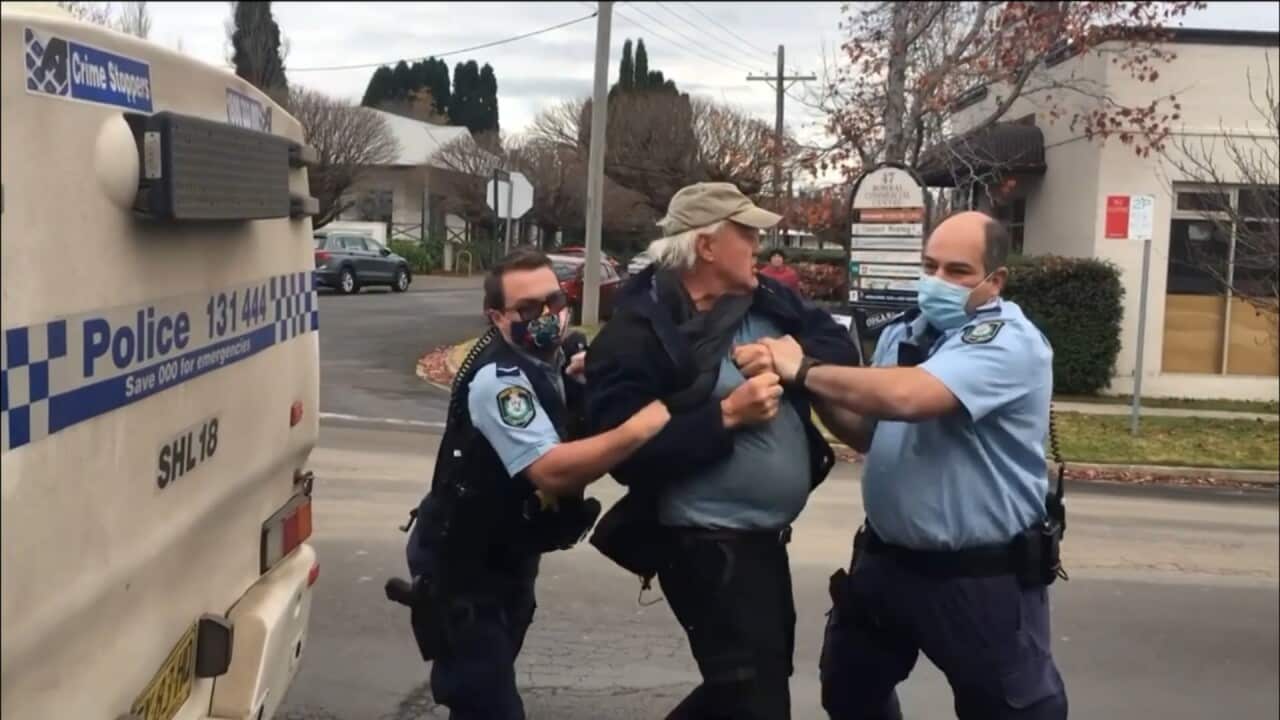 A screenshot from the video The Organic Store Bowral shared of the arrests. Source: Instagram

Police have issued another set of charges against the owners of a cafe in Bowral, in the NSW Southern Highlands, for breaching COVID-19 rules.

One of the owners and two employees at The Organic Store Bowral were arrested for the second time on Saturday, after the store was subject to three consecutive days of charges over COVID-19 breaches.

Police say about 20 people, including staff, were not wearing face masks inside the cafe on Saturday at lunchtime.

The women were also arrested on Thursday and charged with similar offences.

A 63-year-old man was also charged on Thursday with assaulting and resisting a police officer, inciting others to resist a police officer, and failing to comply with a direction prohibiting spitting and coughing.

Meanwhile, authorities are on the verge of ordering the closure of another regional NSW cafe that has repeatedly violated COVID-19 rules.

The cafe at Jindabyne in the Snowy Mountains have been issued a show-cause notice, forcing the two owners to justify why it should not be closed.

"That's the escalation of events that both police and (NSW) Health are prepared to take," Deputy Commissioner Gary Worboys said on Saturday.

The owners, a 32-year-old woman and 33-year-old man, were arrested and charged on Wednesday for failing to wear masks.

They were released on conditional bail, but police found the cafe's patrons on Friday again wearing no masks.

There was no QR code or sign-in sheet to facilitate check-ins.

Meanwhile, 48 people were fined in NSW on Friday for failing to wear a mask, while 30 others received infringement notices for other COVID-19 breaches.

Among them were two young men from Sydney's west who tried to go on a tour of Jenolan Caves on Friday afternoon.

Police say they told the officers who stopped them that they travelled there because they were bored.

Each received a $1000 fine and were told to return to Sydney.

"It is quite clear now that people will report this sort of behaviour to police and we will take interest," the deputy commissioner said.