Difficult NSW bushfire conditions are set to return over the coming days, with a forecast heatwave and dry winds to re-elevate fire risk. 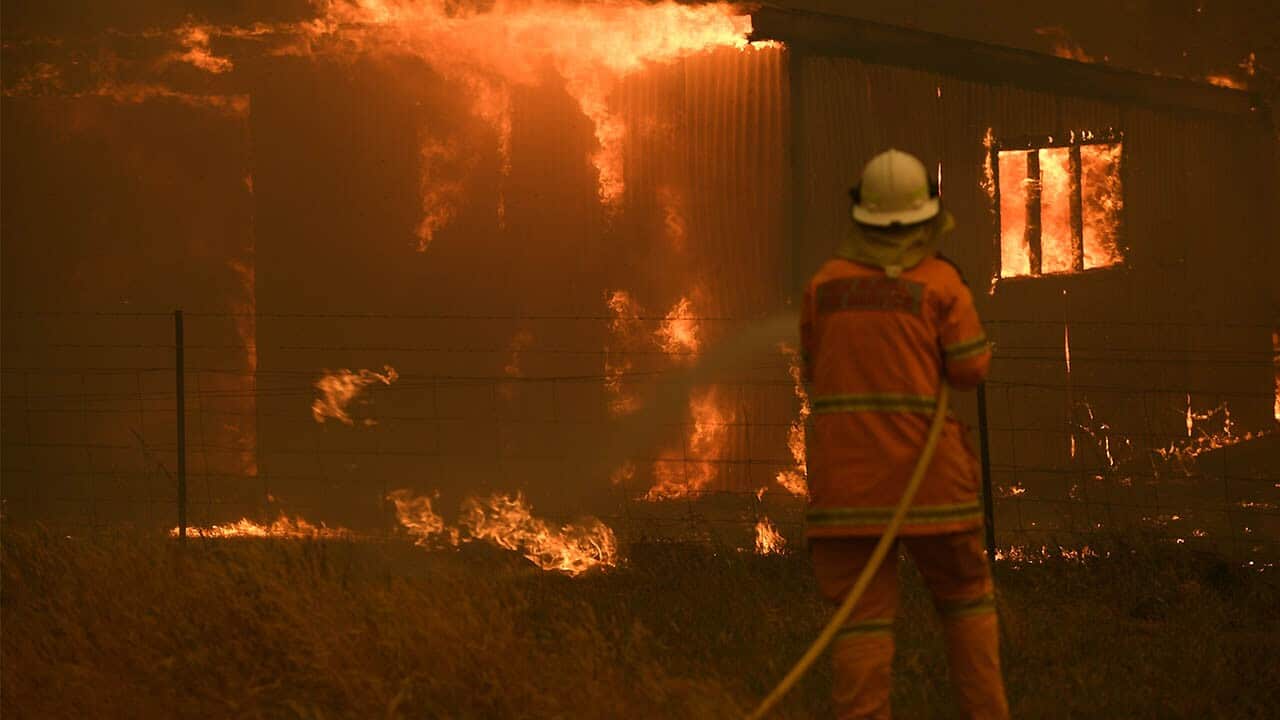 NSW firefighters are "giving their all" to contain large and complex bushfires as much as possible before conditions worsen under
forecast high temperatures and dry winds.

Two firefighters were killed and as many as 100 houses destroyed
when bushfires ripped through NSW on Thursday and Saturday last week.

Almost 1,300 were in the field on Friday morning as 70 bush and grass blazes continued to burn, with 33 of them uncontained.

They had been establishing containment and control lines with hand tools and machinery and doing extensive backburning, Mr Fitzsimmons told Seven's Sunrise on Friday.

"They've also got aircraft that are coming in from above, and they're lighting up using little incendiary devices to light up the landscape to help control the spread and the intensity of the fire," he said.

"Because these fires are large, they're complex and they're very prone to the elements, once these weather conditions turn around, we know we're going to see increased fire activity.

"So they're just giving their all to shore up protection and trying to consolidate and contain them as much as they can."

"The weather has been for once a little bit more in our favour but it's still going to be a potentially difficult day come next week once we start to see that bad fire danger set in," Inspector Shepherd told AAP on Thursday.

Conditions are expected to get worse as we move towards New Year's Eve. Source: AAP

The Bureau of Meteorology expects the fire danger to worsen into the new week with increasing heat and winds.

Very high fire danger is forecast for nine NSW regions on Friday, including the ACT, Greater Hunter and central and southern ranges.

Highs of 36 degrees are expected in Canberra, while regional centres such as Mudgee, Goulburn, Tamworth, Dubbo and Griffith are set for days above 35.

The federal government, meanwhile, has extended the Australian disaster recovery payment to the Mid-Western local government area of NSW, enabling payments of $1000 per adult and $400 per child to those worst hit by bushfires.