A NSW government anti-marijuana campaign on social media has backfired and social media users are mocking it relentlessly. 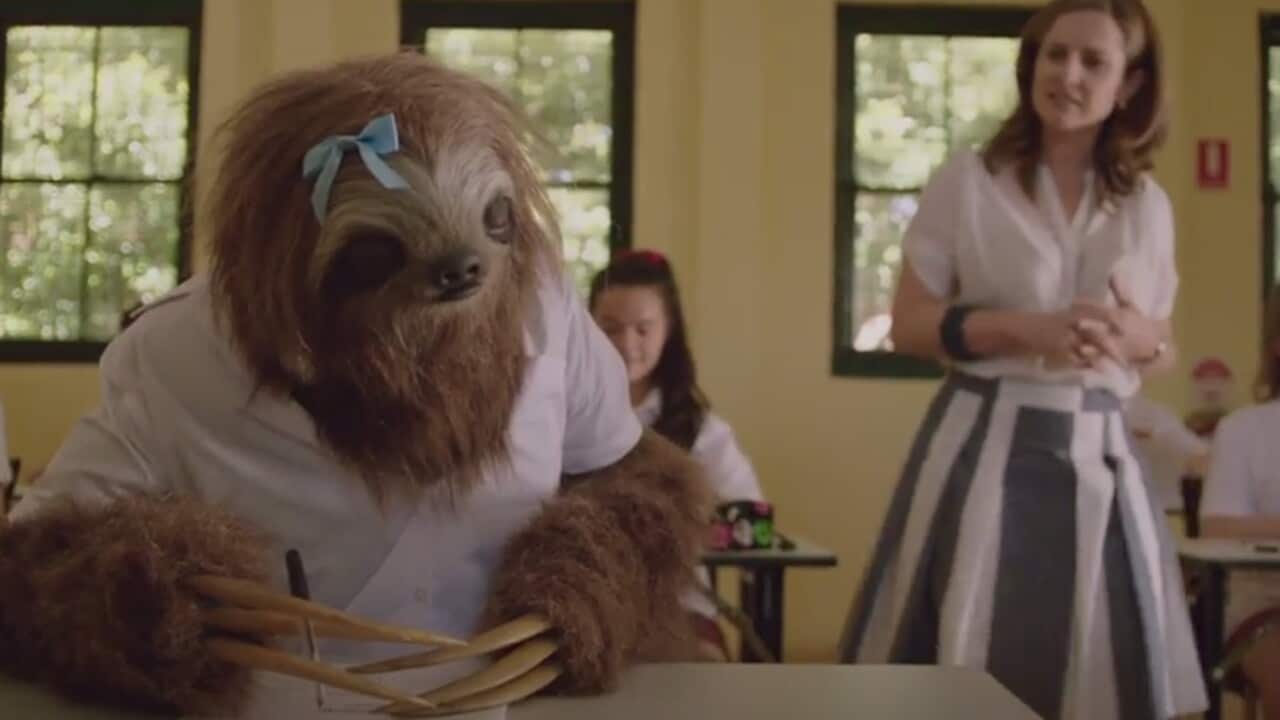 NSW government anti-marijuana campaign #stonersloth has crashed and burned - because it just so happens to be the name of a well-known online weed dealer.

The Tumblr video and gif campaign
uses the line and hashtag "You're worse on weed" with an actor dressed in a sloth suit in an attempt to show how marijuana ruins lives.

Jointly released with St Vincent's Alcohol and Drug Information Service, the campaign is "designed to raise awareness among teens of the risks and consequences of using recreational cannabis".

Advertisement
In one video clip, Delilah - an actor dressed in an animal sloth costume - struggles to submit a class essay while her peers brand her a 'stoner sloth'. The accompanying tagline drives home the message: "When you realise you should have hit the books and not the bong".

In another clip, a sloth named Jason, fails to pass the salt at the family dinner table and is dismissed with eye rolls and also called a 'stoner sloth'. The tagline reads: "Stoned at dinner and the struggle is too real".

However, the campaign seems to have missed its mark, attracting more criticism than it is reforming pot smokers.

The number of tweets mocking the campaign has helped to push the hashtag
#stonersloth
to the number one spot of phrases trending on Twitter Australia on Saturday.

The social media campaign - which is also on Facebook - uses tags like #fail #awkward #embarrasing (yes, it was spelled incorrectly) and #examfail.

In NSW, possessing or using cannabis attracts a fine up to $2,200 and can also include a two-year jail term or community service.