NSW has recorded 236 new local COVID-19 infections and three deaths, with less than two days until travel is allowed between Sydney and the rest of the state. 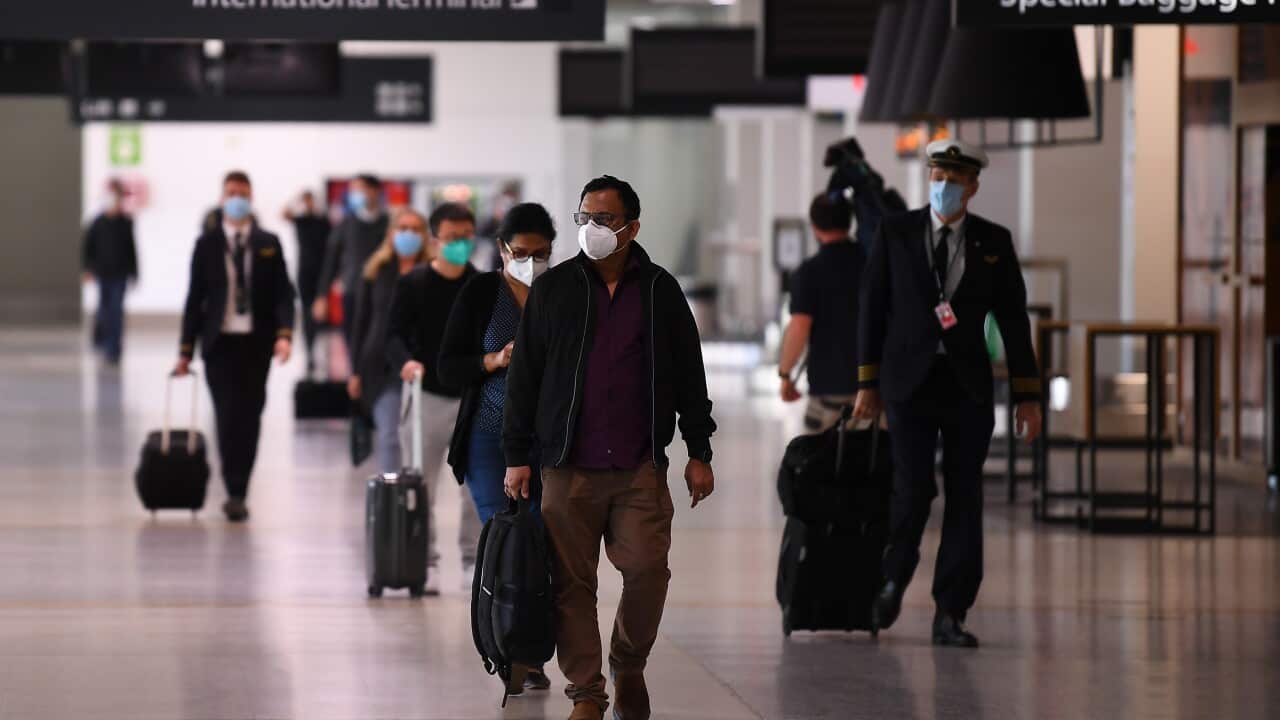 Sydney is set to open up to the rest of the state on Monday. Source: AAP

There are 236 new local COVID-19 infections in NSW while a further three people have died from the virus.

Deaths across the state since the start of the pandemic now stand at 569.

Authorities say the latest fatalities included a Newcastle man in his 40s and a western Sydney man in his 60s. Both had received one vaccine dose and had underlying health problems.

Advertisement
A Sydney man in his 80s who died at Liverpool Hospital was fully vaccinated but had also been ill before contracting the virus.

Some 343 COVID-19 patients remain in NSW hospitals, 81 of them in intensive care and 33 in need of ventilation.

More than 77,000 tests were conducted in the 24 hours to 8pm on Friday, while 93.5 per cent of NSW residents aged 16 or over have now received at least one vaccine jab.

The state's full vaccination rate stands at 87 per cent.

New cases continue to be detected in the regions. Of the 236 latest infections, at least 146 were reported in health districts outside Greater Sydney.

Some 73 cases were found in the Hunter New England, 33 in Murrumbidgee and 13 on the Mid North Coast. Others were reported in the Illawarra, on the Central Coast and in the Blue Mountains.

NSW Health's ongoing sewage surveillance program has also detected fragments of the virus in samples collected at Leeton in the Riverina, Mullumbimby in the Byron Shire, the northern township of Inverell and in Uralla on the Northern Tablelands.

Despite this, authorities are preparing to open up travel between metropolitan Sydney and beyond although Premier Dominic Perrottet says it won't happen until Monday.

"That was an unpopular decision for many people in Sydney," he said of the timetable on Friday.

"But it was the right decision for regional NSW."

Meanwhile a pilot program for rapid antigen home testing kits in public schools will begin in Albury, near the Victorian border, next week.

The kits will be handed out by schools for use at home by staff and students, who have to undergo a test twice a week as part of community surveillance.

They will also be used for close contact testing to identify positive cases on school sites.

However anyone who gets a positive result will have to get a standard test straight away to confirm the diagnosis.

In Sydney, at least 10 people either acquired the virus at Bondi's Tea Gardens Hotel last Saturday or attended while infectious, NSW Health says.

The pub has been referred to the regulator for its COVID-safety compliance to be reviewed.