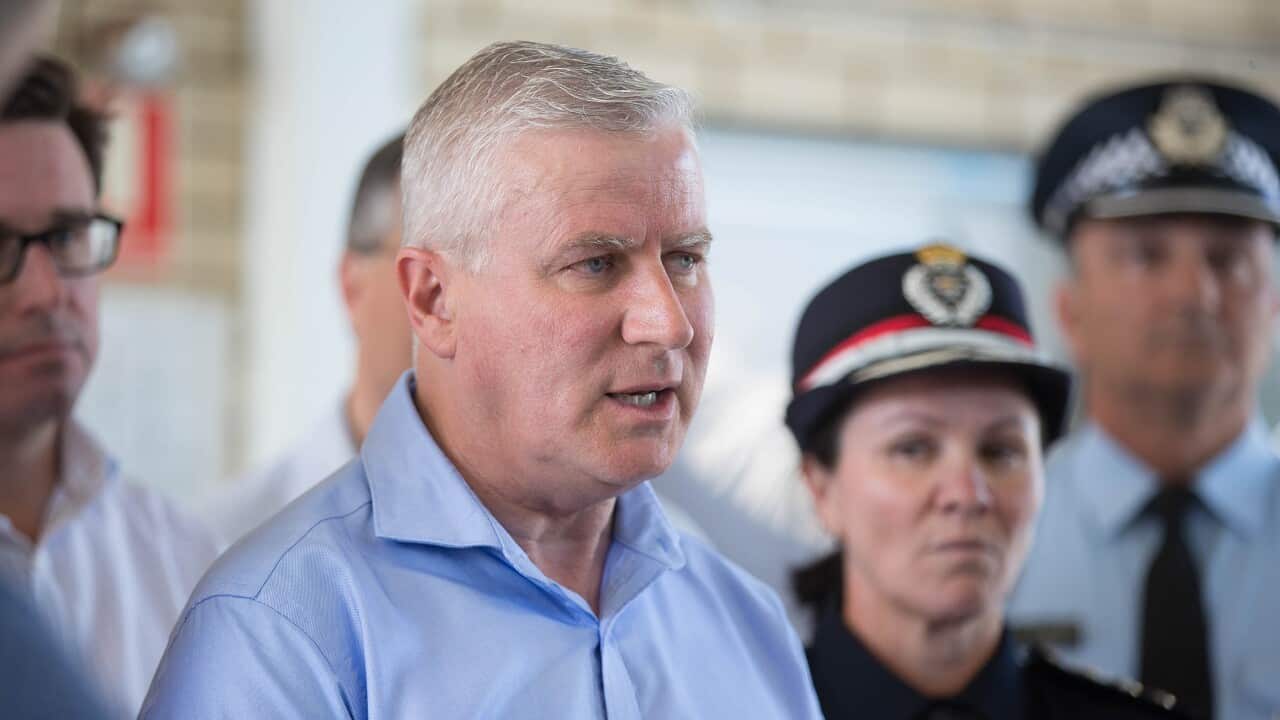 She cited how last week
a group of 11,000 scientists from over 150 countries formally declared a "climate emergency" after analysing over 40 years of global data
.

Why isn't he listening to the science? Carol Sparks

Three people have been killed and 150 homes destroyed in NSW
, while there are still many fires burning in central Queensland.

A firefighter defends a property in Torrington, near Glen Innes on Sunday. Source: AAP

Let's get through this crisis Penny Wong

Prime Minister Scott Morrison is seen comforting a man who has been evacuated from his home during a visit to Taree, New South Wales Source: AAP

The remains of the residence at Four Paws boarding kennels smoulders along the Pacific Highway south of Taree, Saturday, November 9, 2019. Source: AAP