A NSW mother has been charged with murder over the death of her six-week-old baby, who was found with her throat slit inside a home at Newcastle. 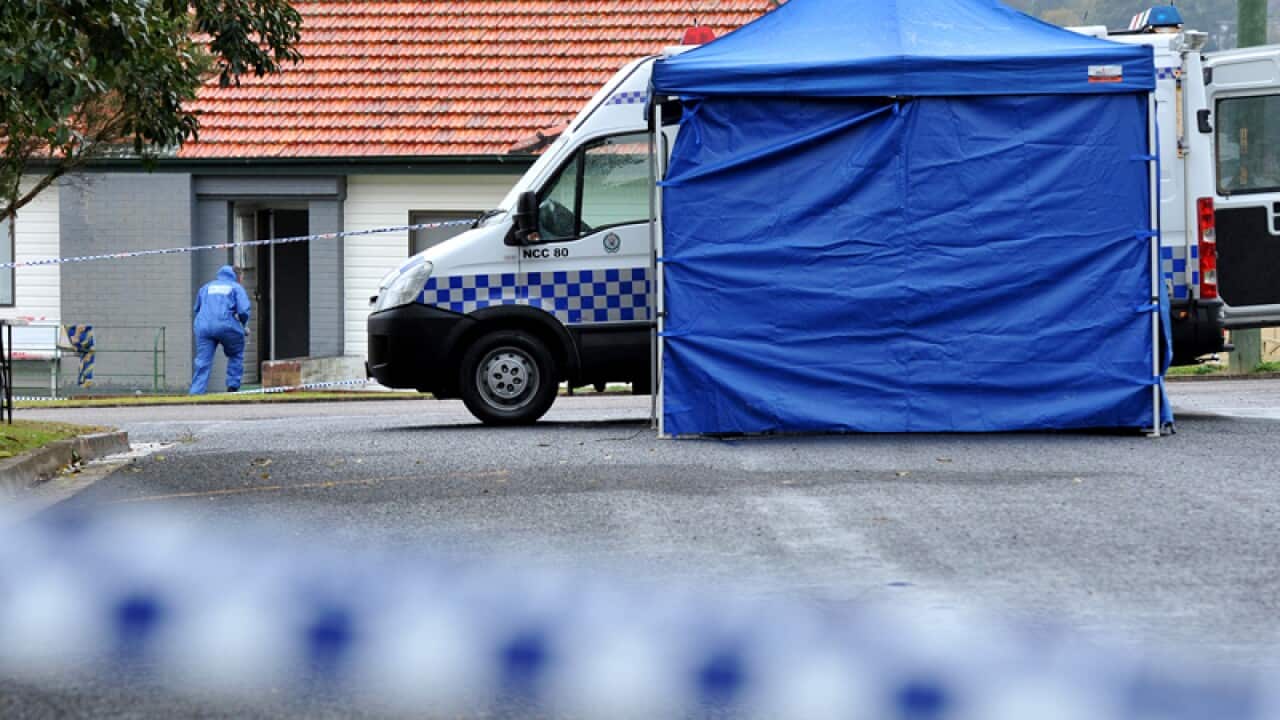 A woman is being questioned by police in Newcastle after a baby was reportedly found dead. (AAP)

A young mother whose six-week-old baby girl was found dead with her throat slit has been charged with murder.

The 26-year-old was arrested outside her house in the Newcastle suburb of Wallsend on Friday morning after the infant was found dead inside.

She will remain in custody until she appears before Newcastle Local Court on Saturday, police say.

Advertisement
A family member made the horrific discovery about 9am and called police, who arrived to find the dead baby's 26-year-old mother, her husband and another child.

Witnesses say the mother, who is Senegalese, walked out of the house with her head lowered before officers arrested her and took her to Waratah Police Station.

It is understood the woman's mental health will form a central part of the investigation and she is expected to undergo a psychiatric assessment.

The family moved into the area about six months ago, neighbours said.

"My mum takes toys to the kids and it is just a normal family," Kate Gilmore told AAP.

"My parents are very community-orientated, so it was just to say welcome to the community and congratulations on having the baby."

Ms Gilmore went outside her home after hearing sirens and saw an emotional family member pacing on the street and another woman sitting on a chair, wailing.

Ellen Graf, who lives across the road, also heard sirens on Friday morning before hearing a child's screams.

The death has shaken neighbours, who described the family as "very normal and just happy".

"The boys would wave, it was never any worry. It just came as an absolute shock," Ms Gilmore said.

A van arrived at the scene after 3pm and a small handled case was carried from the house and placed in the vehicle before it drove away.

Superintendent John Gralton said it was a very tragic set of circumstances.