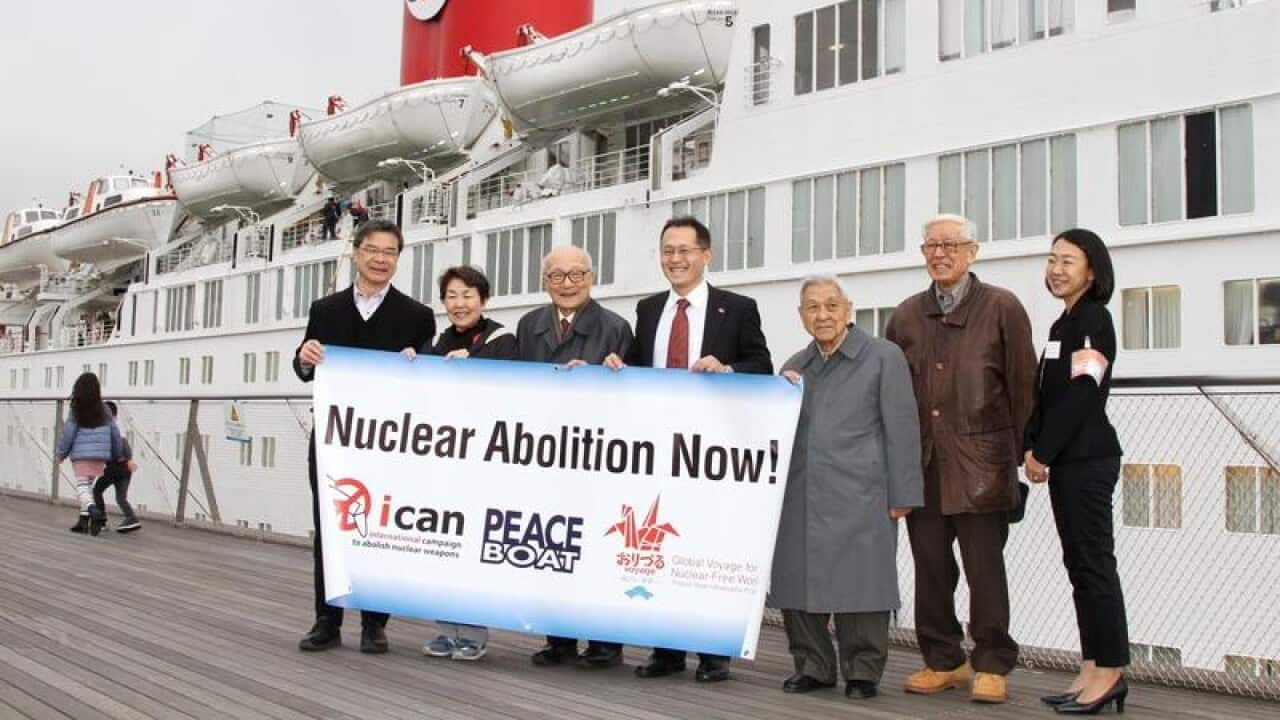 Japan's Peace Boat has sailed into Sydney Harbour carrying survivors of the Hiroshima and Nagasaki bombings as well as descendants of Aboriginal survivors of the 1950s Maralinga nuclear testing, to advocate for nuclear disarmament.

The 11-storey vessel is visiting Sydney as part of its 'Making Waves' tour, which is exploring the devastating humanitarian consequences of the use and testing of nuclear weapons.

Survivors from the 2011 Fukushima nuclear disaster were also onboard.

"The world is closer to nuclear war today than it has been in decades," Greenpeace Australia Pacific Campaigner Alix Foster Vander Elst said in a statement.

The Peace Boat, welcomed by the Maritime Union of Australia and Uranium Free NSW, entered the harbour at 7am on Monday.

Later in the day, a rally will be held outside official government offices, urging the Australian and Japanese governments to sign the UN Treaty on the Prohibition of Nuclear Weapons.

The Japanese survivors and Indigenous survivors of the 1950s British nuclear weapons testing at Maralinga in South Australia will address the midday rally at the Australian Government offices and the Japanese Consulate-General.