Former prime minister Bob Hawke says the Australian economy could be boosted by allowing nuclear waste to be dumped in remote areas. 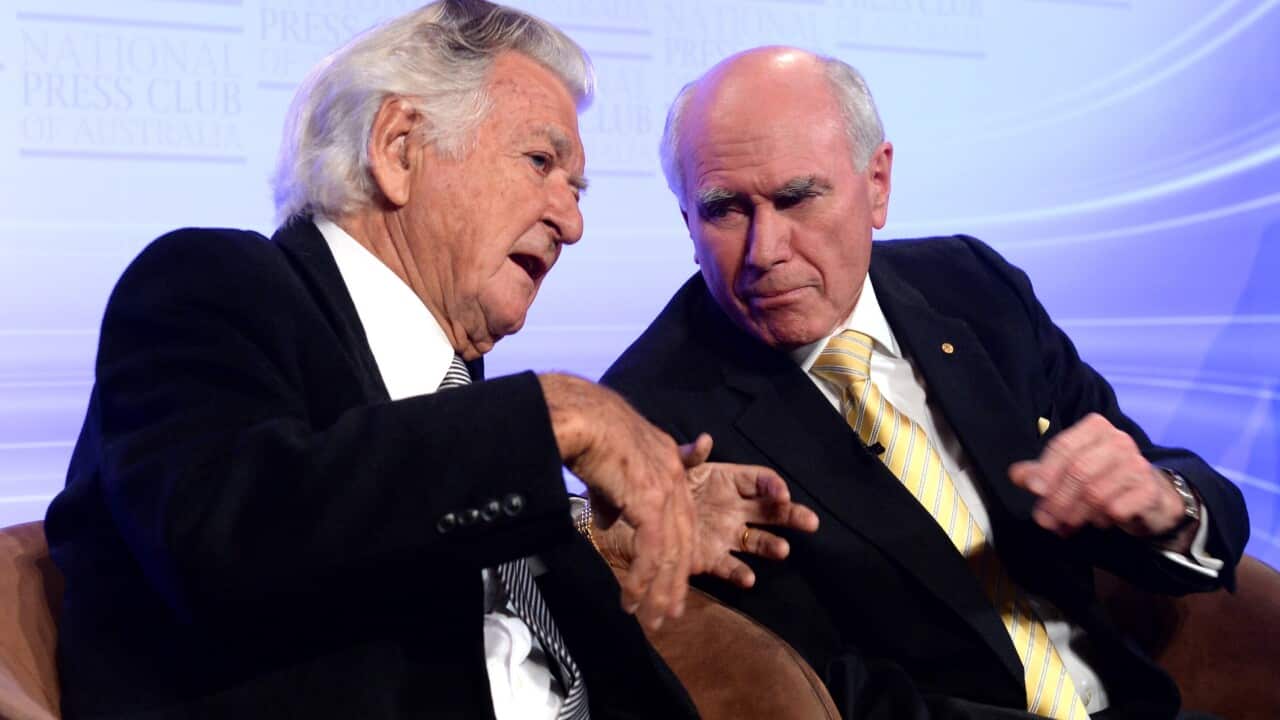 Australia should allow the world's nuclear waste to be dumped in the country's most remote areas, former prime minister Bob Hawke believes.

Mr Hawke has used an address to the National Press Club in Canberra to outline his vision for the Australian economy, as well as reflect on his political career.

The former Labor leader said Australia had a limited capacity to grow the economy and create jobs, while at the same time providing a decent social security safety net.

Advertisement
"The one thing this country ought to do is have the disposal of nuclear waste in remote areas," Mr Hawke said.

He said reports his government received in the early 1990s showed the viability of such an industry and its importance in helping clean up the global environment.

"We would get an enormous stable flow of income which could be used for the benefit of the world and our own benefit."

Reflecting on domestic politics, Mr Hawke said the states should be abolished because they are a "blight upon the optimum development of this country".

"The duplication and all that goes with that division of power is not in the interests of the country," he said.

He also called for greater bipartisanship in parliament, which was at present being held in contempt by the Australian people.

"I think something ought to be done to lift the performance in the parliament," he said.

Former prime minister John Howard, who joined Mr Hawke on the same platform at the Press Club, said he did not think Australia would ever get rid of the states.

"If you were starting again, you wouldn't have them," he said.

"But you won't get rid of them. I think our obligation remains to try and make the federation work better."

The former Liberal prime minister said one of the problems with modern politics was that neither major party was any longer a "mass movement".

"There is not a sense that their membership represents a very broad cross-section of the Australian community," Mr Howard said.

A second problem with political parties was the selection of candidates whose only life experience has been in politics, he said.

"You end up with far too many people whose life's experience has only been about political combat."