Nauru's president has blasted China's envoy at the Pacific Islands Forum, accusing him of bullying the small nation. 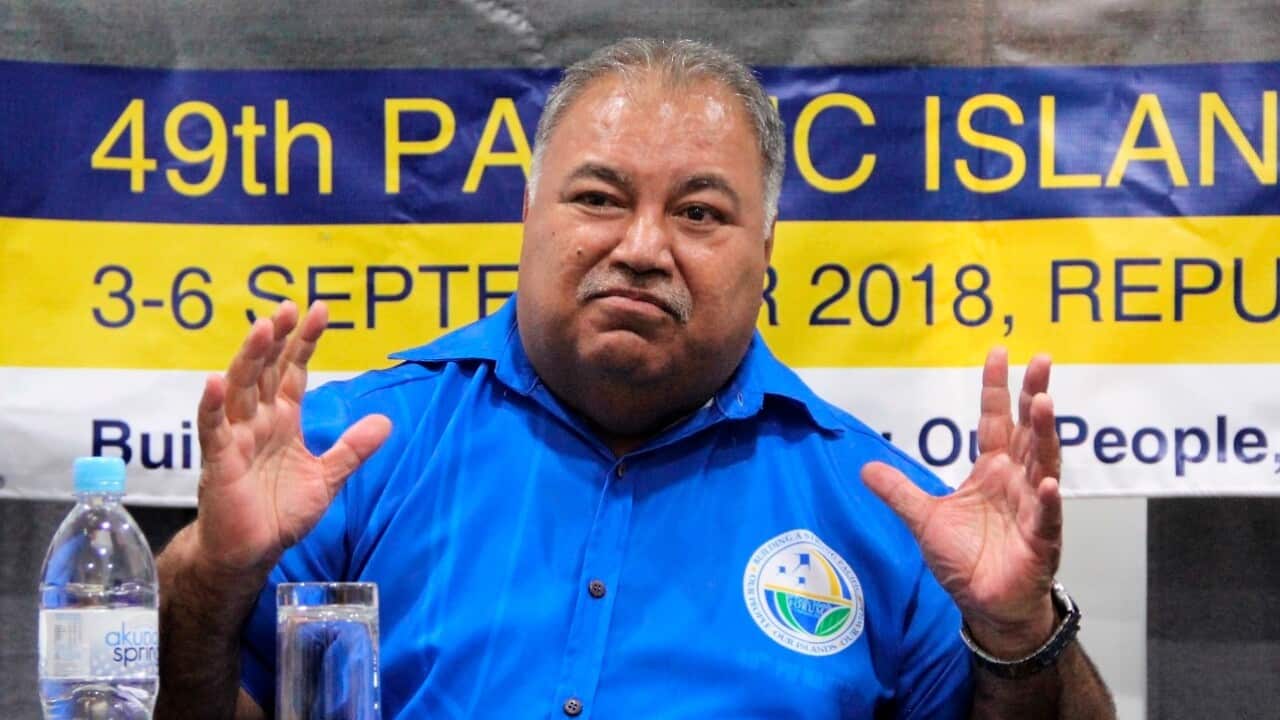 Nauru's president has labelled China's top diplomat at the Pacific Islands Forum "insolent" and accused him of trying to use Beijing's might to bully the tiny island nation.

President Baron Waqa's outburst followed a tense exchange at the summit he is hosting on Tuesday when China's Du Qiwen attempted to address a meeting about climate change but Waqa refused to let him speak.

Du and the Chinese delegation then stormed out, with Du reportedly striding around the room to emphasise his displeasure before leaving.

Nauru refused to stamp entry visas into Chinese diplomatic passports, instead saying it would only process their personal passports.

While seemingly a minor detail, it provoked threats of a boycott from other PIF members, many of whom receive development aid and concessional loans from Beijing.

Waqa, whose country has a population of just 11,000 and covers an area of 21 square kilometres (eight square miles), was unfazed about finding himself at loggerheads with the world powerhouse.

He accused Du of trying to throw his weight around and not respecting the fact that national leaders at the meeting outranked him and deserved to be heard first.

"He insisted and was very insolent, and created a big fuss, and held up the meeting of leaders for a good number of minutes, when he was only an official," Waqa told a press conference late Tuesday.

"Maybe because he was from a big country he wanted to bully us."

The exchange highlighted sensitivities over Beijing's rising influence in the Pacific, where China provided an estimated US$1.78 billion in aid to island nations between 2006-16.

The "soft power" wielded by Beijing has alarmed Australia and New Zealand, with both countries boosting their own aid programmes in a bid to maintain influence in a region they regard as their backyard.

China does not belong to the PIF but is one of 18 countries that attends as a "dialogue partner" for discussions with member nations.

Meanwhile, a New Zealand journalist who was taken into police custody for interviewing an asylum-seeker has disputed the official account of her treatment.

Nauru officials insisted TVNZ reporter Barbara Dreaver was not detained and "voluntarily accompanied" police, but Dreaver said this was not the case.

"For the record, I did not voluntarily accompany the police," she said.

"They ordered me to turn off the camera, confiscated my phone for 3-4 hours, told me I had breached visa conditions, said they were taking me to police station and ordered me into the police vehicle.

"They were professional throughout the entire process but it was not voluntary."

The plight of about 900 refugees held on the island under Australia's hardline immigration policies has threatened to overshadow the summit, despite attempts by Nauru authorities to control visiting journalists.

Dreaver's PIF accreditation was initially revoked but she said Wednesday it had been given back to her.

"Just got reinstated at the Pacific Islands Forum. Now I can do my job," she tweeted.