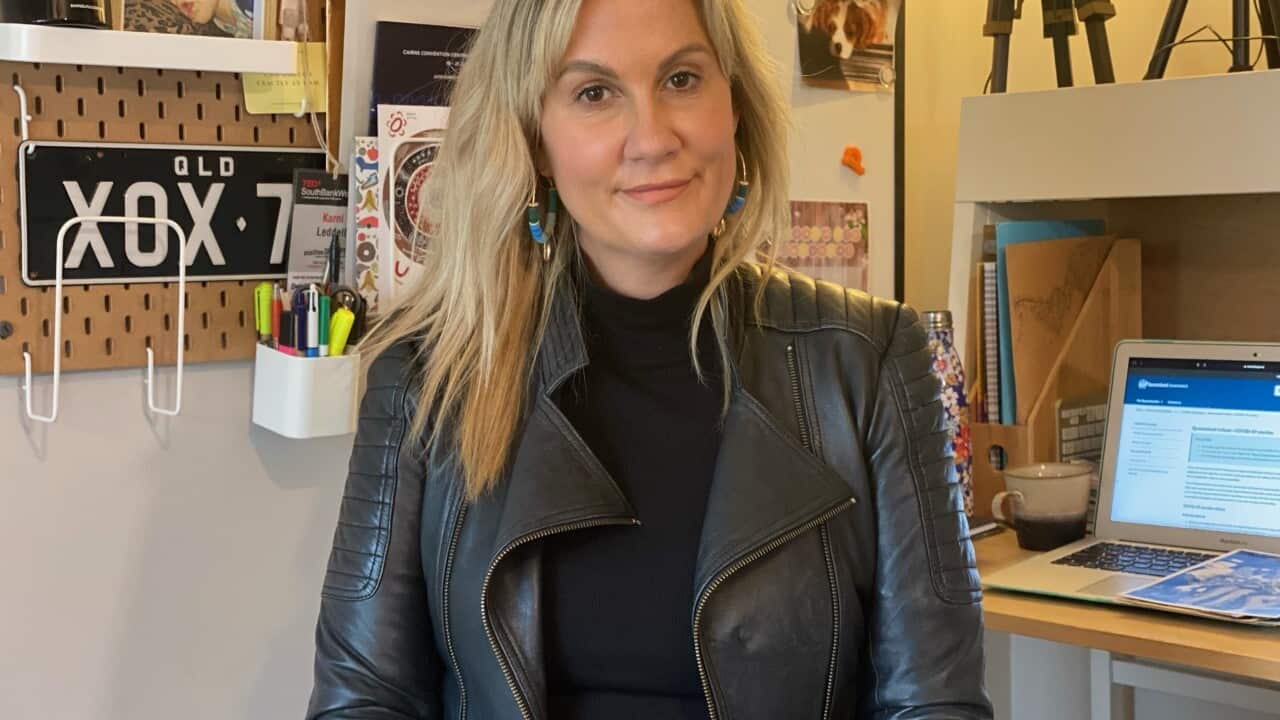 Paralympian Karni Liddell is a champion Australian swimmer, but her race to get vaccinated against COVID-19 has been slow and frustrating.

Ms Liddell, a social worker, has a neuromuscular wasting disease that affects her lungs and heart.

She told SBS News she should have been prioritised in the first round of the rollout.

Advertisement
"I went online, like everybody else...and tried every which way to find somewhere to do it. I just could not figure out a way or a place for me to go to," she said.
Karni Liddell is now fully vaccinated but she says her initial attempts to book the jab online and through her GP were unsuccessful. Source: SBS

In the end, Ms Liddell, who is now fully vaccinated, took matters into her own hands.

"I actually just rocked up a hospital without an appointment and it sounds like I am jumping the queue but as you can see I’m in an electric wheelchair and was absolutely supposed to be in that first round," she said.

In a damning draft report published on Monday, the disability royal commission says the rollout of COVID-19 vaccines to people with disabilities, and their carers, has been "seriously deficient".

The draft report makes 17 findings critical of the government's handling of the rollout, including its decision earlier this year to prioritise vaccines for aged-care residents while not informing the disability sector about it.

"People within the priority disability group did not know of the decision to de-prioritise the vaccination of people in residential disability accommodation for a period of six weeks," the draft report says.

"During this time, they proceeded on the misapprehension that the COVID-19 vaccine roll-out strategy would be implemented according to its terms."

"Not surprisingly, the failure to communicate the decision in a timely manner caused many people with disability to lose trust and confidence in the Australian Government's handling of the vaccine rollout."

Ms Liddell said there were also issues in navigating the booking system.

"I’m a social worker, that’s what we do for a living, is fill out paperwork and navigate government systems. If it was hard for me, I can only imagine how hard it would be for everybody else with any kind of intellectual disability, but also just people strapped for time," she said.

Warnings against opening up before everyone with a disability is vaccinated

The commission has told the federal government that no state or territory should be allowed to reopen until every Australian with a disability is fully vaccinated.

It warns too many lives will be endangered if states and territories are allowed to ease restrictions once they hit the 70 per cent double vaccination target in the national plan to reopen Australia.

The commission has urged the federal government to "use its best endeavours to ensure that no state or territory significantly eases restrictions" at 70 per cent unless it is sure of two things.

Firstly, all people with a disability should be fully vaccinated, or be satisfied they've had a genuine opportunity to do so.

Secondly, all active disability support workers should be fully vaccinated.

"Without that opportunity, they (people with disabilities) face significant risks to their health if they contract COVID-19," the draft report says.

Even fully vaccinated, Ms Liddell is particularly vulnerable to COVID.

"I actually recently had to let go a very good support worker because she refused to get vaccinated," she said.

Some states and territories, like NSW, are already planning to start opening up on or after 70 per cent of their population is vaccinated.

But data released on Monday shows only 66 per cent of NDIS participants living in shared accommodation, and 57.3 per cent of NDIS-screened workers have had double vaccine doses.

The draft report also said the federal authorities had consistently failed to consult and clearly communicate with the sector, and with Australians living with disabilities who were fearful of contracting the virus.

"The failures in framing and implementing the COVID-19 vaccine rollout strategy contributed to confusion and uncertainty among people in the priority disability group and people with disability generally," it says.

When asked on Monday about the Disability Royal Commission calling on states and territories not to open up until everyone with a disability had access to a vaccine, NSW Premier Gladys Berejiklian laid the responsibility with the federal government.

"There are certain areas of responsibility that the Commonwealth has in terms of vaccines but we have stepped in and absolutely done everything we can to protect those that are most vulnerable within our jurisdiction and within the power that we have and we will continue to do that," she told reporters.

"We are also relying on loved ones to let us know if there are pockets of people who don’t have access or there are concerns about."

"We’ve led very proactive campaigns for want of a better term, very proactive decisions on the ground to support communities who are the most vulnerable and also spent time talking to community leaders, talking to faith leaders, encouraging people to take up the vaccination and we’re working as hard as we can."

The draft report is the second produced by the royal commission and follows a hearing in May on the experiences of people with a disability and COVID-19.

A spokesperson for Health Minister Greg Hunt told SBS News that as at 27 September, the vaccination rate for NDIS participants 16 years and over and living in shared accommodation was 66 per cent.

"The government continually considers all issues raised during the Royal Commission and will formally consider the recommendations and findings once the report is finalised and delivered to the Governor-General, noting it is currently a draft and has not been provided to the Government in the usual way."