Authorities had been searching for the parents of the Michigan teen accused of murdering four students at his high school. 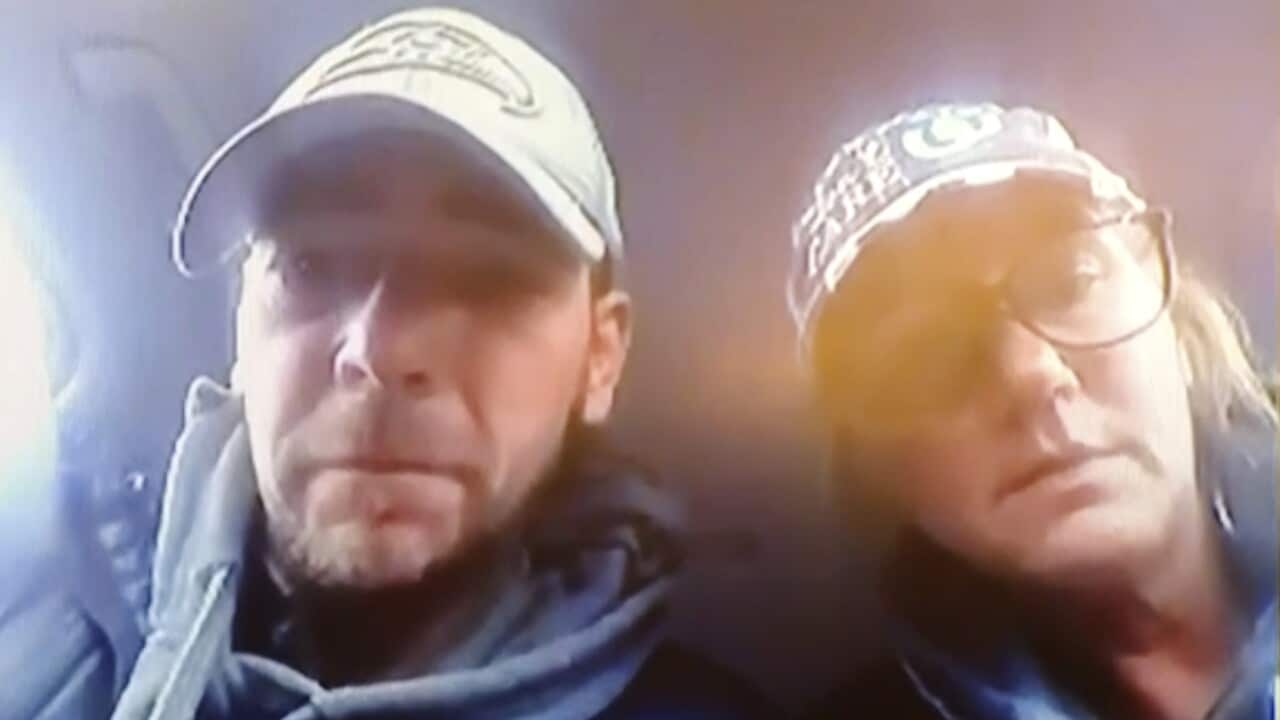 James, left, and Jennifer Crumbley are shown during the video arraignment of their son, Ethan Crumbley. Source: AP

The parents of a Michigan teenager accused of murdering four fellow high school students were taken into custody on Saturday, a day after each was charged with four counts of involuntary manslaughter in connection with the campus mass shooting.

Authorities began searching for James and Jennifer Crumbley after Oakland County prosecutors announced the charges on Friday, saying the Crumbleys bought the gun for their son as a Christmas present and then ignored warning signs that may have presaged such a massacre.

Detroit police said in the early hours of Saturday that they had taken the couple into custody.

Advertisement
The police found the two at what "looked like a residential building," Detroit police spokesman Rudy Harper said.

"We arrested them," Mr Harper said when asked if the parents turned themselves in.

The couple's 15-year-old son, Ethan Crumbley, is being held without bail and has been charged as adult on suspicion of carrying out the deadliest US school shooting of 2021 on Tuesday at Oxford High School, about 60 km north of Detroit.

Crumbley's parents were expected to appear for a Friday afternoon arraignment but stopped responding to calls from their attorneys, according to Oakland County Undersheriff Mike McCabe, prompting a search by the Sheriff's Fugitive Apprehension Team.

After they failed to appear, the US Marshals Service said it had taken on the case and was joining Oakland County officials in the search.

"The action of fleeing and ignoring their attorney certainly adds weight to the charges," Oakland County Sheriff Michael Bouchard said in a statement on Friday.

"They cannot run from their part in this tragedy."

Even so, lawyers for the parents issued a statement on Friday saying they intended to return for their arraignment.

"They are not fleeing from law enforcement," attorneys Shannon Smith and Mariell Lehman said.

Four days before the shooting, Ethan accompanied his father to a gun shop, where James Crumbley bought a 9mm handgun, prosecutors said.

Ethan posted photos of the gun on social media, writing, "Just got my new beauty today." The next day his mother posted that the two of them were "testing out his new Christmas present," Oakland County Prosecutor Karen McDonald said.

Ms McDonald detailed a number of other warning signs that she said the parents failed to act on.

On 21 November, a teacher found Ethan Crumbley searching for ammunition on his phone.

His mother later texted him, "LOL, I'm not mad at you. You have to learn not to get caught."

Members of the community attend a prayer service and candlelight vigil at Bridgewood Church in Clarkston, Michigan. Source: EPA

On the morning of the shooting, a teacher discovered drawings by Ethan Crumbley that depicted a handgun, a bullet, and a bleeding figure next to the words "Blood everywhere," "My life is useless," and "The thoughts won't stop - help me."

School officials summoned the Crumbleys and instructed them to get Ethan into counseling within 48 hours, Ms McDonald said.

The parents "resisted" the idea of taking their son home from school and did not search his backpack nor ask him about the gun, she said.

After the Crumbleys left the meeting without their son, Ethan Crumbley was returned to class and later walked out of a bathroom with the gun, killing four students and injuring seven other people, authorities said.