A controversial plan to segregate people wearing face coverings in Parliament House has been abandoned. 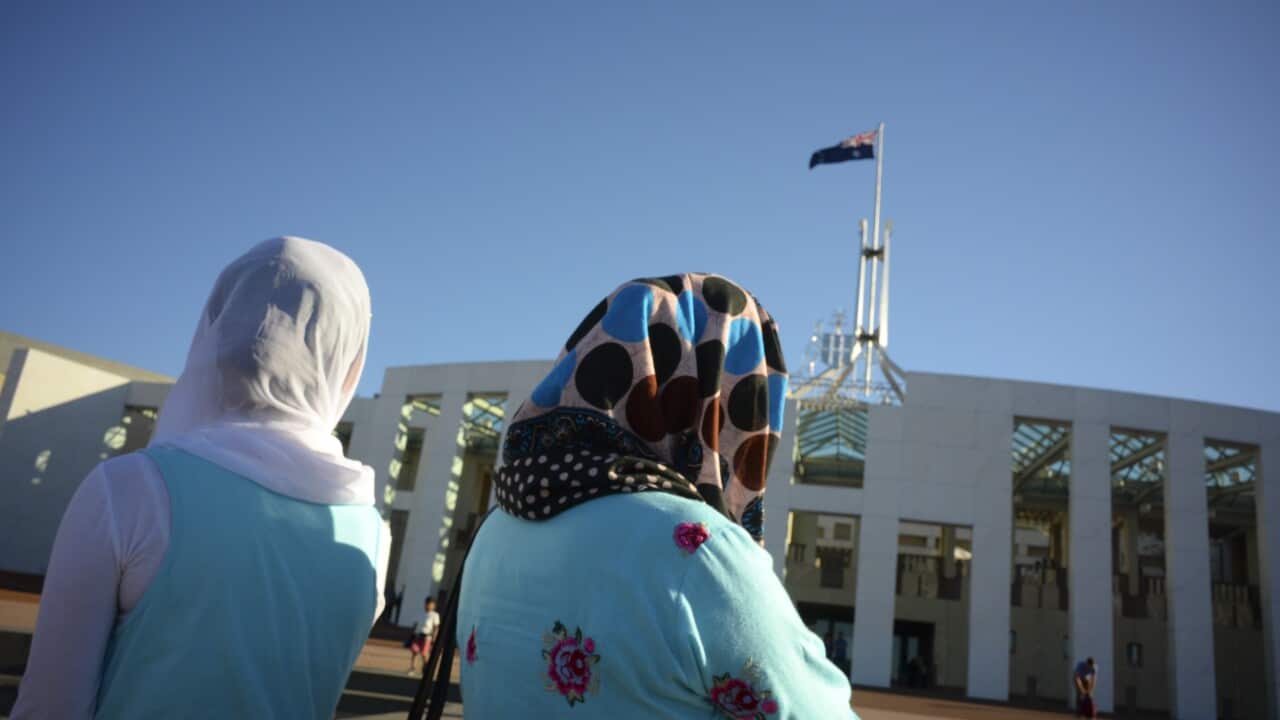 Parliament's presiding officers have dumped their controversial interim ruling that people wearing burqas or niqabs in the public galleries be segregated behind glass.

In a new security circular issued by the Department of Parliamentary Services this morning, visitors will now be required to show their faces and to show identification upon entering Parliament House but after that, will be free to move around.

Advertisement
On the last day of the sitting fortnight two weeks ago, the Speaker of the House of Representatives, Bronwyn Bishop, and the Senate President, Senator Stephen Parry, issued a temporary ruling that anyone wearing facial coverings would be required to sit in soundproof glassed-galleries high above the chambers, normally reserved for school children.

The move followed a request from South Australian Liberal Senator Cory Bernardi for the presiding officers to ban the burqa in Parliament altogether.

It is understood the segregation move was made after concerns were raised that protesters may be planning to enter the galleries wearing burqas or niqabs.

In the Senate, Senator Parry said the ruling was designed to be able to identify hecklers.

But the ruling prompted a community backlash and the Prime Minister stepped in to request it be revised.

In the new ruling issued today, the department says that all visitors entering Parliament House will be "required to temporarily remove any coverings that prevent the recognition of facial features".

"This will enable DPS security staff to identify any person who may have been banned from entering Parliament House or who may be known, or discovered, to be a security risk," it says.

"Once this process has taken place, visitors are free to move about the public spaces of the building, including all chamber galleries, with facial coverings in place."

The House of Representatives resumes sittings today and the Senate begins a week of Budget Estimates committee hearings, in which Senator Parry faces questions on the running of Parliament.