Pauline Hanson will discuss the Sentinelese's "immigration policy" in the Senate. 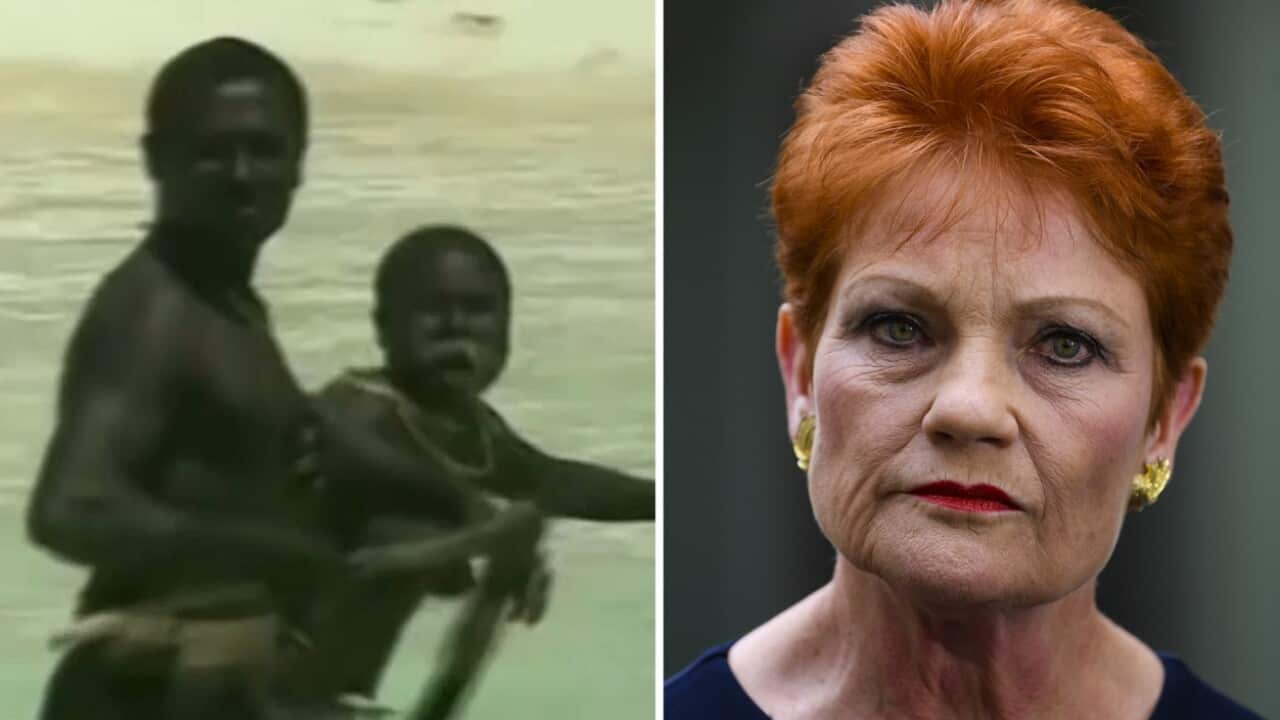 Members of the Sentinelese tribe and Pauline Hanson. Source: AAP

One Nation leader Pauline Hanson has commended the "immigration policy" of a reclusive, pre-Neolithic tribe.

On Tuesday, Ms Hanson announced she would ask the Senate "to acknowledge the terrible impact immigration would have on the Sentinelese people".

One of the world's last "untouched" peoples, the Sentinelese made headlines earlier this month after
killing American missionary John Allen Chau
.

Advertisement
The tribe is almost entirely shut off from the rest of the world. Source: AAP

"I for one will not be condemning the Sentinelese as racist for keeping their borders closed, nor will I condemn them for their lack of diversity," Ms Hanson told SBS News.

"The case of the isolated people of the North Sentinel Islands has highlighted a fact that many in this place are reluctant to admit. That immigration can have a devastating effect on a people's culture and way of life," she said.

"You would be hard pressed to find a single expert who would argue against protecting the Sentinelese peoples culture and way of life through limiting migration to their island. "

Announcing the Notice of Motion on Facebook, Ms Hanson said "it will be interesting to see if Labor and the Greens are willing to support a country with such harsh immigration rules. You would think they would be offended by the lack of diversity right?"

The Sentinelese are the most isolated among the native tribal groups that inhabit the Andaman Islands. Part of India, North Sentinel is protected by laws which ban any contact with the Indigenous people.

On November 17, Mr Chau was killed with arrows as he illegally set foot there and tried to convert the population to Christianity. His body remains on the island.

Fears that 21st-century diseases as mild as the common cold could kill off the tribe, or that experiencing electricity and the internet would devastate their lifestyle, has left them in a guarded bubble.

The Sentinelese normally attack anyone who goes to the island. Two fishermen who strayed onto the island were killed in 2006.