The defence minister has doubled down on his claim that the Chinese Communist Party is backing Anthony Albanese's tilt to become the next prime minister. 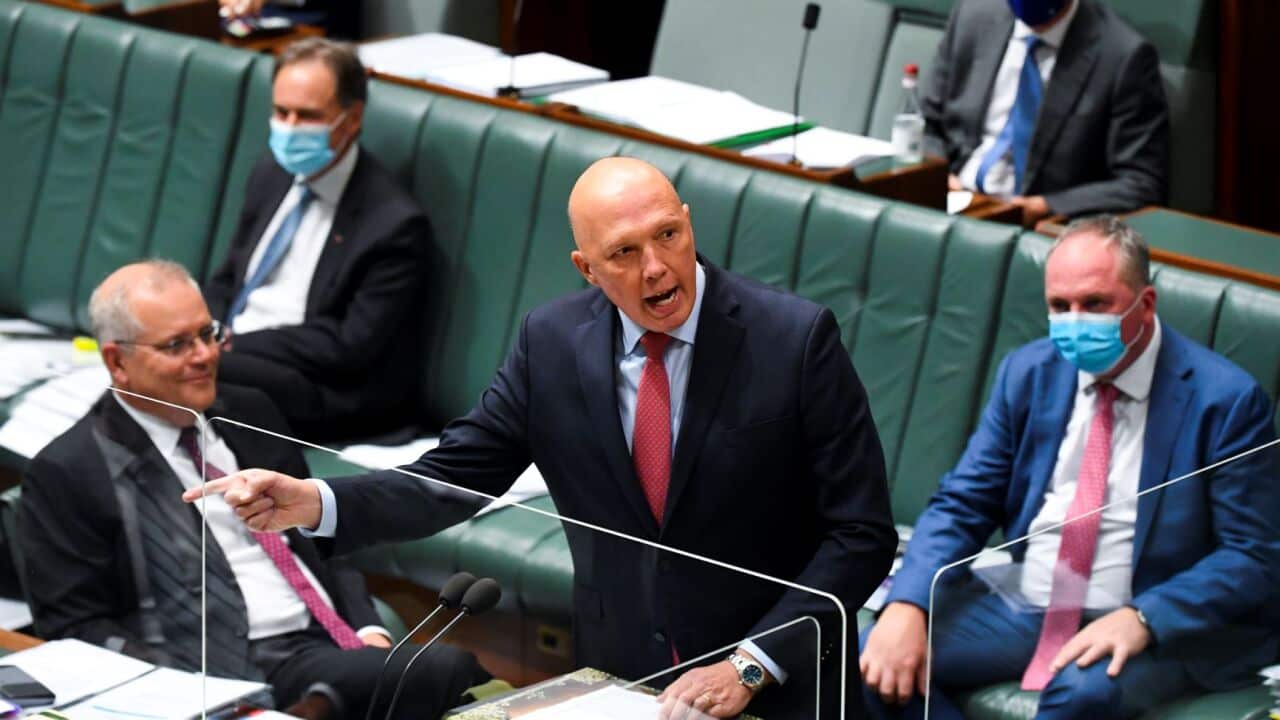 Defence Minister Peter Dutton has doubled down on a provocative claim that the Chinese government has “picked” opposition leader Anthony Albanese as its preferred prime minister, after facing fierce backlash to the comments on Friday.

Mr Dutton initially made the allegation during Question Time in parliament on Thursday, saying China's ruling Communist Party had “made a decision about who they’re going to back in the next federal election … and that is open and that is obvious, and they have picked this bloke [Anthony Albanese] as that candidate”.

He has not provided any evidence to support this claim.

Advertisement
Labor Leader Anthony Albanese has accused the defence minister of attempting to distract from his government's performance.

“I understand the government is desperate for distractions at the moment but I say to them that national security is too important to engage in game playing," he told reporters.

“It is using dealing with matters of grave national security - purely for crass political advantage."

Prime Minister Scott Morrison had echoed Mr Dutton's attack in parliament, claiming that “those who are seeking to coerce Australia” knew that “their candidate” in the election was “the leader of the Labor party”.

Mr Dutton has claimed his assertion is supported by “open source” information about Chinese infiltration and influence within the Labor party, describing it as “uncontroversial”.

“If you look at the facts in this case they - certainly from what I see both open source and other intelligence that I see - it’s a statement of the obvious,” he told ABC Radio.

“There is no doubt that there are elements within the Communist party that would be very happy to see the back of our government.”

But Mr Turnbull rejected his former Liberal colleague's attempt to undermine the opposition leader, saying the claim had "no basis in fact".

“The proposition that Anthony Albanese is under the influence or of the Chinese Communist Party is ludicrous - I mean they may as well accuse him of being a martian.”

In his interview, Mr Dutton claimed Mr Albanese doesn’t want to be talking about national security or China, or other related matters.

Labor has maintained its approach to Beijing’s increasing aggression in the region is in line with the Morrison government, despite raising concerns over its handling of diplomacy with Beijing.

It has supported the government’s diplomatic boycott of the Beijing Olympics, as well as criticising the Chinese government’s record on human rights, including the treatment of ethnic minority Uyghurs.

Mr Albanese has previously said China has become “far more forward-leaning” in recent times, maintaining that Australia must “speak up for our own values” against this change in approach.

ASIO Director-General Mike Burgess delivered a speech on Wednesday night saying foreign interference must be guarded against ahead of an election, but stressed it was not "confined to one side of politics".

"It is critical we do not let fear of foreign interference undermine stakeholder engagement or stoke community division," he said.

"Were this to happen, it would perversely have the same corrosive impact on our democracy as foreign interference itself."

Mr Burgess also confirmed the spy agency had recently detected and
disrupted a foreign interference plot
in the lead-up to an election in Australia.

The Sydney Morning Herald on Friday reported multiple security sources had confirmed to them this attempt involved a Chinese spy ring trying to bankroll NSW Labor candidates in the upcoming federal election.

Mr Albanese has since responded to the report, saying he has contacted ASIO's director-general, who confirmed to him no concerns have been raised about their Labor candidates.

"I can’t be clearer than that," he said.