Peter Dutton's wife has revealed the family is under police guard and has received online death threats, as Kirilly Dutton went on record to defend her husband. 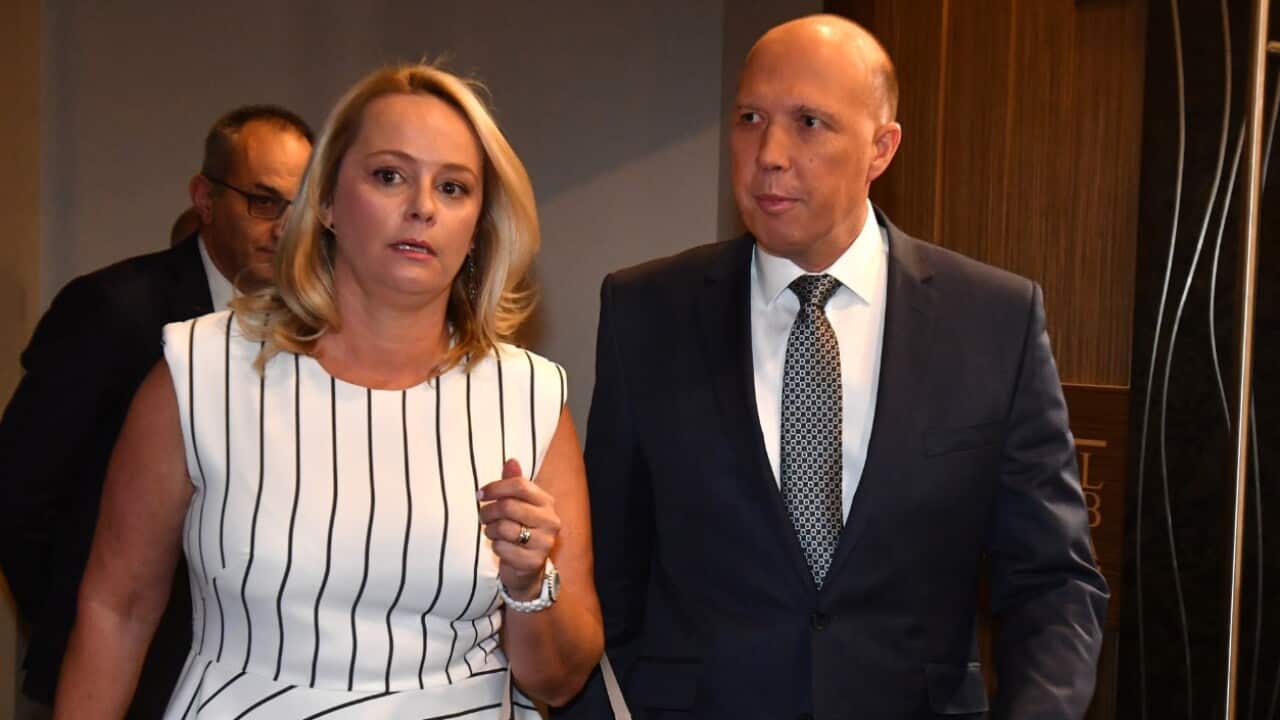 The wife of Liberal frontbencher Peter Dutton has spoken out in his defence as she revealed her family has received death threats.

Kirilly Dutton said the home affairs minister is "a really good father" and not a monster, and that emails with photoshopped pictures of Mr Dutton being killed or hurt have been sent to childcare centres she owns, among other material.

"Anybody who knows him well gets quite riled up about the things people say about him, because they say, 'that's not him'," Mrs Dutton told The Sunday Mail.

Advertisement
"You've got to bear in mind he's the Minister for Home Affairs. It's not a light and bubbly subject."

The 48-year-old former detective Mr Dutton has personal protection and federal police guard the family property around the clock because of threats from organised criminals, bikies and activists, it was revealed.

Mrs Dutton said the email attacks on her family were "demented and perverted".

"They are personal attacks, death threats, threats of injury, threatening our children by name. It makes me angry and really upsets me," she said.

Mr Dutton is fighting to hold onto the seat of Dickson on Brisbane's northern outskirts, which he has held for 18 years, as the May 18 federal election looms.