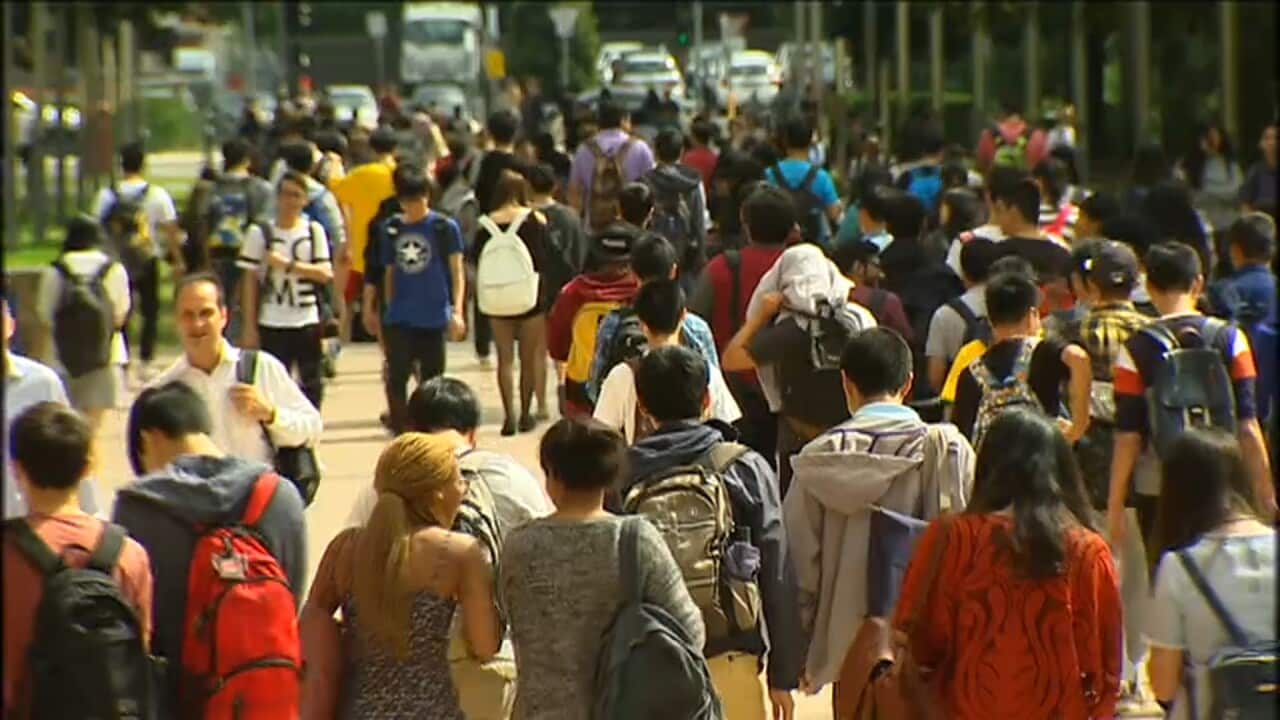 International students are being encouraged to study at regional universities under a federal government plan to ease population growth Source: SBS

Prime Minister Scott Morrison is considering a plan to encourage international students to move to regional centres, which could ease population growth in Sydney and Melbourne.

“But I can tell you in the outer suburbs of Sydney and Melbourne, they don’t so it’s about how you manage population and there are plenty of levers for how you do that.”

Advertisement
There were more than 786,000 international student enrolments last year but just over 3 percent were in regional areas according to the ABS Source: SBS

According to the Australian Bureau of Statistics, there were more than 786 thousand international student enrolments in 2017, but less than four per cent of those were in regional areas.

A move to make those universities more enticing is being welcomed by regional institutions.

“[Students] interact a lot more with the people in the community here [Armidale] so they get to have a more true Australian experience,” University of New England vice-chancellor, Annabelle Duncan, told SBS News.

“The common language between all the international students and the domestic students is English so they practice their English a lot more.” Ms Duncan said.

But the body representing international students is worried they may not have the necessary facilities to make it an enticing option and the plan could have an adverse effect.

“Regional institutions might not have all the courses that the city universities would have,” president of the Council of International Students Australia, Bijay Sapkota, told SBS News.

“There could be less opportunity for work integrated learning because big corporations would be established in the city area rather than the regional area.”